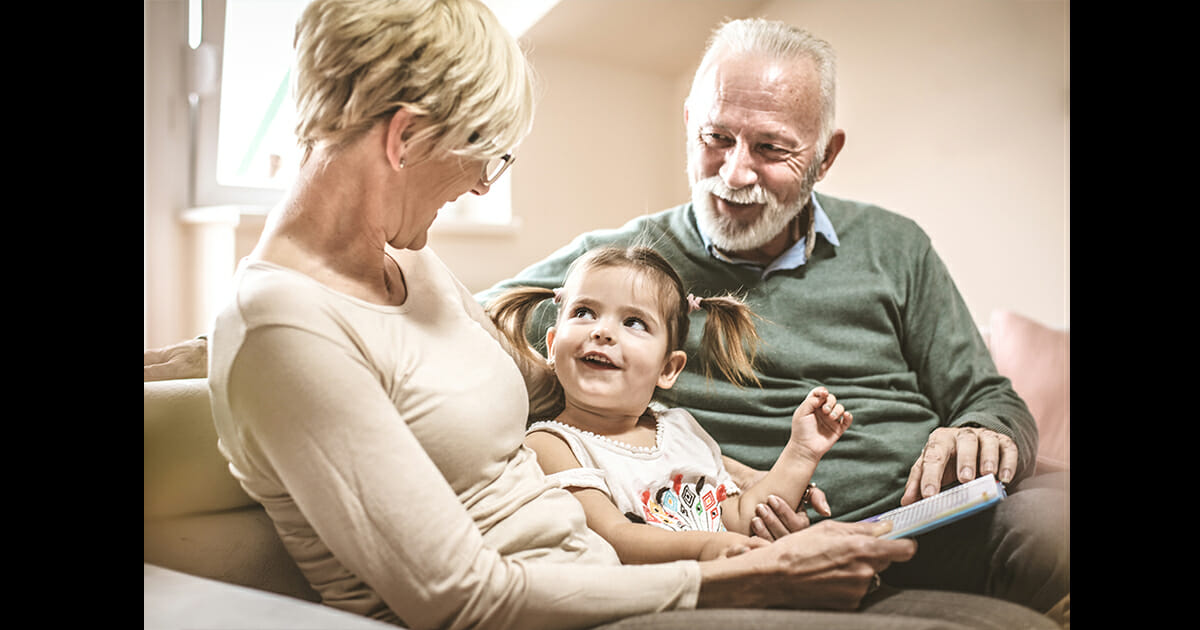 Speaking from firsthand experience, I can attest to the immeasurable bond forged when your grandchild is born.

The idea that your own child can have their own child brings so much joy.

Those lucky enough to spend time with their own grandparents growing up will understand it from the other end of the spectrum.

In any case, new research suggests that the connection between a child and their grandparents is even more significant than any of us perceived. It turns out that having a close relationship with your grandma and grandpa can literally reduce the risk of a child becoming depressed.

The study in question, published online in the journal The Gerontologist, included 356 children and 373 grandparents.

Boston College researchers analyzed the subsequent data over a period of 19 years, with the results suggesting a child is less likely to become depressed if they’ve been close to their grandparents.

Not only that, but the positivity spreads in the other direction as well: grandparents who share close relationships with their grandchildren are also less likely to show symptoms of depression.

This is thought to be because grandparents provide stability and emotional security for their grandchildren – unlike any they can get elsewhere.

“A grandparent who shows up is present,” writes one mom, Elizabeth Broadbent, who has parents who are very involved in her kids’ everyday life.

“They hug your kids. They ask about their day. They love them. Your kids get one more person in their lives who care about them, and that’s worth more than anything else.”

And don’t forget about all those little-but-big things grandparents might do for your kids and family.

“They remember your birthday and make you a cake. They give your spouse (your spouse!) a birthday card and a present. If you need to cry because you have to put your dog to sleep, that grandparent’s right there for you,” Broadbent says.

Another study, this one from the University of Oxford, found that close bonds between grandparents and their grandchildren helped the children be better when it came to coping with traumatic life experiences, such as bullying at school or a divorce in later life.

Kimberley Agresta, a clinical social worker, says: “If parents regularly involve grandparents in their child’s life early on, a child can develop real emotional closeness to the grandparents and begin to see the grandparent as a source of strong social support. So a child will feel that they have other adults, aside from their parents, who love and care about them in the same way, and this adds to their sense of stability and security.”

Speaking from my own experience, I can say that just as my grandparents benefitted me, so to do my grandchildren. We have a bond unlike any other I’ve ever had, and they know they can come to me with whatever problems they may be having in life.

Do you have grandchildren? Do you feel like the connection you have is special? Let us know in the comments box.