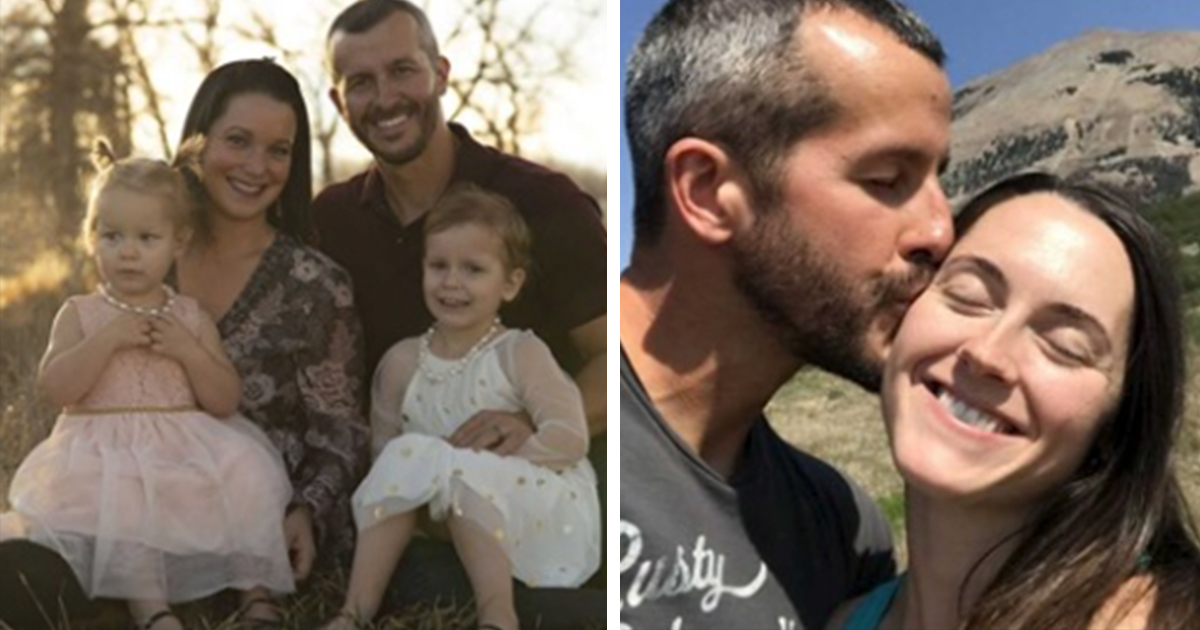 It was a case that sent shockwaves around the world – in August 2018 Chris Watts murdered his pregnant wife and their two young daughters.

To anyone who knew this family they appeared to have it all. But for reasons only Watts will ever know, the 35-year-old strangled his wife Shanann at their home in Colorado and then smothered his daughters Bella, 4, and Celeste, 3.

It emerged that Watts had been having an affair with his co-worker Nichol Kessinger who reportedly cut him off after her lover confessed to his horrific crimes. Kessinger changed her name and left Colorado.

Now a fellow inmate says the two are still in touch and she’s writing to him under a new name.

According to fellow inmate David Carter, who also served time at the Dodge Correctional Institution in Waupun, Wisconsin, where Watts is being held, recently spoke with the Daily Mail and shared some insights into Watts’ life in jail.

“He told me she said that she needed to speak to him to clear some things up,” Carter told the British newspaper. “He wouldn’t tell me exactly what she had said.”

Watts is serving five life sentences plus 84 years without the possibility of parole for murdering his family.

The affair he was having with Kessinger was believed to be the catalyst that prompted him to strangle his wife at their home in Frederick Colorado and put her body in his truck.

He then took their two daughters with him out to a remote worksite owned by Anadarko Petroleum – the oil company that he worked for – and dumped Shanann’s body in a shallow grave before putting the bodies of his children in an oil tank nearby.

The morning after Watts killed his family, he texted his mistress about future plans, the court heard, according to Fox10.

Now fellow inmate Carter has revealed to the Daily Mail that Watts and his former mistress Kessinger were first in contact in September 2020.

Watts claimed that prison authorities discovered what was happening and punished him by suspending his email account carefully monitoring all his mail.

“He wasn’t supposed to have any contact with her, but she initiated it by writing to him,” Carter, who was released from jail in February, told the Daily Mail.

Kessinger received hate mail after their affair was exposed and despite not knowing Watt’s intention, she still lives in hiding almost two and half years after he admitted his horrific crimes.

Carter says Watts shares his small cell with another child killer Marcus “MJ” Johnson who was sentenced to 40 years in 2015 after killing his girlfriend’s 3-year-old son.

According to Carter the two get on well and look out for each other. Watts has pictures of his girls on his cell wall but none of his wife, Carter added.

In the book Letters From Christopher: The Tragic Confessions of the Watts Family Murders, Watts told author and pen pal Cheryln Cadle that he was still in love with Kessinger.

He also said that he believed some of the letters he got in jail were written by her under different names. Carter says that it’s unclear whether it’s really Kessinger writing or if Watts simply thinks it is.

Former inmate Carter also said Watts told him he killed Shanann because he didn’t want to pay child support. He also admitted that he didn’t want the baby that Shanann was carrying; the 34-year-old mom was said to be 15 weeks pregnant with their son when he killed her.

As well as death threats and hate mail the notorious murderer also receives mail from female admirers and even money, according to Carter, which goes toward the $6 million he was ordered to pay Shanann’s parents in a wrongful death lawsuit.

Carter also revealed that Watts has become very religious since he was jailed, works as a butcher in the prison kitchen, and spends a lot of time in the law library where the former inmate says he’s preparing an appeal.

Despite confessing to the crimes and admitting what he had done to his father before he went to the police, he still believes he’s innocent.

This case will forever fascinate and horrify the nation, especially as Watts never revealed the exact details of the case.

Shanann’s family will forever be wondering what really led Watts to commit his heinous crimes, and ultimately destroy all they held precious.