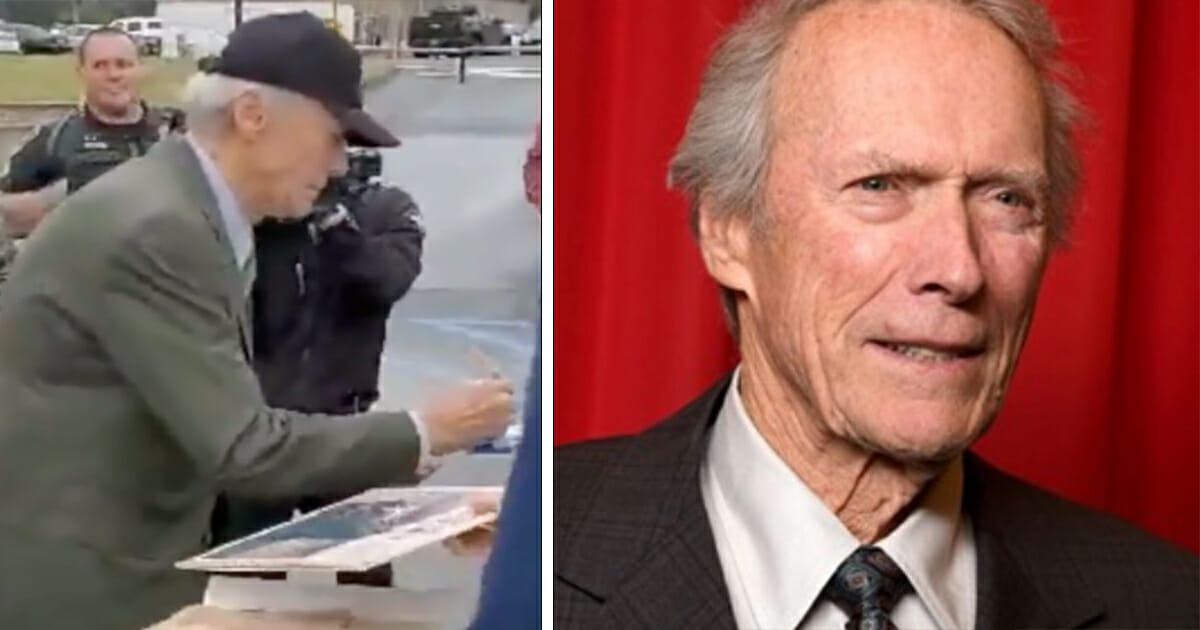 Clint Eastwood has long-since established himself as a hero for millions. It’s no surprise really; the Hollywood legend has been a presence on and off screens for the better part of half a century.

The 89-year-old visited Camp Pendleton on Saturday for an early screening of his new film … and of course he made a point of meeting and greeting Marines and sailors.

It was at that very same base that Eastwood filmed Heartbreak Ridge back in 1986, so it was touching to see the actor there again. In typical heartwarming fashion, Eastwood was seen signing autographs for fans and meeting the current Marines and sailors stationed there.

“I see this and I’m proud that I got a chance to play a Marine, even though I’m not qualified to be a Marine at this present time,” the actor said.

Watch the trailer for Richard Jewell below:

Eastwood was at Camp Pendleton to mark the early screening of his new film Richard Jewell. The flick is based on an American security guard who was falsely accused of planting a bomb at the 1996 Summer Olympics in Atlanta.

The film is Eastwood’s 38th and he’s not letting his advancing years hold him back. He turns 90 on May 31, 2020, but told Ellen DeGeneres: “I don’t think about it. I sometimes think, when I was a little kid and I used to hang out with my grandfather who was in his 90s, and I thought, ‘Jesus, who the h— would want to live this long’.”

Long live Clint Eastwood! I for one hope he continues to make more incredible films.

Share this article if you, too, think Clint deserves praise for all his hard work.