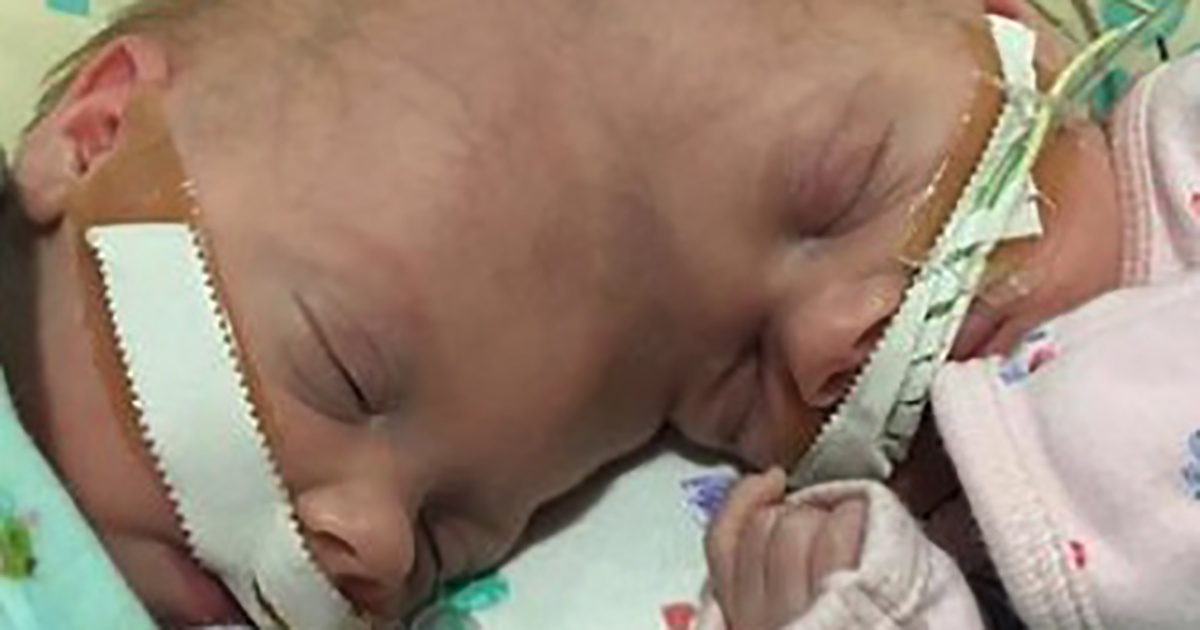 In our world where magic is bound by the confines of reality, it really is special to encounter a miracle every once in a while. Sometimes they present themselves when all seems lost, teaching us that nothing in life is certain, and everything can change.

That was certainly the case with Siamese twin sisters Abby and Erin Delaney, who were born in 2016 joined at the head.

Doctors gave then a five to 25 percent chance of survival, but a good deal of luck and cutting-edge medical technology combined to create a true miracle.

And looking at these precious babies six years after that risky surgery, it’s hard not to smile…

When Heather Delaney and her partner Riley discovered they were expecting a child, it was a pretty big deal for them. The couple, who met each other when they were just kids, visualized a happy future for their little family.

Soon, Heather found out she was expecting twins! So, with the support of her beloved husband, they prepared themselves for welcoming twins and everything that comes with that.

Unfortunately, Heather’s pregnancy proved to be a rough ride – one made all the more difficult after it became apparent that her babies’ heads were conjoined.
When they got the news from the doctors, the soon-to-be-parents froze.

“We were stunned,” Heather told People. She continued: “It was awful. But we knew in that moment we would go through the pregnancy no matter what. I just didn’t think it was my place to decide if they lived or died.”

It may come as a surprise, but cases of conjoined twins aren’t nearly so rare as most people think.

When it comes to identical twins, 1 in 200 pregnancies and 1 in 49,000-189,000 births result in conjoined twins. Sure, they sound like big numbers, but given how many babies are born in the world over each day it’s more common than we imagine.

The real rarity when it comes to conjoined babies lies in the mortality rate. Sadly, only 18% of conjoined babies make it safely into the world – the majority of these pregnancies usually end in miscarriage.

But, Heather and her husband remained hopeful. And their faith was rewarded when Abby and Erin were successfully delivered by C-section on July 24th, 2016; they weighed just 2 lbs.

The newborns stayed in the Children’s Hospital of Philadelphia for the first 485 days of their lives where the life-saving separation operation was carried out. Since the 1950s, almost all conjoined twins have undergone separation – with varying results.

Abby and Erin were craniopagus twins which means they were joined at the top of their heads making separation much more complicated.

Abby and Erin faced a huge challenge when they were about to be separated during a long and complex surgery.

The operation in June 2017 took more than 11 hours and involved 30 medical professionals. When all was said and done, however, the determined team of doctors was able to declare success.

Overall, everything went well, but Abby’s sinuses will be missing some parts, and there are other minor complications to consider. But the girls proved to be true fighters when it comes to battling the odds, and their recovery since the separation has been remarkable.

In fact, it was such a success story that the lead surgeons for their operation recently got a paper published in the prestigious New England Journal of Medicine. In addition, the team was hailed for the novel techniques they used to reconfigure the girls’ skulls and tissue before surgery.

This new technique was groundbreaking and led to a better and safer surgery. It allowed the team to separate the twins at an earlier stage in life – which made it easier for the girls to recover, according to the Children’s Hospital of Philadelphia.

A year and a half after the risky operation, the twins lived a normal life, and their parents couldn’t be more proud of their daughters.

The family was always aware that the girls would need more surgery in the future. The twins underwent skull reconstruction and additional plastic surgery as they grew older. During the last year, it’s been a lot of hospital visits, a lot of appointments, and a lot of planning.

In July 2021, the girls had a major surgery to reshape and fix their skulls. Since then, Abby has healed wonderfully, but Erin has had a tougher recovery, according to their mom.

Heather has created a blog where she keeps people updated on how the girls are doing, and you can also follow The Delaney Twins on Facebook.

Their life is truly a fascinating journey, with both ups and downs. In September last year, mother Heather revealed that both girls had been diagnosed with autism – a severe blow to the family.

”There is such a stigma around those who are autistic and it scares me for the girls’ future.  They already have so much going on and to be autistic as well is just hard.  I cried a lot when I got that phone call.  I just want the diagnosis’ to stop.  I know that it doesn’t change anything.  I know that the girls are still who they are and we still love them just as much if not more than we did yesterday.  But having yet another diagnosis is just disheartening,” Heather wrote.

In her latest post on her blog, Heather said that Abby is getting closer to walking every day and that Erin is ”walking upstairs, running around, and getting stronger every day.”

Looking at these precious girls, who turn six years old this year, just fills my heart completely. They are truly special and beautiful – fortunately, the twins also have the best mom and dad on their side.

”We are so proud of the girls, and how far they have come, and where they are going.  Not once have we wished things were different because we love our girls for just the way they are,” Heather says.

These parents are an inspiration to us all and those beautiful little angels are adorable. God bless and continue to watch over them!