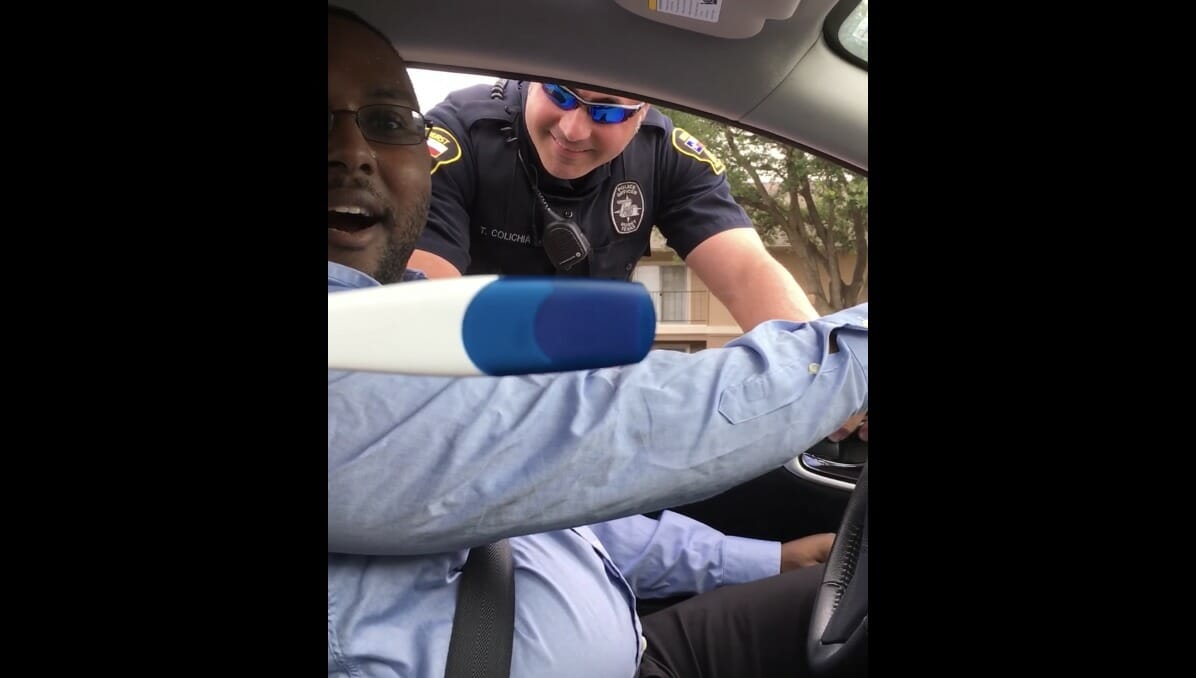 Announcing a pregnancy to a soon-to-be father is a big deal. Women are becoming increasingly creative with their ways of informing their partners that they’re expecting, and as time goes on that’s a trend that’s only going in one direction.

However, few women have thought quite so far out the box as Nikk Rock, who wanted a particularly special way of letting her husband know some exciting news.

She contacted the Hurst Police Department and asked them if they could help. Her unsuspecting husband could never have known what was going to happen …

One day, Nikk and her husband were driving down the road, when they were pulled over by an officer. The husband was driving, and became rather confused as to why he had been flagged; as far as he was concerned he wasn’t committing any offence.

He began to nervously toy with the radio dials, with Nikk telling him to calm down. As the officer approached their vehicle, they realised they knew the man, but that did little to ease the husband trepidation.

Dismayed, Nikk’s husband began talking to the officer, who told him that the reason he had pulled him over was because he was driving with a child in the car without a carseat.

Nikk’s husband explained that he didn’t have a child in the car, but the officer wouldn’t let up, repeatedly nodding to the backseat.

That’s when Nikk withdrew her pregnancy test and held it up. Finally, her husband looked over at her, and she explained: “We do have a child in the car with no car seat!”

Her husband’s face lit up the moment he realised, with another officer then passing him a gift bag with a teddy and a t-shirt confirming that he is soon to be a dad.

Watch the full video, that Nikk caught on camera, below:

What a heartwarming video this is, and what a brilliant surprise from Nikk to a husband who clearly had no idea.

It’s great to see the police getting on board with this amazing gesture; their involvement really made it work!