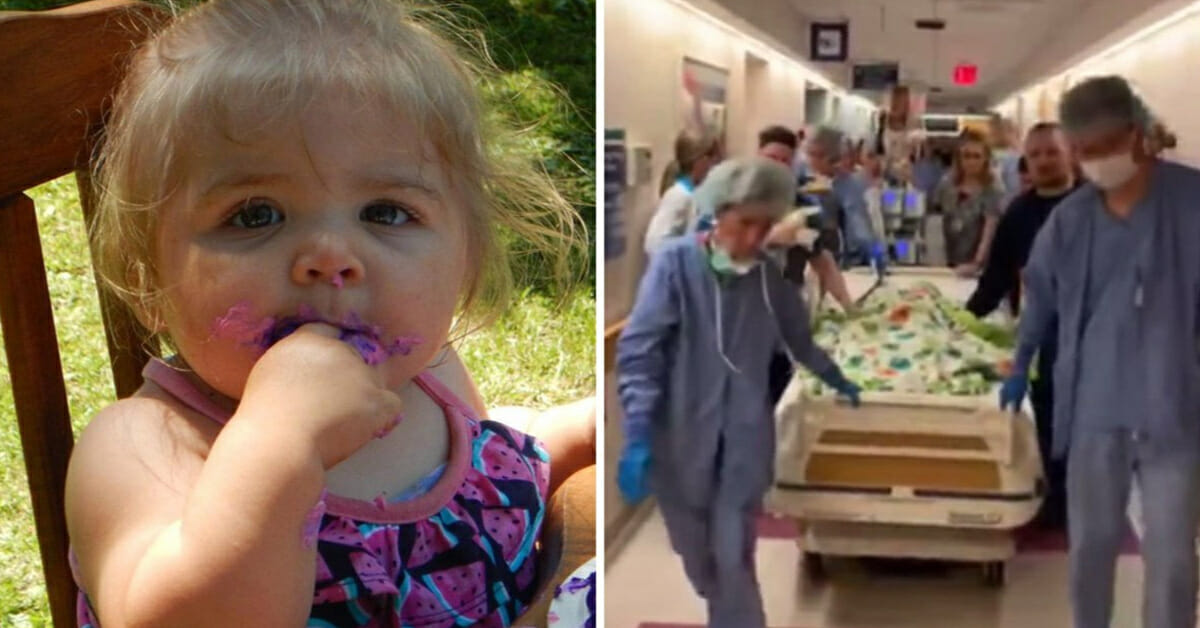 It’s every parent’s worst nightmare: having to watch your child die at a young age.

Therefore the story of Paul and Meagan Sobolik seems almost like a horror story.

A couple of months ago, their two-year-old daughter Coralynn “Cora” Sobolik ended up in the hospital due to respiratory problems.

Paul and Meagan Sobolik, from New Hampton, Iowa, had to deal with one of the most difficult things a family could possibly go through.

When the little girl arrived at the hospital, she suffered cardiac arrest three times, and doctors had to perform CPR on her for 25 minutes.

It was successful, but there were serious complications. Unfortunately, Cora sustained brain damage as a result of her heart stopping so many times.

But the brave little girl was still alive, and her parents prayed to God that she would make it.

“Our daughter was absolutely the world to us. She was such a happy little girl and always laughing — her laugh was infectious”, her mother, Meagan Sobolik, told People.

Once she was stabilized, Cora was able to be transferred.

But during the third night at the hospital, Cora’s brain started to swell and an emergency CAT scan revealed the worst news possible.

Cora was declared brain dead after a brief three-day battle.

Update on Coralynn: She has now been officially declared brain dead. There is now no chance of our little girl…

Hours later, Meagan and Paul had to make the hardest decision of their lives.

Days after her tragic death, the 22-month-old girl was taken to surgery.

But it wasn’t a surgery to save her life, it was to possibly save the life of others.

Her parents bravely shared video footage when Cora was wheeled down the hallway to donate her organs to those who were in desperate need of them.

The idea was to share the video so that family members who were not able to attend could take part of the emotional event.

After it was uploaded online, millions of people started to share it on social media.

“I was speechless, and it was truly wonderful to see and feel so much love and support for our little girl,” Meagan said.

In the video, family members and the hospital staff lined the hallways of the hospital to pay tribute to Cora.

The video also shows her mother whispering to her daughter: “you get to save three people, I love you forever”.

After the surgery, Cora was able to donate her heart and save a 1-year-old boy. Her liver saved a 1-year-old girl and her kidneys went to help a 41-year-old woman.

The brave little girl didn’t survive, but she made a difference in the lives of others.

“When your child donates their organs, they live on in someone else [and] they are saving people that otherwise [might] not be saved without your child’s gifts,” Meagan Sobolik said and continued:

“Cora is our little superhero, and I believe is becoming an inspiration for millions of people and also helping to raise awareness for organ donation all over the world.”

Prayers for this family in their loss. Three others are living with your generous gift of your daughter.?

Share this story to pay tribute to little Cora!