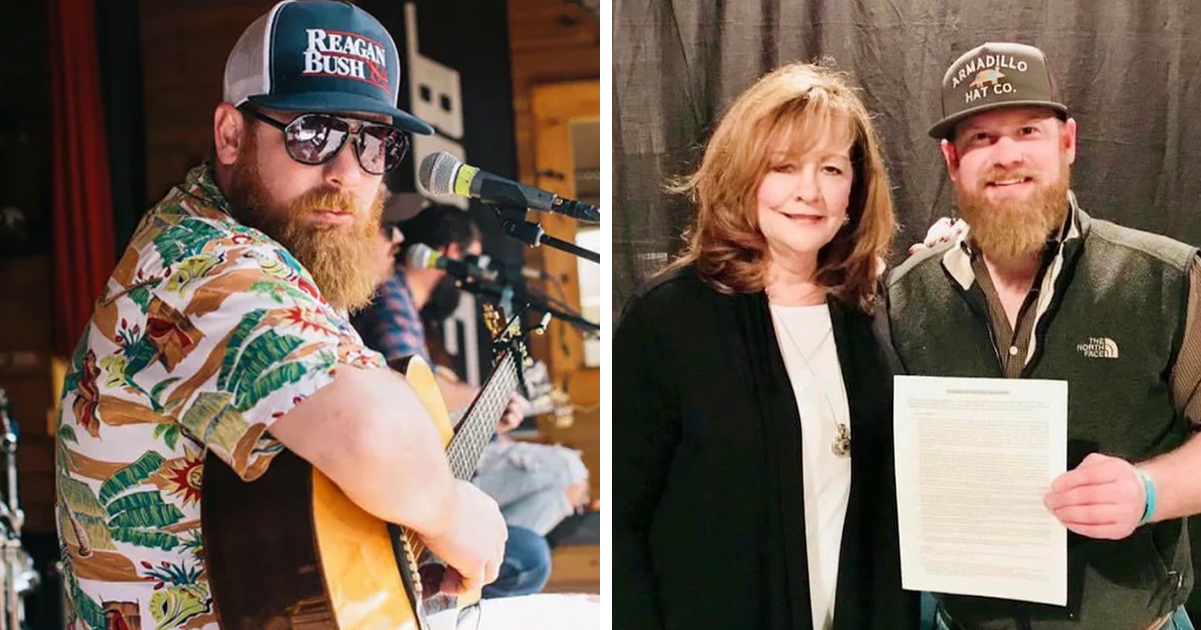 Upcoming country music artist Jake Flint has died at the age of 37, mere hours after his wedding at the weekend.

According to tragic reports, the Oklahoma native had released various studio albums, and found relative fame with singles such as “What’s Your Name” and “Long Road Back Home”.

As per PEOPLE, Flint first began to play country music after his father was diagnosed with the degenerative disease ALS.

The singer’s publicist told The Oklahoman newspaper that Flint died in his sleep only hours after getting married on Saturday.

She wrote: “With a broken heart and in deep grief I must announce that Jake Flint has tragically passed away. I’ve tried several times today to make a post, but you can’t comment on what you can’t process. The photo below is when Jake and I excitedly signed our artist management contract.

“That was the beginning of a wonderful friendship and partnership. Jake was even more than that to me, I loved him much like a son. The funniest, most hilarious, hardest working, dedicated artist I have ever worked with in my career.

“We were just about to embark on some business together after he and Brenda got married- which was yesterday. Yes-yesterday. Jake has a million friends and I’m not sure how everyone will cope with this tragic loss. We need prayers- it’s all so surreal. Please please pray for his new wife Brenda, Jake’s precious mother, his sister and the rest of his family and friends. This is going to be incredibly difficult for so many. We love you Jake and in our hearts forever. 💔

Flint announced his engagement to wife Brenda back in January with an adorable post.

“Say hello to the future Mr. Brenda Wilson. #gettinhitched See y’all at Cain’s ballroom in a few months,” he wrote alongside a selfie of the two.

In the immediate aftermath of his death, his widow shared a picture of the two from their wedding at the weekend. In the photo, the happy couple can be seen dancing and taking photos beneath an orange tree.

“I don’t understand,” she wrote in the caption. She later wrote in a separate post that “people aren’t meant to feel this much pain.”

“We should be going through wedding photos but instead I have to pick out clothes to bury my husband in,” Brenda said. “My heart is gone and I just really need him to come back. I can’t take much more. I need him here.”

Rest in peace, Jake Flint. We will never understand why the Lord takes certain people when he does.

Please, join us in sending a message of love and support to Jake’s loved ones by sharing this article on Facebook.