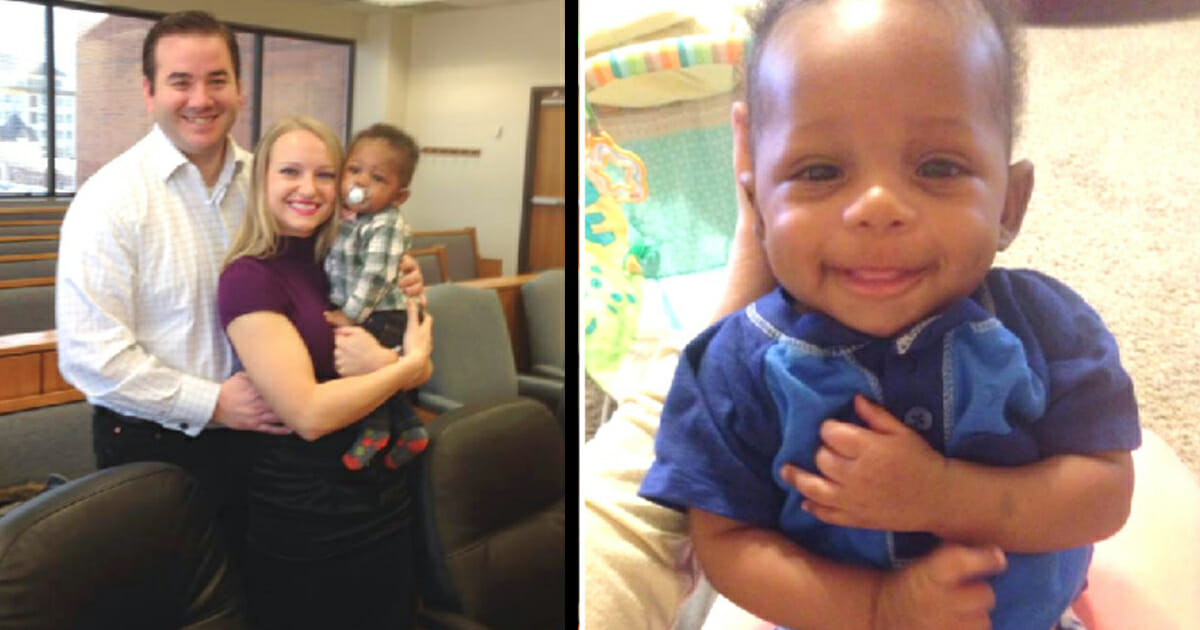 Choosing the become adoptive parents is an act that should be commended. Not only are the mom and dad to be embracing the special task of raising a child, but they’re going out of their way to give a child a second chance in life.

In 2013, Joseph and Shanna Weight, of Utah, adopted a little boy, Milo. He had been born to a teen mom who had contacted Act of Love Adoptions and eventually been partnered with Joseph and Shanna.

Five years later, however, she contacted the couple again. This time, she wanted to know if they were interested in adopting a little girl she was pregnant with; Milo’s little sister.

Joseph explained: “They contacted us and said, ‘Milo is going to be a big brother’ and asked if we would consider adopting his sister.

Even if their interest had been firm, the Weights had much to consider. They were already parents to both Milo and a biological son Nash.

The Weights had kept in regular contact with Milo’s mom, writing her letters as he grew up in a bid to keep her updated on how he was doing and how he was developing.

Not once, however, had she hinted at anything like this.

“We do have a good relationship with her and just think the world of her that she was able to be so selfless and just allow us to be parents,” said Shanna.

Even so, the Weights felt they weren’t suitably prepared to become parents again. Little Nash was only 20-months-old at the time, and adding a third child to the mix would undoubtedly increase the strain on the family, both then and in the future.

Shanna said, though, that the picture began to grow clearer: “My first thought was like, ‘We can’t do this. But if she was supposed to come home with us, all the other stuff doesn’t matter and it will work itself out.”

It took a week of stewing on the idea to come to a conclusion, and in the end they were helped by Milo himself. The moment he found out his birth mom was pregnant again, he told Joseph and Shanna that they needed to bring his sister home too.

So it was that Milo’s natural sister, Onni Pearl, was born on February 25, 2019. Her adoptive parents then took her home just two days after her birth.

Onni is doing well at home with her two older brothers and her loving parents who aim to give her the world.

What a fantastic story of love and trust. We’re so happy both Milo and Onni were adopted into a truly loving home, and wish the family the very best moving forward.