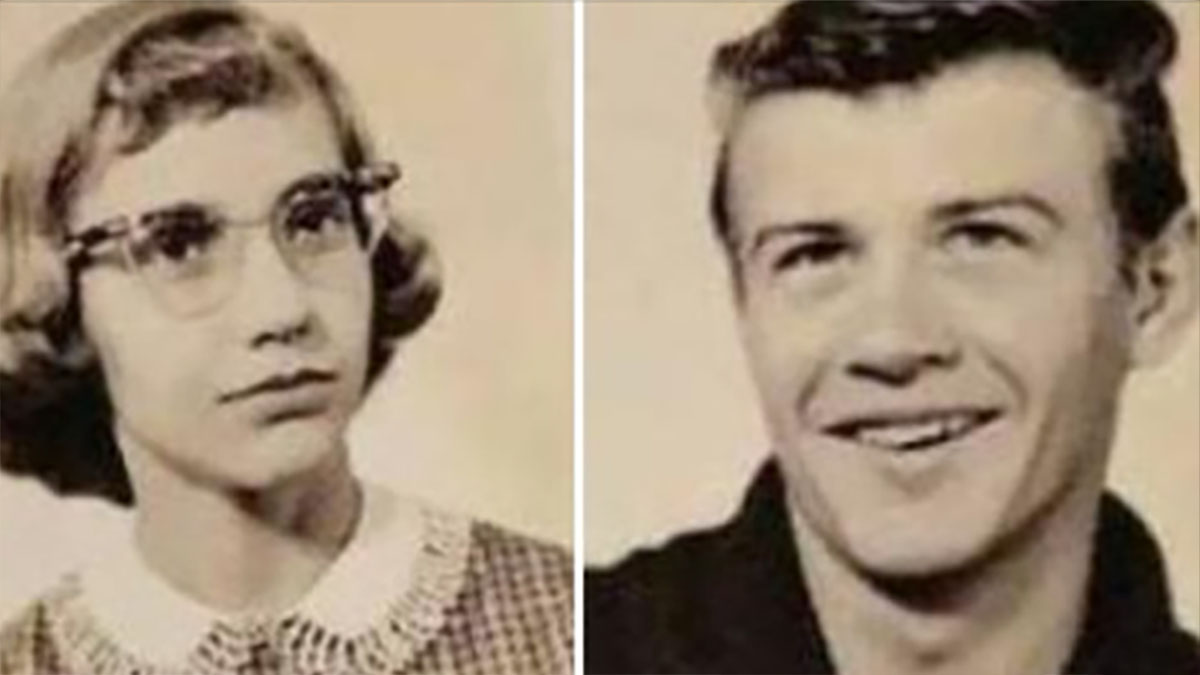 It’s a timeless love story that most of us can relate to – boy meets girl, they fall in love and have a family.

Only in the case of Karen and Dennis they were just 15 years old and their parents did all they could to keep them apart.

Dennis Vinar was a popular school athlete who fell in love with quiet band member Karen Lehmann. He walked her home from school every day, carrying her clarinet.

“I walked her home from school every night and I missed football practice, but I couldn’t care less about football, I just wanted to be with Karen,” Dennis told Steve Harvey when he and Karen appeared on his show.

Karen became pregnant and Dennis proposed with these two teenagers making plans that would last a lifetime. But Karen’s parents had other ideas and said it would be better if she gave up the baby and end the relationship with Dennis.

Karen was a top student, a valedictorian who dreamt of a college degree. To pursue this, she was sent to a home for unwed mothers and delivered a healthy baby girl.

Dennis was told he couldn’t see the baby but Karen made sure he got to hold his daughter one last time. She asked him if he wanted to sign the birth certificate and hold his daughter, Dennis replied yes without hesitation.

That would be the last time they’d see their daughter.

The two were forced to go their separate ways – Dennis joined the army and Karen completed her college degree. Dennis never forgot his true love but any calls or letters he sent to Karen were intercepted by her father.

Eventually they both married other people and moved on with their lives, but they never forgot each other.

Dennis said that when he was working for a senator, he learned that Karen was living in the area where he was working at that time. In a tearful narration, he told Steve how he knocked on every door in the area in hopes that she would emerge from one of the houses but he never found her.

It would take 50 years for the universe to unite them again. Dennis was divorced and Karen a widow when Dennis’ friend invited him to join LinkedIn.

Holding back the tears Dennis told WUSA9: “I typed in ‘Karen Lehmann’ and there she was—the third person down. And I smacked my hands together and said, ‘That’s my lady!’”

Dennis went to visit Karen in Seattle on the Monday and by Thursday they were married. But they still had a missing piece of the puzzle to find – their daughter.

They wrote a letter to the adoption agency and found their daughter – Jean Voxland.

“Imagine being 55 years old and learning that your parents are together and that they’re looking for you, they walked through the door and my heart was pounding.” Jean said.

For the first time in over fifty years, the family was finally complete.

Find out more about their beautiful love story in the video below.

To think these two never gave up on each other, decades after meeting as teenagers and then to find the daughter they were forced to part with is a story made for the movie screen.

I hope this family has many more happy years together making up for lost time. Please share.