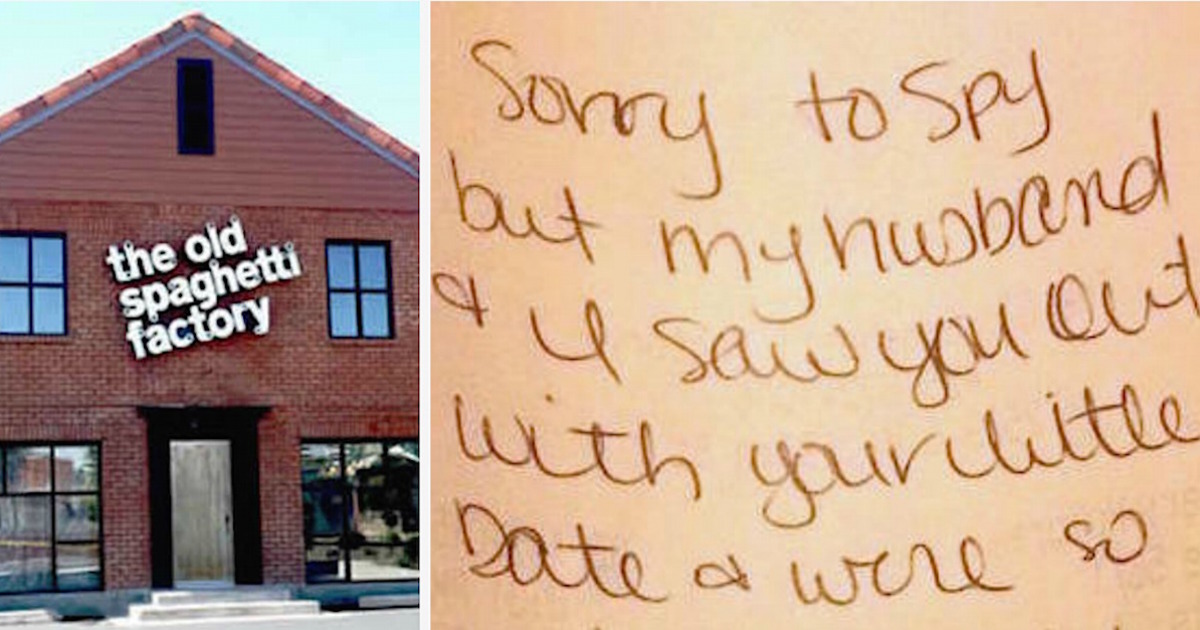 When a single dad brought his 6-year-old daughter out for dinner, he received a receipt for the meal that he was completely unprepared for.

Little did he know, but while he and his daughter were eating, a couple had been watching them.

And it turns out that before the couple left, they asked the waiter if they could leave a note for the dad. They wrote it on the back of the man’s receipt, and now their message and kind gesture has touched thousands of people across the world.

To celebrate Valentine’s Day last year, a single dad planned a dinner date with the love of his life—his 6-year-old daughter. They went to the Old Spaghetti Factory, where his daughter could eat pasta, draw, and have a fun time.

But what the dad didn’t know was that he and his daughter were being watched. And when the dad went to pay, the waiter placed the check upside-down in his hand.

On the back of the receipt, a couple who had been sitting near the man wrote a message for him. They wanted to let him know how inspired they were to see the way he was raising his daughter. And to show their appreciation, they also paid for he and his daughter’s meal!

The dad was so touched by the couple’s note that he photographed it and posted it on Imgur with the text: “I won’t lie, I teared up at the table. So, thank you random strangers. Thank you.”

The photo and the dad’s message have now spread like wildfire across the internet, and I can totally understand why.

Please share if you were also touched by this single dad’s story.