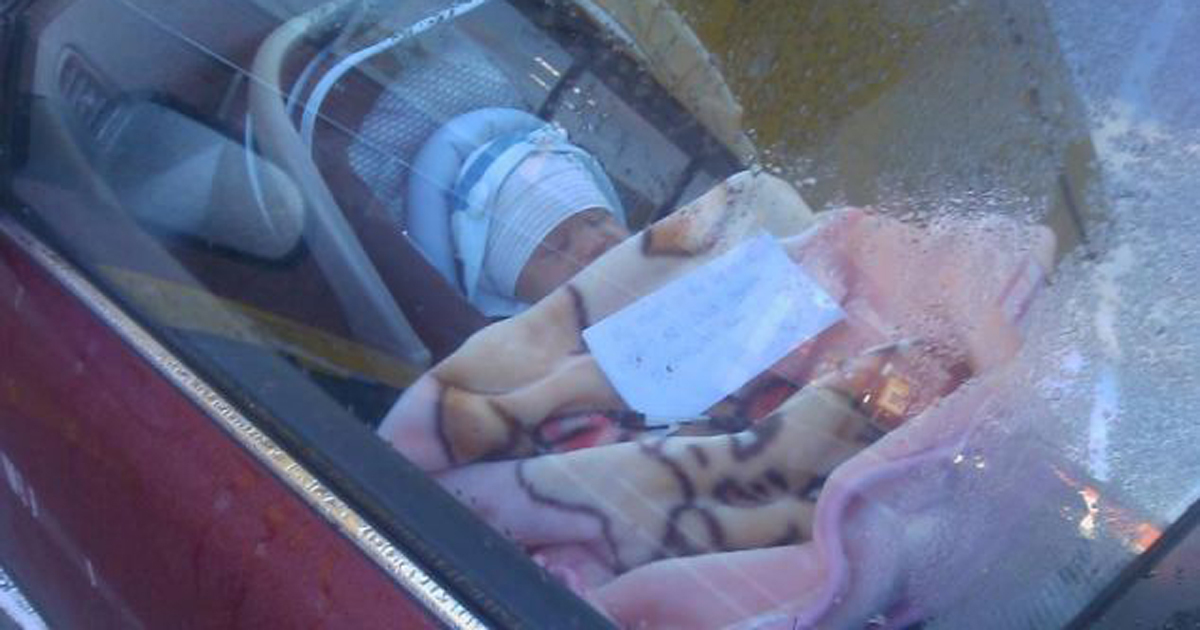 Being a parent is the biggest responsibility you can have. Still, some parents seem to have difficulty understanding how valuable and delicate little children are.

Now, a picture of a baby from New Zealand is upsetting the whole world.

The event occurred four years ago, but the photo recently resurfaced and is spreading on social media.

The picture was taken in a parking lot at a Pak’n Save supermarket in Porirua, New Zealand. A couple parked their car and were about to go shopping when something caught their eyes in the car beside theirs.

A baby was sleeping in a car seat with a handwritten note resting on the blanket.

The note was written from the child’s perspective:

“My mum’s in doing the shopping, call her if I need anything,” the note said, with a phone number listed below it.

The couple who saw the child decided to stay at the car until the mother came back. They thought it would probably take only a minute.

But time passed and the mother didn’t return. The couple tried to open the car, but the doors were locked. More people gathered on the spot and everyone was shocked that the child was left alone.

Two people agreed to stay and they also called the mother and asked her to come back. Luckily, everything ended well and the baby was unharmed.

DJ Polly Gillespie later shared it on her Facebook page, where it provoked strong reactions. And in less than a day, thousands of people commented on the photo.

“I’m sorry this is completely irresponsible! You do not leave children under the age of 14 unsupervised at all,” one person wrote.

Others were a little more cautious in their criticisms and wrote that you shouldn’t judge other parents before knowing the whole story.

Sue Campbell, who works with child safety, told the Daily Mail that there are great risks of leaving a child in a car.

“Babies can dehydrate quickly and become very distressed. So for a newborn that’s one of the key issues. Plus there’s a security issue—a small baby is unable to defend itself if need be, or call for help, or anything like that,” she says.

In the picture, it looks like it’s raining out and it probably wasn’t a hot day. But the temperature rises quickly in a car, even if it’s cloudy outside. Never forget this and don’t leave children or animals alone in the car!

What do you think about how the mother acted? Please share this article and tell us what you think.