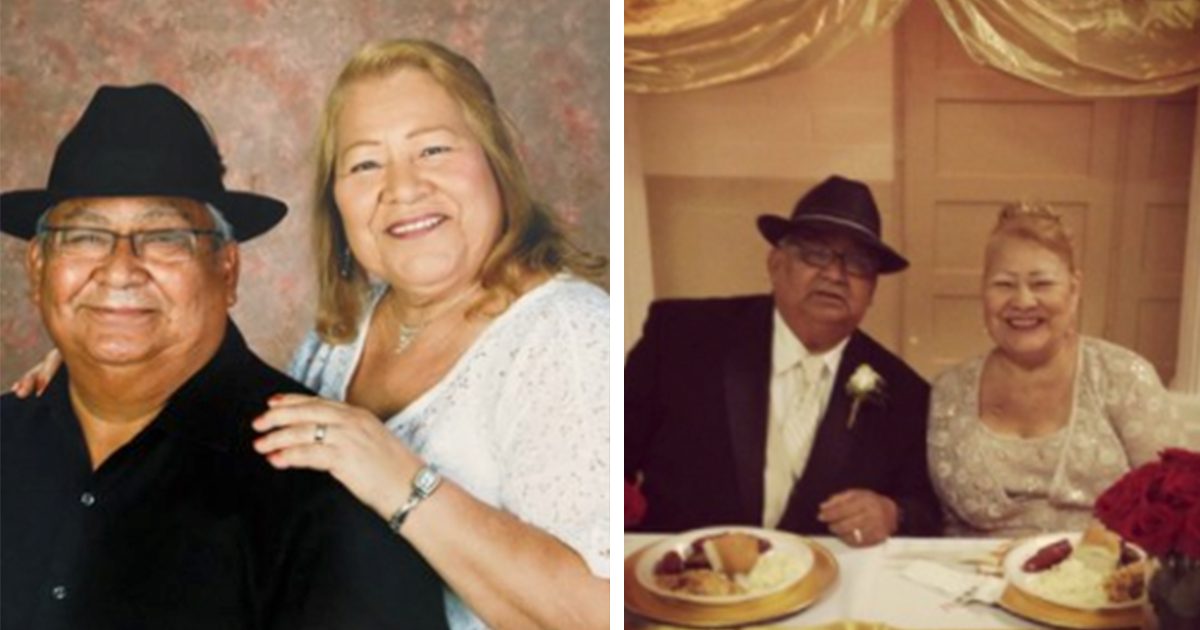 A Texas couple married for almost 60 years both died from COVID-19 complications on the morning of August 13 after battling the virus in hospital for almost a month.

According to tragic reports, 78-year-old Avelino De Leon and 73-year-old Anita De Leon would have celebrated their 57th wedding anniversary in just a few weeks.

The couple, who had four children and eight grandchildren, were lifelong dance partners, and died just seconds apart from each other.

It was back in June that Avelino De Leon, who worked as a truck driver before retiring as a custodian for Corpus Christi ISD, first began to notice symptoms.

“My dad had a lot of sinus issues, and so we just assumed, oh he’s having sinus problems, allergy problems,” his daughter Deborah De Leon said, as per reports.

Deborah went on to tell how their mom had taken care of their father until she began to feel fatigued herself. A test would reveal that both had contracted COVID-19.

No sooner had Avelino been taken to hospital on July 2 than was the reality of the situation made clear.

Three short days later, on June 5, Anita was also admitted to hospital. Her condition wasn’t as bad as her husband’s initially, but their children recalled how she would cry for him. Then, she soon began to deteriorate and was eventually placed on a ventilator in the ICU herself.

Deborah continued: “We thought, well that’s what my mom wanted. She wanted to be closer to my dad. Even though they were both sedated, because they were on the ventilator, but we felt they were so close.”

The hospital kept the children up to date with how their parents were faring, but on August 13 they got the dreaded call to tell them things were nearing their conclusion.

“We just made the decision, let them go, let them both go. They wanted to go together,” Deborah said.

“She wants to go with him, because she knew he was going. So she didn’t want to leave him to go by himself because my mom took care of my dad. They were inseparable. They both went at 7 o’clock, and they had different doctors and different nurses and different rooms, and they were pronounced dead. The nurse called us back later on and within seconds, they had both passed.”

What’s more, the De Leon family now want to urge others to take coronavirus seriously. They’ve seen first hand the devastation it can deal, and want to ensure that others are reminded of the bigger picture.

“It’s not about your rights, of course we all have rights, but we have to protect each other!

“We’re still a community. We have to care about each other, because if we don’t, who else will?”

Such a tragic story. I can only imagine the pain that this family is going through right now, and only hope that they can take some solace in the fact that Avelino and Anita passed away together.

Share this article if you want to pay your respects.