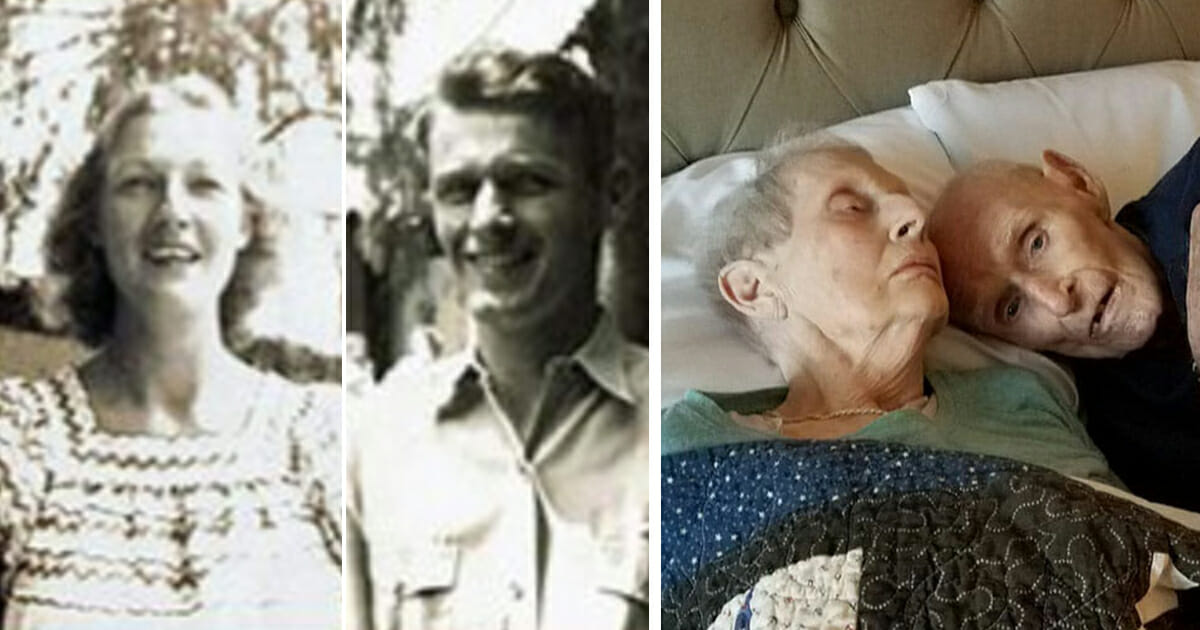 The greatest love stories don’t take place in Hollywood, but in the lives of ordinary couples who have extraordinary love for each other. Those doubting that need look no further than this couple, who died within hours of each other after more than 70 years together.

Isabell Whitney and Preble Staver met on a blind date in Philadelphia, Pennsylvania, where they were studying in the early 1940s. The seed of love was planted, but it would take time before it could fully blossom.

World War II was raging in Europe and both Isabell and Preble joined the Allies’ effort against the Nazis. Isabell worked as a Navy nurse stationed in Maryland, and Preble became a Marine and earned a Bronze Star for his bravery.

Five months after the war ended, Isabell and Preble were finally married on February 15, 1946.

It was the beginning of a beautiful seven-decade marriage that ended as beautifully as it started.

After Isabell and Preble Staver were married, they had five children together. Isabell raised them and was the rock of the family as Preble transitioned several times in his career. The couple were there for each other when their son Peter died tragically playing football in his senior year of high school.

When the children were all grown up, Isabell went back to nursing.

“They were great people. Mom really taught me that you can’t change another person but you can change your attitude towards them,” Laurie said.

“Dad was a bit of a prickly pear! Dad was the strict one. Mom tried to be strict, but we knew what we could get away with her. It was pretty much a father rules the roost sort of thing.”

In 2013, the couple moved into a long-term care facility in Norfolk, Virginia after Isabell was diagnosed with dementia.

Seeing his wife battle with dementia was frustrating for Preble, and sadly he and Isabell had to be placed in different rooms. Fortunately though, Isabell still remembered him.

“Sometimes, we’d have to tell her to focus and look but when she looked and knew it was dad, she’d get that little smile,” Laurie explained.

As his 96th birthday was approaching, Preble made a moving request. He asked to have one more nap with his wife.

The staff made arrangements for the couple to lie beside each other for a few hours.

Laurie said: “There was not a single word spoken between the two of them. They held hands and just fell asleep. I told dad, ‘This is mom’s birthday present for you.’ He was just so happy that he got to take his nap with her.”

A few days later, on October 25, Laurie was told that it was time to say goodbye to her mother.

She brought her dad in with her so they could say their final farewell together.

“He held her hand, and it was just so tender. I asked him if he wanted to stay after the prayers, and he shook his head. I said, ‘Okay, but you know that means you’re going to have to let go of her hand?’ I was crying, and he was crying,” Laurie said.

Laurie shared the secret to her parents’ 70 year marriage.

“Mom and dad really lived out that, if you make a commitment, and even though life gets rough or life gets in the way, you work through life, and you live your life together.”

Isn’t it amazing that Isabell and Preble were there for each even down to the last hours?

Please share if you also believe in true love!