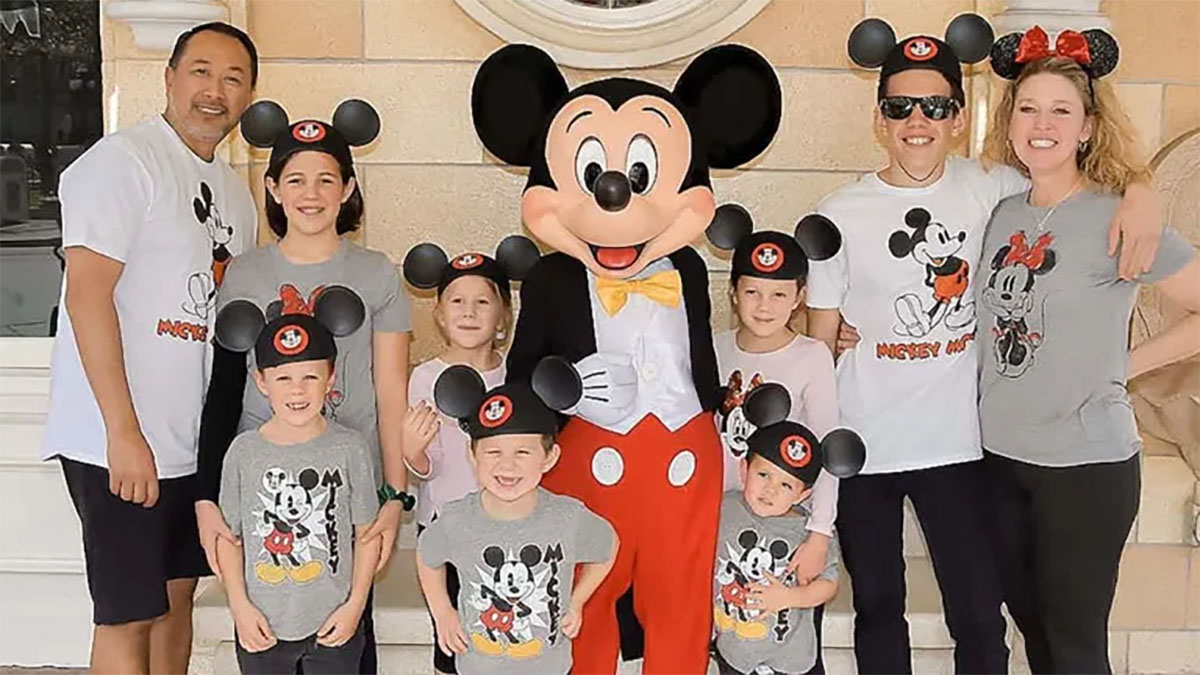 Seven siblings who experienced unimaginable trauma are starting a new life after they were adopted by a couple with five kids.

The San Diego siblings aged between 2 and 13 were involved in a car crash which claimed the lives of both of their parents. Miraculously the siblings survived.

Azaura broke her knee in the crash and her brother hurt his foot.

Following the crash the siblings were placed with a foster family but needed a forever family.

“I want a family that’s fun, joyful, and who takes you out places,” said Azaura.

She said that her number one Christmas wish was to all be adopted by the same family.

Thankfully their wishes were answered and Azaura along with oldest brother Adelino, 6-year-olds Aleecia and Antonio, 4-year-old Aubrey, 3-year-old Angel and two-year-old Alexander were adopted by a couple who already had 5 children.

Pam and Gary Willis, from Menifee, California, decided to adopt the children after reading about their heartbreaking story on Facebook.

“I saw how much these kids needed someone to love them because they had no one else to go to. I called the adoption service every week to show them how much I wanted to help these children,” Pam told Metro News.

“From the moment we first met them it was instant love. I looked at Gary and we both could see they are really great kids and knew we were doing the right thing.”

The couple, who have five grown up children of their own as well as 8 grandchildren, were involved in the foster care system but only ever took care of one child at a time.

The siblings have thrived since being adopted, bonded with Pam and Gary’s older kids, enjoyed family vacations and even call their adopted parents mom and dad.

“I have noticed how incredibly happy they are and that makes me so happy too, because that’s all we ask for. The oldest of the seven, Adelino, said to me recently ‘thank you for giving us this life’ and there is no other feeling like that. The kids are great kids and we love having them around,” said Pam.

Such a beautiful story and proof that love and light is possible in times of tragedy. Pam and Gary are wonderful people whose lives are enriched by these sweet souls.