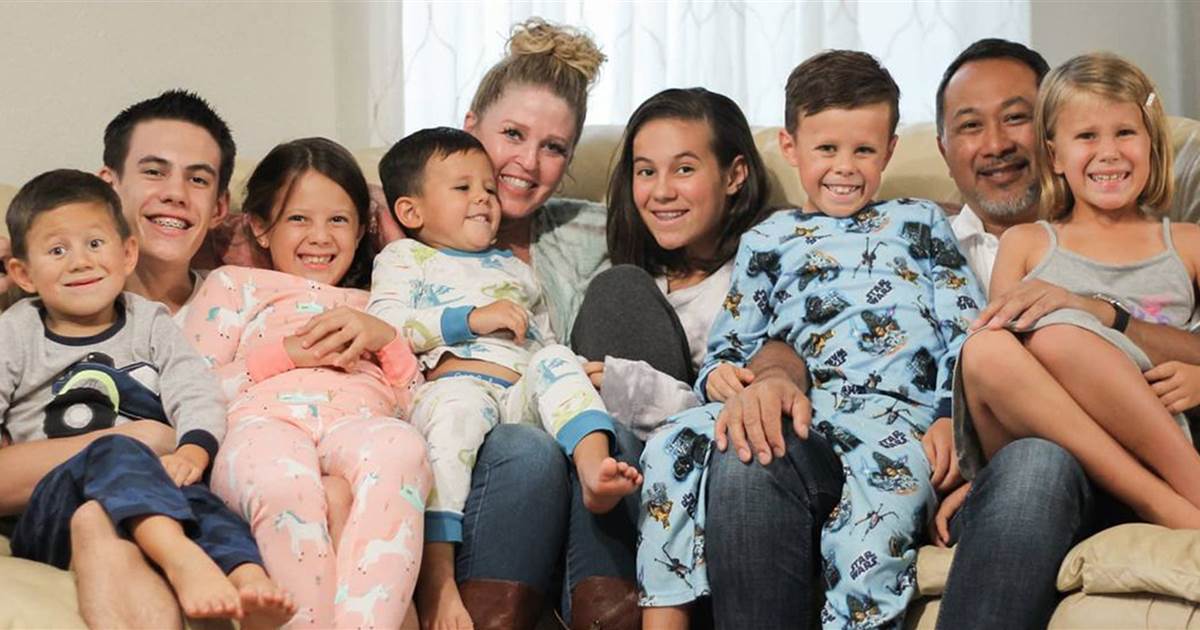 A mother who adopted seven siblings after they lost both of their parents in a roll over car crash has said she “knew” she was supposed to be their mom.

50-year-old Pam Willis happened to be scrolling on Facebook back in 2019, when she came across a story concerning seven brothers and sisters – aged between 1 and 12 – who were looking for a home.

The children had been living in foster care for over a year after being orphaned in the aforesaid crash. Pam said that once she had looked at their faces, she couldn’t stop thinking about them.

Speaking to TODAY Parents, Pam said: “I can’t explain it — I just knew I was supposed to be their mom.”

Pam proceeded to tag her husband, Gary, in the article. The pair, from Minfee, California, who have five adult children together, had fostered kids in the past, but had never seriously considered the prospect of permanent adoption.

“I thought Gary was going to tell me I was wacko — we were getting ready to retire,” Pam said.

“It was what God wanted us to do.”

“We were told they’d already received thousands of calls,” Pam said about she and Gary having called the number at the foot of the article.

And yet fate had something special in store for this special couple. Just two months later, Pam and Gary took in the seven siblings, Adelino, 15, Ruby, 13, Aleecia, 9, Anthony, 8, Aubriella, 7, Leo, 5, and Xander, 4.

Sadly, the children had gone through a great deal of trauma, and not just in losing their mom and dad. Pam learned that their late parents had fought addiction, and the family lived in homeless encampments as a result.

“It was easy to connect with the little ones. They were just desperately craving permanency,” Pam said.

The older two children, however, had to be approached differently.

“I think they didn’t quite trust that we were real. Like maybe we were going to go away,” Pam said. “I think it’s so hard to trust when so much has been taken from your life. Ruby didn’t know how to be a kid. She had to be a mother figure at a very young age.”

It took around six months before the children began to settle.

“One night, my then-7-year-old came into our room,” Pam recalled. “I asked her, ‘Did you have a bad dream?’ And she replied, ‘No, I just wanted to make sure that you were still here.’”

Last August, Pam and Gary made their adoption offiical. “It was awesome,” Pam recalled.

“We brought a big TV screen out to the park so everybody could watch and cheer and be safe during COVID. There was so much love.”

Of their incredible new life, Pam wrote on social media: “They’ve given us a second chance at parenting, we’ve given them a second Mom and Dad. They are our Second Chance 7.”

Just … WOW! I cannot begin to imagine the size of the hearts that Pam and Gary must have. To adopt not one, but seven children, and this when they already had five children of their own … simply beautiful.