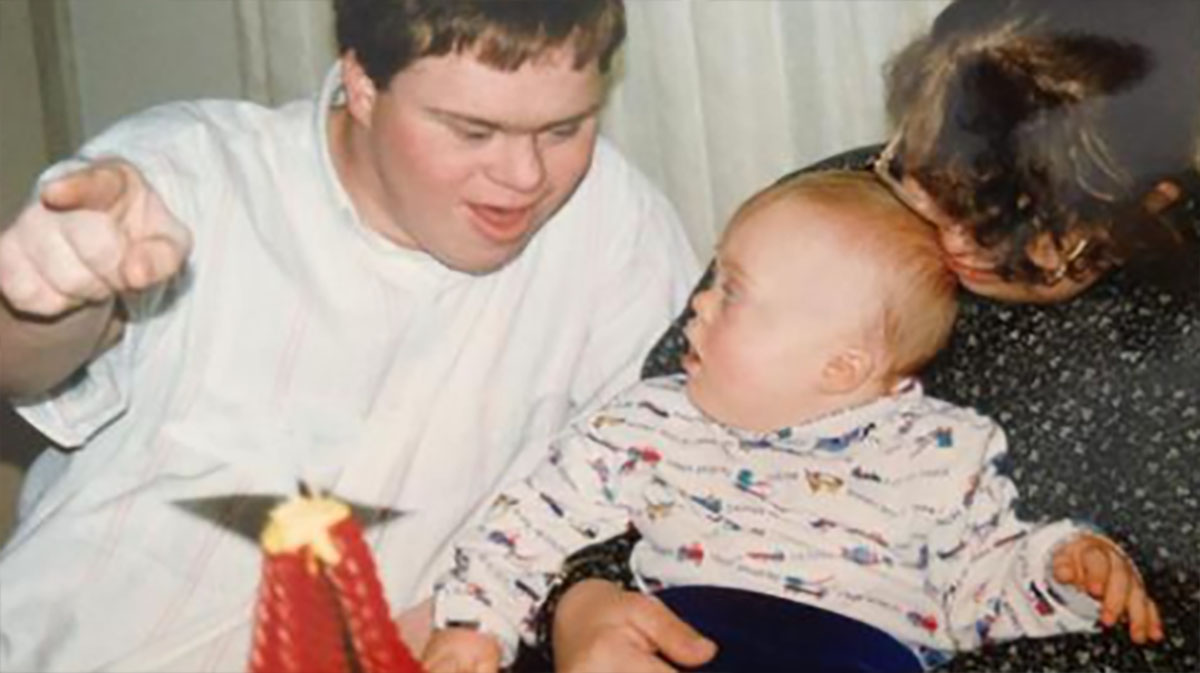 Most of us can relate to being on the receiving end of other people’s opinions and questions when it comes to having children.

Today, society has this silent pressure that you should have a good job, meet a partner, get married, and have children. Therefore, spouses who decide not to have kids must often have to justify their decision to others. People who don’t understand such a decision can be pretty clumsy and ask personal questions that are not their business whatsoever.

These questions can often be very personal and unpleasant and can make the recipient feel uncomfortable especially when asked why they’ve chosen not to be a parent.

Unfortunately, not having children can be considered the ultimate form of egoism – but when couples who are perceived as “different” want to have children together, then the view of what is egoism changes quickly…

Over 20 years ago, Patti White from California got some news that both made her over the moon and concerned. Her daughter Lisa announced that she was pregnant.

Lisa has Down syndrome, a congenital and chromosomal disorder that manifests itself in varying degrees of physical and mental impairments. But what many people tend to forget is that a lot of people with Down syndrome can take care of themselves, have jobs, and lead independent lives.

When Patti White heard that a grandchild was on its way, she was very surprised – but she stood completely behind her daughter Lisa and her decision to keep the child.

At 29 years old, Lisa had her own apartment and she worked full time at
the local Goodwill store. She had been living on her own for 11 years.

“She got along with everyone. “She could do everything except the cash register. She liked it there and they liked her,” Patti told Voice in 2016.

Lisa had also started a relationship with a man with Down syndrome, they dated but lived in separate houses. Patti understood her daughter had a healthy adult relationship – they also discussed things like birth control and safe sex.

“At the time all the books said males with Down syndrome were sterile and people told us not to worry about it as they couldn’t get pregnant,” Patti said.

But fate had other plans.

Patti had just returned from lunch at work and was listening to the message on her voice mail. She then had a message from an excited Lisa:

“Hi mum, I just wanted you to know you are going to be a GRANDMOTHER!” Patti says, “My mind went in all directions. How could this be? Her boyfriend has Downs!”

Lisa’s decision to have the child was criticized by outsiders as irresponsible and selfish and her ability to be a good mother was also questioned. But her family was very supportive and protected their daughter.

Lisa, a well-articulated and passionate person, had a common pregnancy in several ways. She went to childbirth classes, had a pregnancy coach, and had all the typical symptoms.

“It was hard for me to walk around when I was pregnant, I was working five days a week. I had morning sickness and I wasn’t feeling good. I felt like I was going to throw up,” Lisa told Voice.

However, her pregnancy was considered high risk and treated like that. Lisa’s son Nic was born 4 weeks early and, like his parents, had Down syndrome.

Nic’s father was present at his birth, and the new parents tried to live under one roof around Nic’s birth. But, unfortunately, it didn’t work. Sadly, Nic’s father passed away when Nic was 5.

Nic, who is now 24 years old and an handsome young man, was raised by his mom and grandmother, who both couldn’t be prouder of him.

Having children is always a risk for everyone involved, and Lisa was particularly vulnerable – not least because many had opinions about her decision to become a mother.

It went so far that Lisa lost touch with some of her friends – because her friends’ parents were afraid that Lisa would influence their daughters to want babies too.

But ultimately none of these views matter, especially not to Nic who has continued to thrive; he’s a college graduate with huge respect for the women who have raised him. The person he is today is thanks to them.

In 2016, Patti shared a heartwarming update on Facebook, along with a picture of a proud mom and a happy son:

”This is my daughter, Lisa, clowning with her son, Nic. They both have Down Syndrome. This year is a landmark for all of us. She will turn 50 and he will turn 20. Me, I am older than dirt. So proud of us. Our goal when she became pregnant was for her to know him and have a relationship with him. There were many ups to their “Downs”, after all these years we can honestly say they have overcome the odds and share tremendous love for each other and their small little family unit.( she is a single mom)”, Patti wrote.

This mother and son team has spent decades making sure they show the world the value of people with Down syndrome. Patti’s, Lisa’s and Nic’s story also provides important information and hopefully it can help other make their own decisions.

They are an inspiration and deserve our respect and admiration.