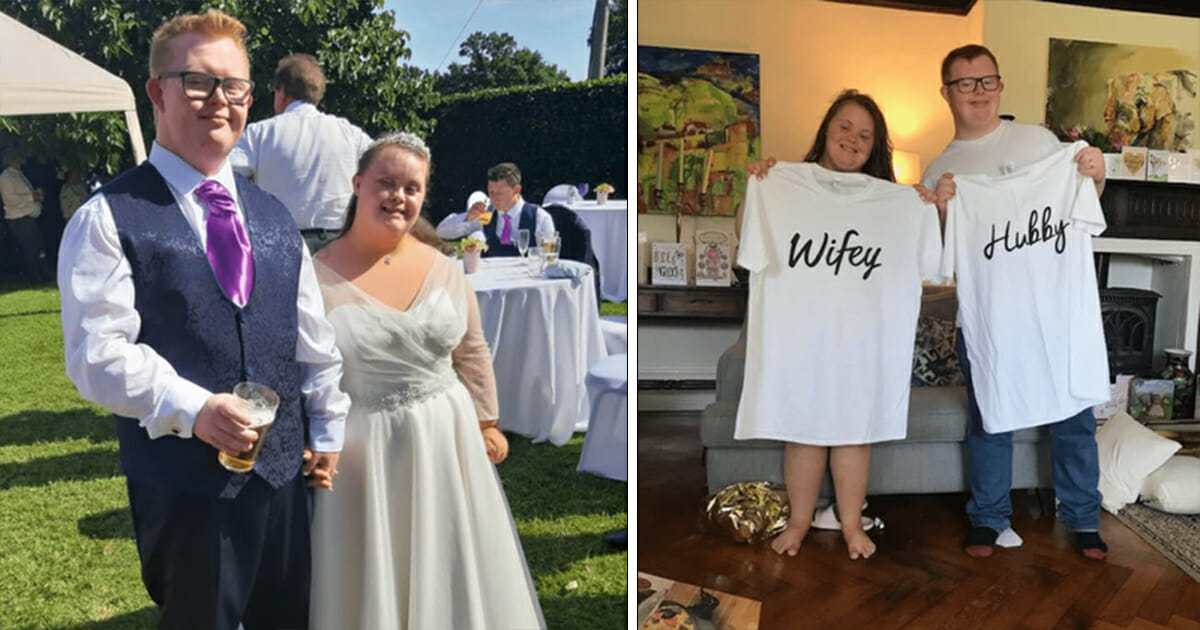 Tessa Branch will be the first to tell people she had trepidations over the life her son, Kieran Duffy, would lead.

Kieran, now 26, has Down’s syndrome, meaning his mom has all the usual worries a parent has concerning their children, as well as the added weight of society’s misconceptions.

Fortunately, fast forward to present, and Tessa can sleep well at night. Why? Because Kieran’s found a person who adores him every bit as much as her, if not more.

As per the Daily Mail, Kieran recently married the girl of his dreams in Emmie Houckham, who also has Down’s syndrome. 21-year-old Emmie returns Kieran’s affections, making them a match made in heaven.

For Tessa, the pair “are no different to any other young couple.”

Not only that, but Kieran and Emmie’s romance has truly romcom-worthy roots. They met first six years ago, at a camp for people requiring additional needs.

As per Kent Online, there was a spark in the air instantly. From there, their love story has taken its twists and turns, right up to the moment Kieran proposed by serenading Emmie with a rendition of Wham!’s classic I’m Your Man.

After the performance, on Boxing Day, 2016, he got down on one knee and confirmed his love with a pink and sapphire ring.

Following advice from family, the couple then tried living together for a few months before taking the big leap. “‘They didn’t end up killing each other’,” Tessa joked, and so the wedding plans were into overdrive.

Kieran and Emmie’s wedding day took place on August 23 of this year, and it was a massive success. As they exchanged traditionally inspired vows, the couple encouraged guests to “meet, speak to, and laugh with strangers.”

There was a reading of the lyrics to “You’re The One That I Want”, with the day also featuring plenty of songs that meant a lot to the bride and groom, including “The Wonder of You” by Elvis Presley and Adelle’s “Make You Feel My Love”.

“They really compliment each other well,” Tessa said. “Say if they go out to a restaurant they’ve not been to before, Kieran might struggle to read the menu, whereas Emmie would be able to do so fluently.

“But if they needed to ask for help, for example, Kieran has more confidence, so he wouldn’t be afraid to do that. They’ve got a really lovely relationship – it’s not a game for them, it’s real.”

Way to go, Kieran and Emmie, we’re glad your love is as fulfilling as you two are brave and cheerful!

Share this article to pay tribute to Kieran and Emmie!