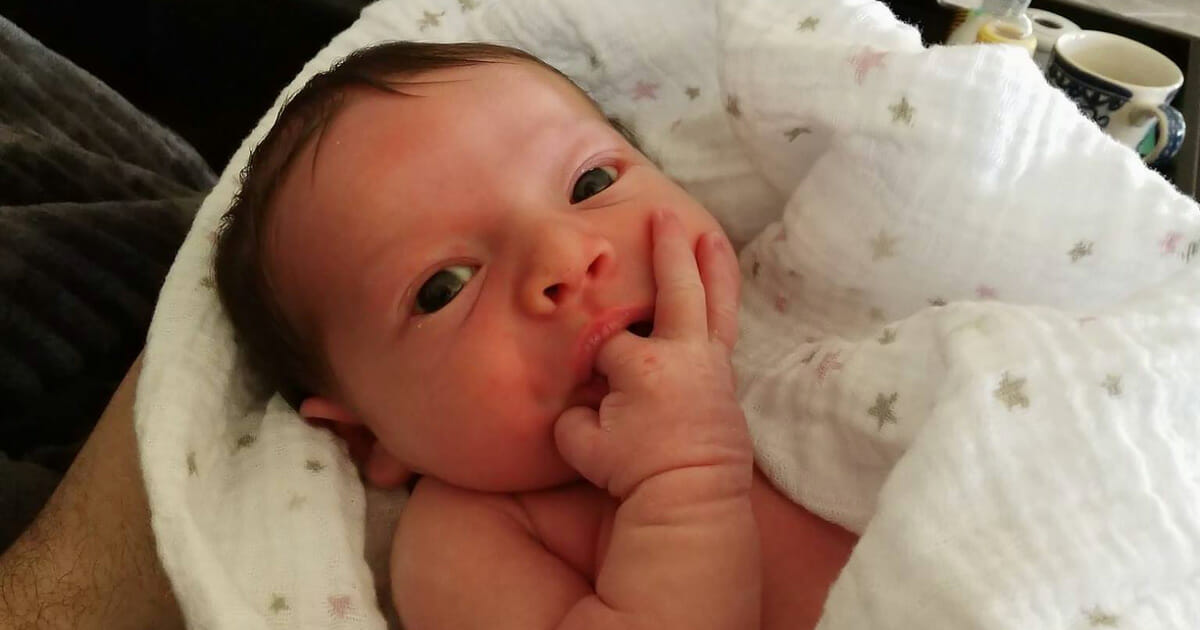 Like most couples in love, Jeff and Natasha were beyond excited to find out they were expecting a baby.

The thought of adding a little girl to their family was enthralling. They pondered over all the memories they would make; they couldn’t wait to watch their daughter grow up into a young woman.

Little did they know their baby girl was destined to pass away, unexpectedly, at just three-weeks-old. It wasn’t until doctors informed Jeff and Natasha just how and why their daughter had died, that their inconsolable grief transformed into anger. For they then realized it could have been prevented …

After taking time out in an attempt to come to terms with his daughter’s death, Jeff got to the stage where he was ready to speak. He chose Facebook as the platform to share the tragic tale of what happened to his little girl, in an attempt to enlighten others and warn them over a potential danger that may be more common than some realize.

In an emotional message, Jeff wrote: “I’ve been pretty silent since Mallory’s death. It’s taken me over a month now to write this, but if any good can come from her passing and prevent someone else from experiencing the heartache, then I would be remiss not to make an effort.

If anyone wants to hold your baby, make sure they wash their hands first. Then make them do it again…

HSV-1, most commonly known as the virus behind cold sores, is a form of herpes (Herpes Simplex Virus-1). It is EXTREMELY common, and the World Health Organization estimates that 67% of all humans on Earth are infected. To make things worse, many people who are infected will never show symptoms in their lifetime and probably don’t even know they have it. For newborns, it is more than likely fatal, as was the case for Mallory.

You might think it should have been easy to diagnose. Surely someone with an oozing cold sore kissed her on the mouth, right? Mallory was never in contact with a person who had an active cold sore. Never. Nobody ever kissed her on the mouth. In spite of that, she caught HSV-1 within her first week of life and we had to watch her die slowly for nearly 2 weeks. Mallory could not keep her hands out of her mouth and eyes and she was constantly sucking on her fingers [see picture above]], so it’s almost certain that the virus got onto her hands at some point. It is possible to be contagious even without an active cold sore.

She had no symptoms beyond a high fever for most of the first week, and by the time blisters showed up it was probably too late for the antivirals to be effective. Considering that more than half the world has the cold sore virus, we don’t understand why so few infants die from the disease or why our beautiful daughter Mallory was the unlucky statistic, but that’s the way the world works I suppose.

Please, if you’re reading this, be extra diligent about washing your hands around newborns. Statistically speaking, you’re probably infected with HSV-1 whether you know it or not.”

As Jeff bravely explains, it’s vital that anyone who is going to handle a baby washes their hands thoroughly beforehand. With HSV-1 extremely common, it’s easy for carriers to pass it on to other, more vulnerable people, without ever meaning to in the first place.

We wish Jeff, Natasha and the rest of their family peace. Our thoughts and prayers are with them.

Please, help Jeff’s warning become visible to all by sharing this article on Facebook. You never know, it could save a young life!