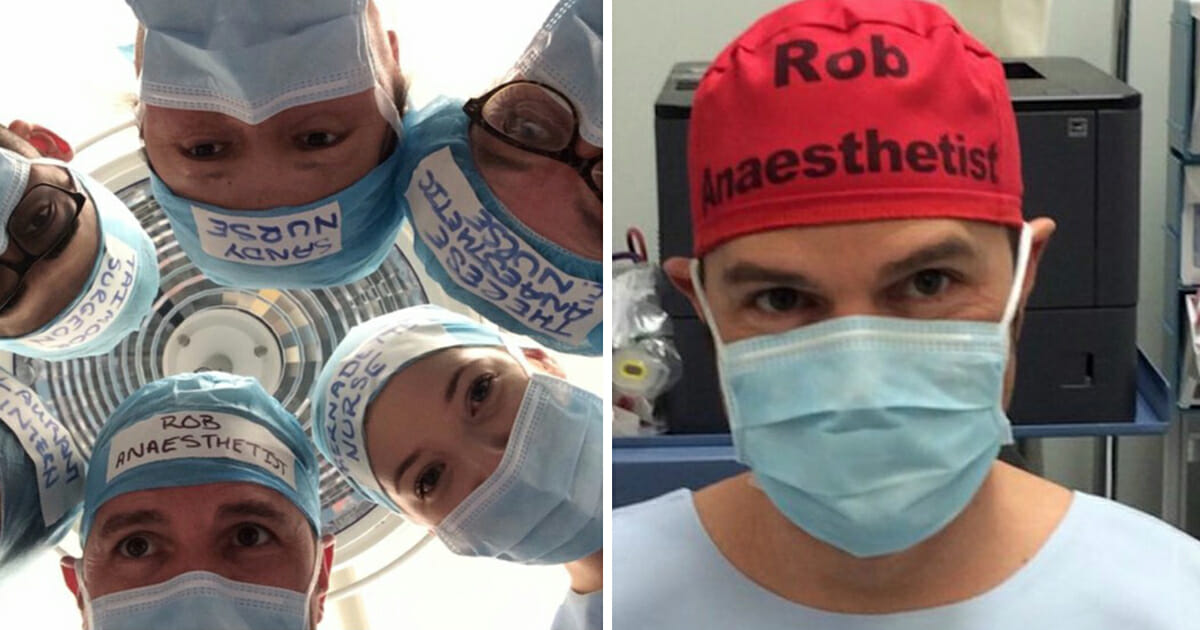 If you’ve ever had surgery – or for that matter been in a surgical theatre – you’ll know that every single member of staff is dressed exactly the same.

The uniformed approach obviously has more to do with protecting the strict hygiene protocols than making any sort of fashion statement, but that’s not to say it can’t have it’s own unique pitfalls. One doctor from Sydney, Rob Hackett, has gained something resembling viral fame for pointing out that not being able to distinguish members of the medical staff can actually be dangerous.

Dr. Rob had his own solution to the perceived problem, which involved a small alteration to his surgical cap. It might look strange, but Dr. Rob’s method has gained plenty of traction online …

Dr. Rob calls it the #TheatreCapChallenge. Created on December 10, 2017, he’s using it as a way to encourage medical professionals to join his cause.

You see, he realized that due to the fact many doctors ply their trade in many hospitals, it can be difficult for them to be familiar with all their surgical team by name or profession. In turn, this increases the possibility of a mistake being made, thus threatening patient safety.

In the beginning, some of Dr. Rob’s colleagues teased and laughed at him for his new look, but he knows it will pay dividends in the long run.

When you think about it, mustn’t it get confusing in an operating room where you can’t quite tell who is who? At the very least, it’s a disconcerting thought for whoever happens to be being operated on.

Dr. Rob’s even revealed how he witnessed medical students being mistaken for veteran surgeons and asked to do something they weren’t qualified to do.

Most of the staff at Dr. Rob’s hospital haven gotten onboard with his idea, and it surely won’t be long before this practise spreads.

It’s Dr. Rob’s aim to spread awareness of his challenge, so that all surgeons follow his lead.

Help his cause by sharing this article on Facebook with friends and family.