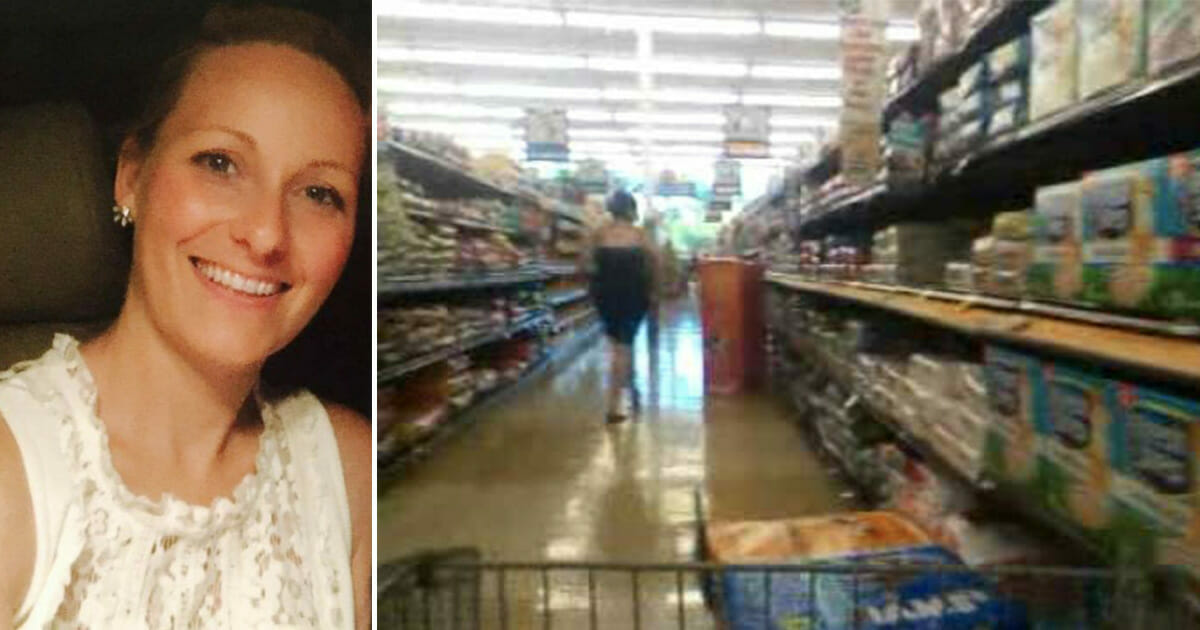 When me and my brothers were little, we weren’t easy to keep an eye on. We were three energetic boys, all born within four years of each other, and all we wanted to do was run around – often in different directions. We were a nightmare for our babysitter, Kate, every time.

I vividly recall one occasion when we were in a store with her. We ran up and down the aisles as she did her best to keep us in line and buy groceries at the same time.

Then, all of a sudden – the three of us together for once – we noticed that Kate was gone. We looked for a time, but couldn’t find her and so decided to go home. I, being the eldest at 8, reasoned that she must have left us in the store. Our home wasn’t far away at all, fortunately, though when we go to the house we realized we had no key for the door.

It wasn’t long before a man approached us and offered to help.

We’d been taught not to speak to strangers, but luckily this individual was simply a kind old man looking to help. He was able to get my mom’s number from a neighbor and call her to tell her we were alone.

Meanwhile, poor Kate was in a state of panic. She believed that my two brothers and I had been kidnapped when she had turned her back in the store. Even now I feel a little pang of guilt every time I think of Kate and the situation we put her in.

Some battles are too cute to fight

In February 2016, a mom, Amanda Cropsey Florcyzkowski, of Texas, USA, was in a supermarket shopping with her two-year-old daughter. Suddenly, she heard the words “Say bye to mommy”.

The simple sentence chilled her to the core. It was a good thing she heard and registered the words, for she now believes the man and woman standing at the checkout, who at first glance looked quite normal, had plans to kidnap her daughter.

Thank God this mother was on guard, otherwise her and her family could have been the victims of something that doesn’t bear thinking about.

My name is Amanda and I'm a Longview, Texas resident. I'm convinced that our daughter was the victim of a potential…

On September 24, 2018, Texas was hit by another such incident. This time, as before, it was a mother out shopping with her four-year-old daughter.

While the mom filled her shopping cart, she did her best to keep an eye on her child. Of course, parents will know how difficult it is to keep your child under constant supervision. Scarily, just two seconds can be enough to open the door to a nightmare scenario.

According to a police report, two unknown people – a man and a woman – tried to take the girl out of her mom’s cart. Fortunately, one of the store employees saw what was happening and intervened, according to the Star-Telegram.

The couple in question quickly disappeared from the store and drove off.

The child escaped with no physical injuries, but the incident is being investigated by police.

Even though we’d like to pay close attention to our children every single second of the day, it’s practically impossible, especially if you have more than one.

As a result, it’s crucial that you educate your kids on what to do if they ever find themselves approached by a stranger.

Instruct your children to scream, kick and fight with every morsel of their strength if someone unfamiliar tries to take them against their will. This sudden explosion of noise is often enough to scare an assailant off by way of drawing too much attention.

How fortunate for the latter mom that there was an attentive shop assistant around to stop what might have been a disaster.

Please share this story on Facebook so that your friends and family are made aware of the risks associated with child abduction and trafficking. We need to educate our children and work together for a brighter future!