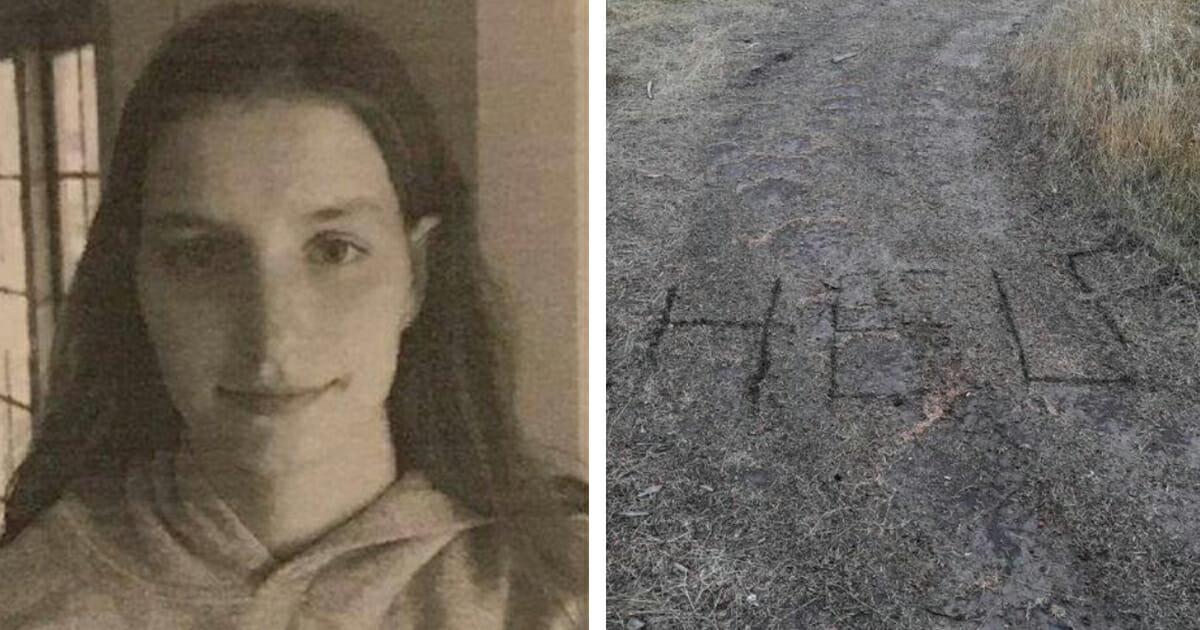 Though no less joyful, raising a child with special needs can be a tougher ask than taking care of one without.

For a parent, the moment you’re told your child has difficulties of one kind or another, it doesn’t completely change your life, but you are forced to consider things you otherwise might not … such as, say, ‘what could happen to them when I’m not around?’

Kathryn Ogle looks very much like any other girl you might pass on the street. Standing 5’4′, with blonde hair and green eyes, she’s normal enough to look upon. Only, Kathryn has faced a host of issues in her life, including cognitive impairment that means she experiences the world at a maturity level of around half her actual age of 19 …

Thus, when Kathryn disappeared on November 1, the authorities knew they had to act fast. The teen had left home wearing just a sweatshirt and pants – she hadn’t even put shoes on.

The Kootenai Country Sheriff’s Office quickly organized a 40-strong search of trained people, as well as drafting in K9 units to help.

The Office wrote on its official Facebook page: “The Sheriff’s Office is respectfully asking that citizens please avoid the area, unless you are an official Search and Rescue (SAR) member or live in the immediate area.

“KCSO appreciates all of your support, but citizens who are not members of (SAR) can often complicate organized search efforts that are already underway.”

Ironically, however, it was an untrained father and son duo who found Kathryn, and in the process most probably saved her life.

KTVB report that Ryle Gordon and stepfather Chris Trumbich were out hunting on November 3, when they noticed something strange about one of the dirt trails they were navigating.

A closer look confirmed that somebody had attempted to scrawl a message into the trail itself.

“You could see that somebody wrote ‘Help’ in the road with a stick and mud,” Gordon said. “Me and my dad kind of panicked.”

The two quickly alerted a nearby command post, and authorities responded by sending out an ambulance immediately.

“The ambulance followed us up there,” Gordon explained.

“They heard somebody saying something, so we all got really quiet, and then one of them yelled, ‘Hello.’ She said, ‘Help.’”

They found Kathryn leaning up against a tree, close to a small fire. She was confused, frightened and alone. Fortunately, she was unharmed, and able to make a full recovery.

We’re thankful Ryle and Chris were able to save the day, who knows what would have happened if they hadn’t?