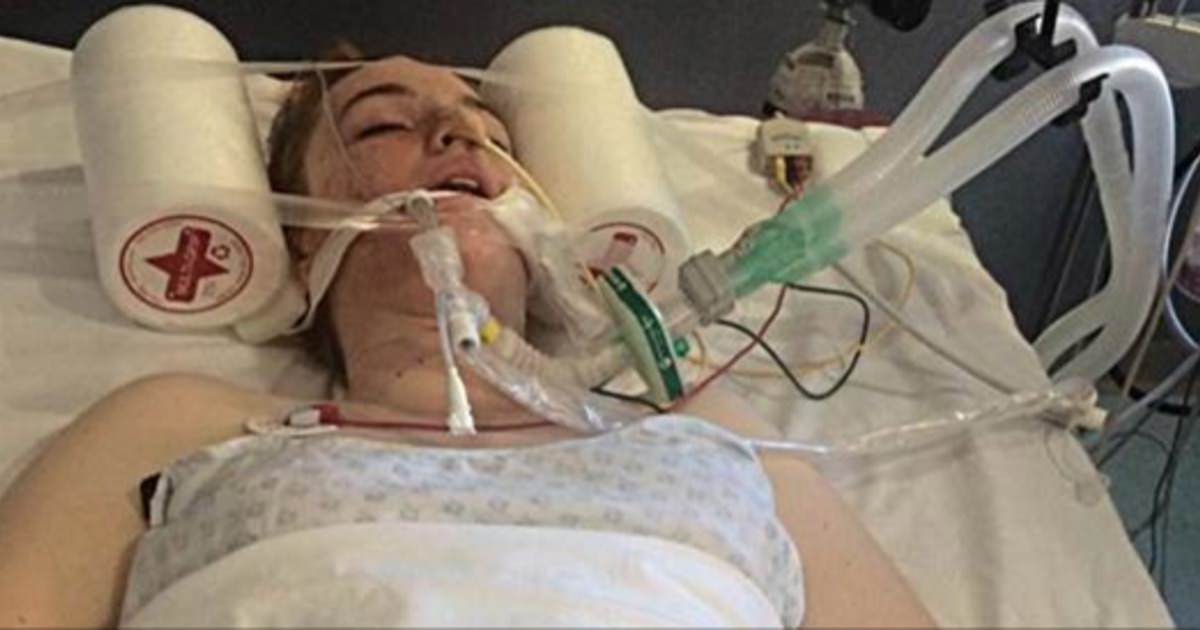 Julia Derbyshire was just 4 when her family emigrated to the United States. But just a few years later, her parents divorced and her dad moved back to the UK. Julia stayed with her mother.

When Julia was in her teens, she began to talk to a close friend about her feelings.

What the innocent 12-year-old did not know then was that the trust she had for her friend would be broken… and the consequences of that breach would be irreversible.

As Julia began to open up, the bullying began, both physical and mental. After two years, Julia’s parents decided it would be best for Julia to move to her father in Britain.

Julia’s parents believed that this would help get rid of the bullying and give her a chance to start over.

But the nightmare would prove far from over. Her old classmates did not give up and continued to bully her through social media.

Outwardly, she tried to conceal the wounds the harassment had caused, but on the inside, she broke more and more each day.

She even confided in an online group set up for young people thinking about committing suicide.

Then, one evening when Julia’s father Adrian came home, he made a terrible discovery. Julia had tried to hang herself.

He tried to revive his daughter, but she was unresponsive. He quickly called for an ambulance. Once in hospital, Julia was taken directly to the intensive care department, and the doctors worked hard to try and save the lifeless girl.

Five days later, Adrian received the horrible news: there was no hope for his daughter – she would never wake up again.

There at the hospital, he had to make a decision that no parent should ever have to take. Doctors could continue to keep Julia’s body going through medication, but she was essentially already dead.

When the ‘plug was pulled’, it didn’t take long before Julia stopped breathing. Adrian was constitently by her side. She died at just 16-years-old.

At the hospital, Adrian snapped photos of his daughter in her hospital bed, but never really dared to look back at them – it was too painful.

But then, two years after Julia’s death, he decided to share her story, adding that “releasing these photos was one of the hardest things I have had to do in my life. Seeing the photos raised emotions back to that time and made me feel physically sick.”

Following his daughter’s untimely death, Adrian began to give his full attention to cyber bullying and its potentially devastating consequences. He decided he wanted to raise awareness so that his fate as a dad never befall another parent again.

“Instead of taking her out for champagne to celebrate her 18th birthday, I was placing flowers on her grave.”

After publishing the pictures, reactions have come pouring in. Several other families who have had similar experiences reached out to thank Adrian.

Julia’s case is indeed a very tragic example of how far cyber bullying can go.

Despite the hardship in dealing with his young daughter’s death, Adrian says he will continue fighting this issue until it never happens again.

Please share Julia’s story in order to help Adrian’s pledge- and so more people can understand the extent of damage that cyber bullying can inflict upon loved ones.