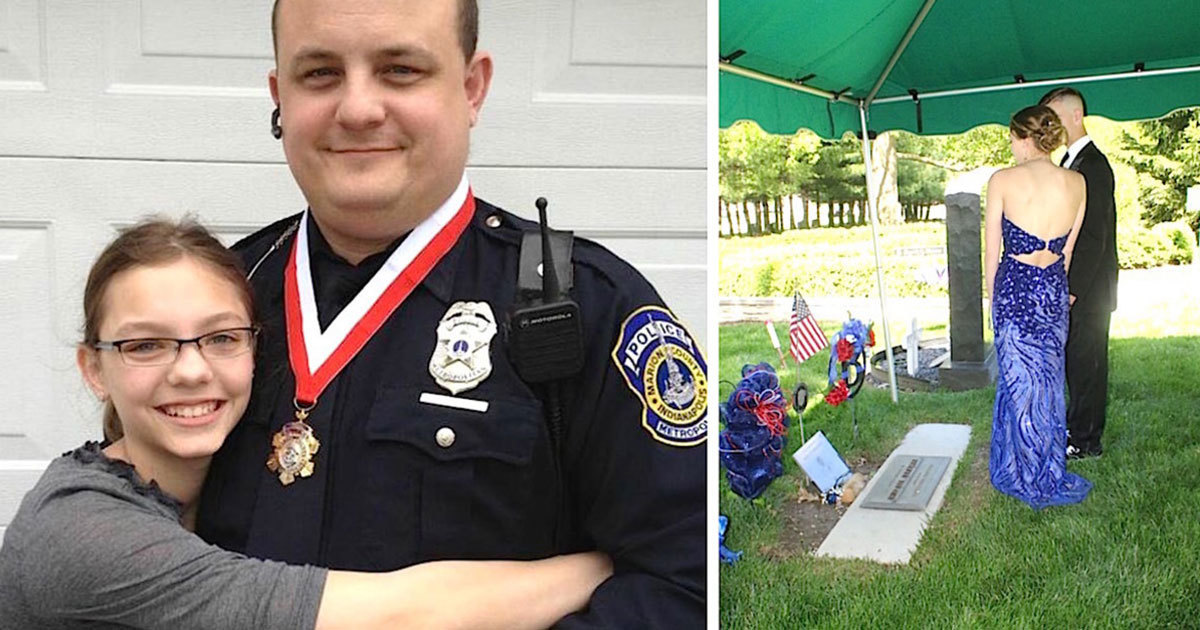 Losing a parent when you’re just a kid has to be one of the most difficult experiences a person could go through in life.

But that was exactly what happened on September 20, 2013 what Sierra Bradway’s dad, Rod, became a victim of meaningless violence.

Police officer Rod Bradway was responding to a 911 call when he heard a woman scream from inside an apartment. He forced his way inside to save her and was fatally shot.

However, Rod didn’t in vain. He saved the life of the woman and her children.

His own family, though, was sent into deep sorrow.

In September 2013, police offiver Rod Bradway was shot while doing what all police officers try to do every day: make the world a safer place.

Rod was struck by a bullet when entering an apartment where a woman and her children were held at gunpont for three hours, writes CBS News.

Rod Bradway, who was happily married and had two children, was missed by many.

Not only did his family lose a beloved husband and father, the city of Indianapolis also lost a devoted and decorated police officer.

Rod’s daughter, Sierra, was devastated when she heard the news that her father was taken from her.

At the same time, she was very proud of him—and that pride has only grown over the years.

Four years after Rod’s death, Sierra was excited to go to& her high school prom.

Before the prom, Sierra wanted to pay her respects to her dad and take some nice pictures with with her boyfriend and prom date, Brock, at her dad’s grave in Crown Hill Cemetery.

Sierra’s boyfriend thought it sounded like a good idea.

But Sierra had no idea that Brock had also shared their plans with his mother.

His mother, who works with the police, asked for backup from some of Rod’s former colleagues…

And when Sierra arrived at the cemetery before the ball, she was completely stunned by what she saw.

She thought it would just be her and Brock there, in addition to a photographer.

But the reality was much different. Check out the video below and you’ll see the wonderful surprise…

Another short video that details the IMPD Blue Line Family and others coming out in support of our Fallen Brother,…

Talk about a nice gesture by the police! It’s a brilliant example of how we can honor those who have been taken for us by showing respect for their relatives.

Sierra will remember this day for the rest of her life!

I want to thank all the police officers showed up that day and then posted this video on Facebook. Share it so that even more people can be touched by this kind gesture!