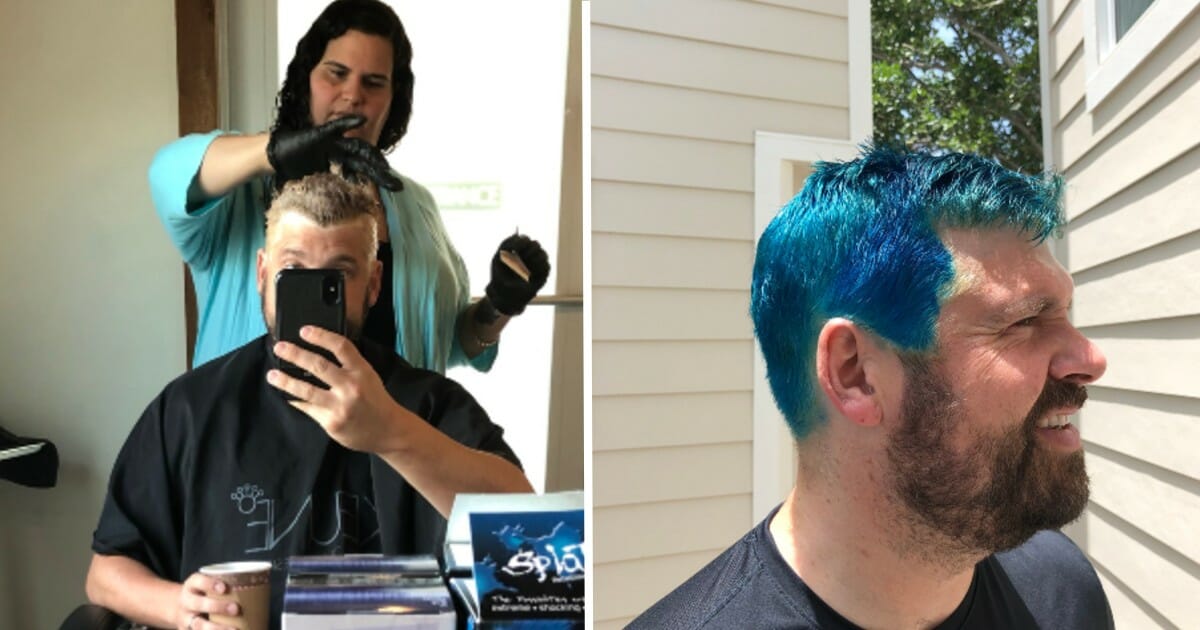 If your child told you they wanted to dye their hair, but would only do it if you dyed your hair as well, what would you do?

You could give them any number of excuses of why you don’t want to dye your hair or you could be like Matthew Green and play along.

The cryptographer and professor at Johns Hopkins University recently shared his decision to dye his hair on Twitter. And while someone dying their hair is generally not newsworthy, it’s what happened as a result of him dying his hair that has caught the attention of many.

After Matthew sent out a tweet to his 90,000 followers about the possibility of dying his hair, Filipo Valsorda, a cryptographer at Google, replied that he would donate $300 to RAICES (Refugee And Immigrant Center for Education and legal Services) if Matthew turned his hair blue.

It didn’t take long before others started placing bets. Soon people were pledging money on Twitter and Slack.

Once Matthew realized people were pledging to donate to RAICES, an immigration legal services provider in Texas, he knew he had to make it official.

He made an appointment to bleach his hair, bought some electric blue hair dye, and then he was off to the salon.

Oh my god how do people do this. pic.twitter.com/bzToo79dKv

As Matthew shared his progress, though at one point he admitted he might not post any photos because he looked like Guy Fieri, people continued to donate.

Thanks for organizing this, internet friends ? pic.twitter.com/uthFsAzLi6

Many people gave several hundred dollars, including Matthew who donated $500.

By the time Matthew revealed his new hairdo, $12,500 had been raised for RAICES.

So @RAICESTEXAS should be $12,500 better off. A great cause even without the hair. Thanks @FiloSottile and many, many others. I may need to sign off Twitter soon just to keep people from making me dye the beard too 🙂 pic.twitter.com/HnkoSSYHLE

Even after the fact, people continued to contribute to the cause.

Many even asked if Matthew would continue the fundraising effort and dye his beard, though at least for the time being his beard is staying as is.

What an awesome fundraising effort!

And to think it all started with a tweet about a child wanting their father to dye their hair blue.