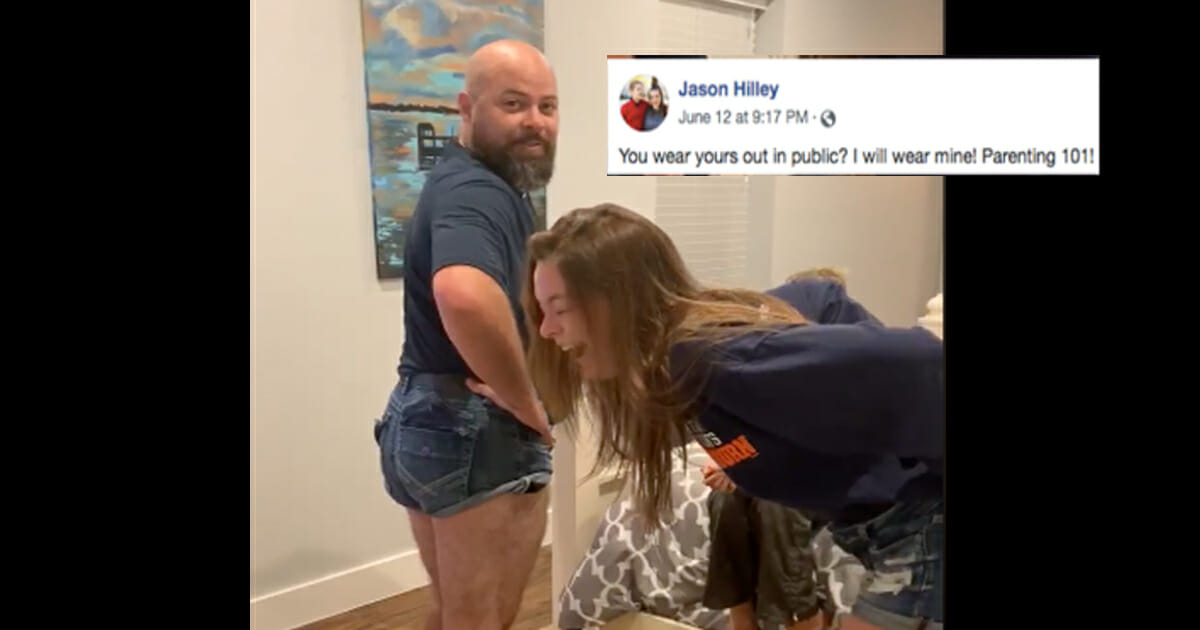 Our children may not like it, but part of our role as parents is to step in when we think they’re making a bad decision.

Of course, the extent of the censorship completely depends on the type of parent you are and how your children behave, but the chances are every single mom and dad in history has had to say ‘No’ to their child at least once.

Jason Hilley certainly has, in any case. He grew fed up with his 14-year-old daughter Kendall’s wardrobe choices – namely the length of the shorts she was wearing – and decided enough was enough. He gave his daughter his credit card in order to buy herself a new, more modest pair. Little did he know it would spark a chain of events that would see him go viral.

Hilley explained: “I said, ‘Kendall, take my debit card and buy yourself shorts that fit. She got on her computer and did just that.”

Hilley was therefore left less than impressed when Kendall walked through the door wearing her new purchase, only for them to be every bit as short as before.

With Option A having proved a disappointment, Hilley turned to his rather drastic Option B. He went into his own wardrobe, took a pair of old jeans out and cut them into his very own short shorts.

Hilley’s wife Allison then filmed him walking into his daughter’s bedroom to show off the new look. Suffice to say, pure hilarity ensues, with the video having been viewed no less than 51 million times in just two weeks.

“Look at my cheeks hangin’ out,” Hilley can be heard saying as he strikes a pose.

And he isn’t finished there. This bodacious dad gets his daughter to don her own shorts so the two can compare, leaving the entire family in stitches.

According to Hilley, his jokes are standard fare in the family.

“We joke around a lot, but Kendall knows when my jokes are serious,” he said.

“Kids will be kids and try to push the limits. That’s when I step in and try to correct the behavior with a little bit of humor. You don’t have to yell and scream and punish to get a point across.”

Watch the hilarious film in the video below:

That’s certainly one way to teach your daughter a lesson!

Share this article if you, too, think it was hilariously funny.