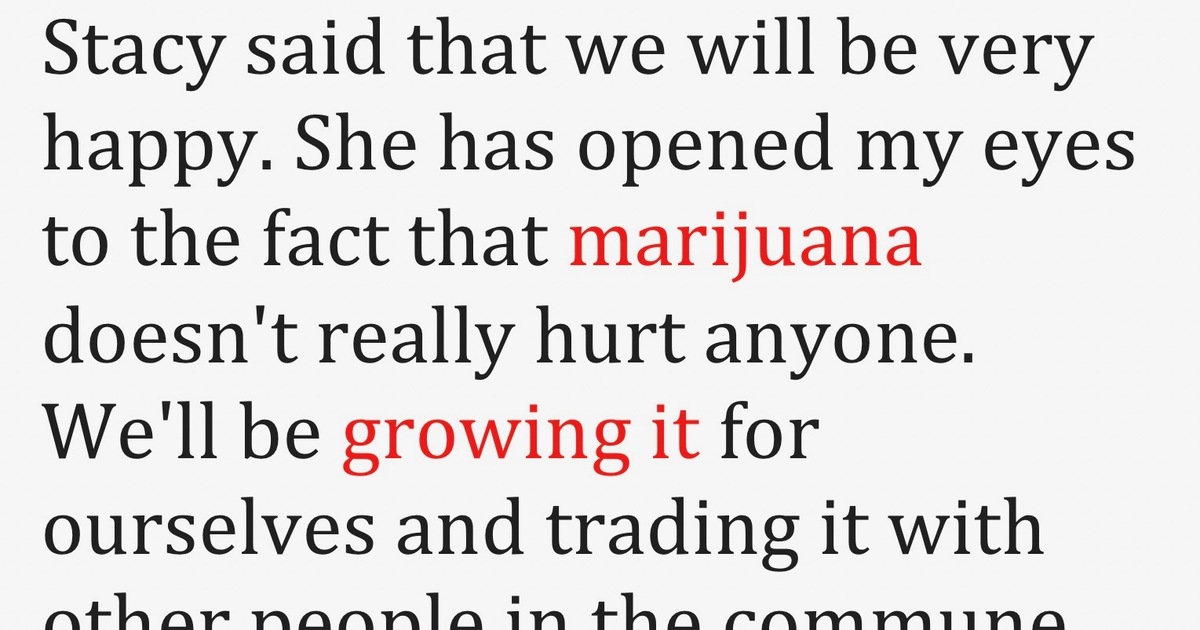 Every parent of a teen worries from time to time that their child will fall in with the wrong crowd. So I can’t imagine what was running through this father’s mind when he found a letter from his son telling him that he had run away with his older girlfriend.

Not only did the teen’s girlfriend convince him that marijuana isn’t so bad, she was also pregnant. Fortunately, though, the dad was able to read the rest of his son’s letter and find out what the teen really wanted to tell his dad.

When he passed his teenager’s room and noticed that it was suspiciously clean, the dad immediately knew that something was wrong. Even the bed was made, prompting him to go into the room and have a look around. Soon, he found a letter marked “Dad,” and when he opened the letter, he got the shock of his life.

The man’s son wrote him a long letter about how he had eloped with his older girlfriend and that he knew that the parents wouldn’t accept her. But it only got more shocking from there. Read it here:

“Dear Dad: It is with great regret and sorrow that I am writing you. I had to elope with my new girlfriend because I wanted to avoid a scene with mom and you. I’ve been finding real passion with Stacy, and she is so nice, but I knew you would not approve because of her piercings, tattoos, tight motorcycle clothes, and the fact she’s much older than I. But it’s not only the passion Dad; she’s pregnant.

“Stacy said that we will be very happy. She owns a trailer in the woods, and has a stack of firewood for the whole winter. We share a dream of having many more children. Stacy has opened my eyes to the fact that marijuana doesn’t really hurt anyone. We’ll be growing it for ourselves and trading it with other people in the commune—for all the cocaine and ectasy we want. In the meantime, we’ll pray that science will find a cure for AIDS so that Stacy can get better. She sure deserves it!

Don’t worry Dad. I’m 15, I know how to take care of myself. Someday, I am sure we’ll be back to visit so that you can get to know your many grandchildren.

P.S. Dad, none of the above is true. I’m over at Jason’s house. I just wanted to remind you that there are worse things in life than the school report card that’s on the kitchen table. Call me when it’s safe for me to come home!”

Isn’t it wonderful that this family had a sense of humor! Please share this joke with your friends if it also made you laugh!