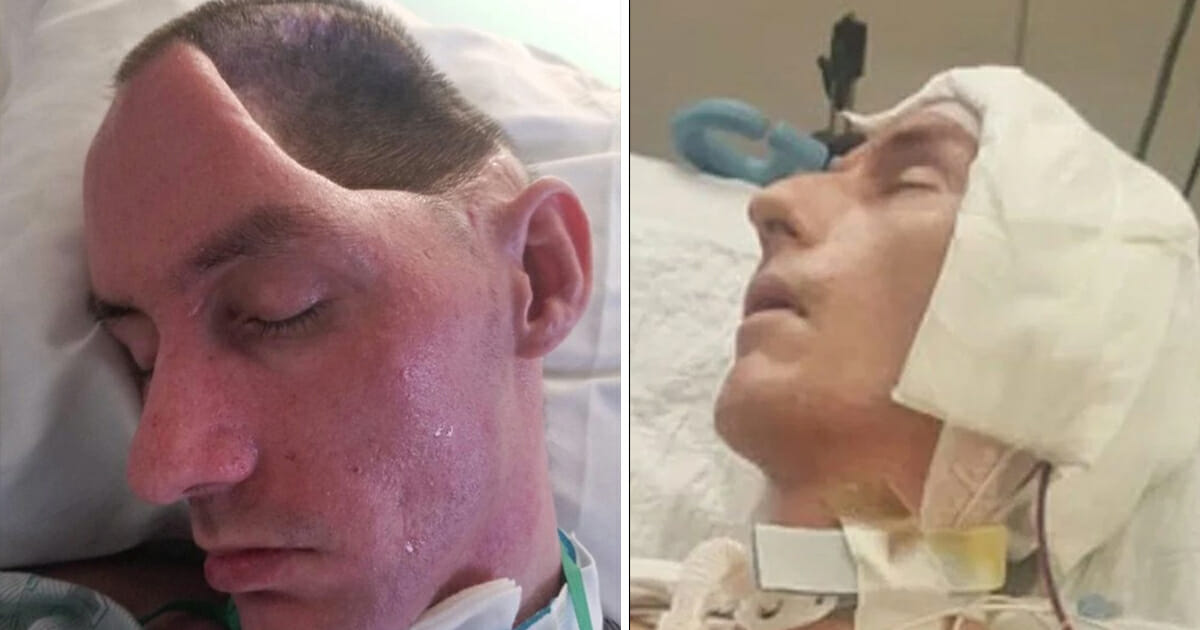 I like to think we live in a fair and just world, one where good things come to good people and justice is served to those who do wrong.

Unfortunately, as we all likely know, that’s rarely the case.

A father-of-two has been left with a “sunken brain” and half a skull following a violent assault in New York City. Worse, reports state his attacker only served two months of his sentence.

32-year-old Steven Augustine was attacked in May 2018 and beaten with a baseball bat. It’s now more than a year since the incident and he’s still fighting for his life.

As per reports, Steve needs a plastic skull fitted to protect his brain. The bat shattered the left side of his skull, meaning it had to be removed. He was left paralyzed.

The 32-year-old was put in a coma and now suffers from “sunken brain syndrome”. Incredibly, however, his attacker, Charles Miles, was handed only a misdemeanour charge after pleading guilty to assault. He served just 72 days of his 365-day jail sentence.

Medics have stated their belief that Steven’s injuries are consistent with blunt force trauma, but lawyers argued that Miles only punched Steven once. They say the injury to his skull was caused by falling backwards and hitting his head on the ground.

Steven’s mom, Donna, however, refuses to accept that his injuries were caused by a single punch.

“The damage that has been done could not have happened after one punch. he left side of his head shattered along with multiple skull fractures throughout his head and face, and he has had bleeding on the brain.

“Charles Miles was given a light sentence and I want justice for my son who is fighting every single day for his life. Steven was a happy, fun-loving guy who loved his job as a chef – he would work 12-hour shifts and was still smiling at the end.

“He loves his children and family more than anything in the world and to see him now, severely brain damaged, is devastating. I am heartbroken – my son is in a vegetated state.”

Indeed, it certainly seems as though Miles has gotten off lightly. Steven’s life has been changed forever, and that is the real tragedy in all of this.

We’re sending all our prayers in the direction of Steven and his family.

Share this article if you want to wish him well with his recovery.