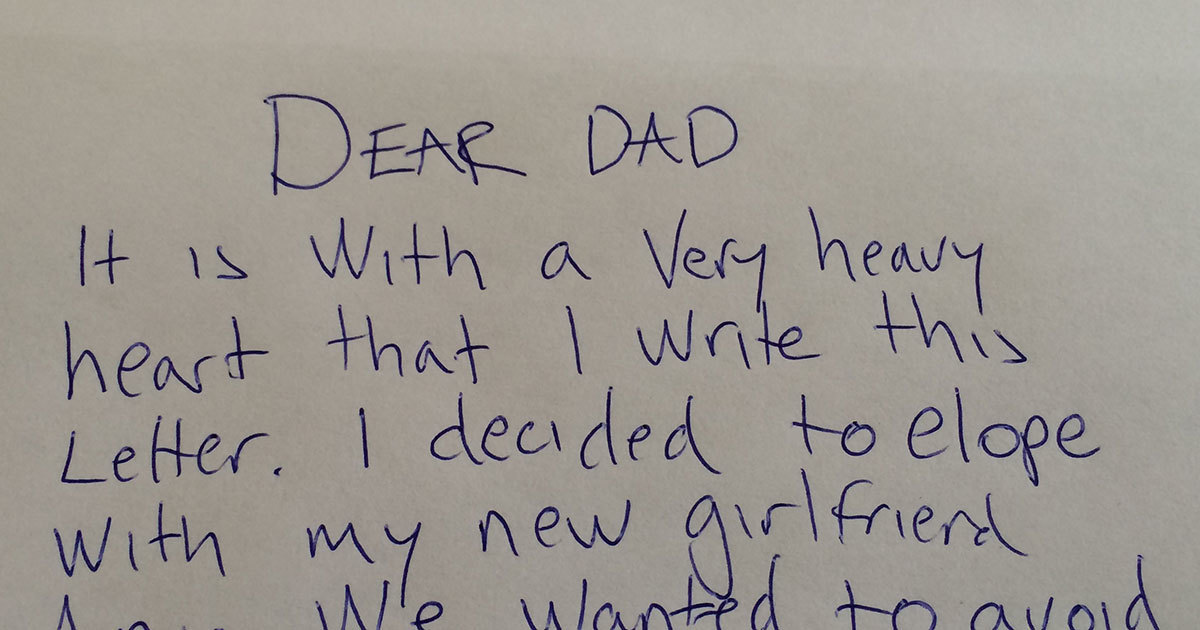 Remember being a teenager and in constant fear of getting in trouble with your folks? Maybe you were sent to detention at school, broke something valuable around the house or got caught doing something you weren’t supposed to do. Looking back, you might laugh about it now, but if you were anything like me you were terrified about your parents finding out about whatever you might have done.

It usually just meant getting a long lecture. Some of us were worse off and got yelled at for hours, or even grounded. When you think about it, it wasn’t really that bad, but somehow at the time it felt like the end of the world. I think every kid has gotten in trouble at some point but some were probably better at getting out of trouble than others. There were the ones who miraculously knew when to dodge bullets or were just very good at covering things up.

Then there are always those who have a talent for charming their way out of anything with a good dose of humor – basically, they’re off the hook just for being so darn funny.

A prime example of that is this kid who decided to leave his dad a suspicious note. Here’s what it said…

It is with a heavy heart that I write this letter. I decided to elope with my new girlfriend Anja. We wanted to avoid starting a scene with you and mum.

I’ve found real passion with Anja and she is so lovely – even with her nose piercing, tattoos, and her tight motorcycle clothes. But it’s not only the joy Dad, she’s pregnant and Anja said that we are going to be very happy.

Even though you won’t care for her as she is so much older than me, she already owns a trailer in the woods and has a stack of firewood for the whole winter. She wants to have many more children with me and that’s now one of my dreams too.

Anja taught me that marijuana doesn’t really hurt anyone, and we’ll be growing it and trade it with her friends for all the cocaine and ecstasy we want. In the meantime, we’ll pray that science will find a cure for HIV so that Anja can get better. She really deserves it.

Don’t worry Dad, I’m 15 years old now and I know how to take care of myself. Someday I’m sure we’ll be back to visit, so you can get to know your grandchildren.

Your ever loving son,

PS: Don’t worry Dad, none of the above is true. I’m over at the next door’s house. I just wanted to remind you that there are worse things in life than my school report which is in the centre drawer of my desk. I love you!

This story was orginally published in a magazine and has made rounds on the internet for a while, not sure if it’s a true story but we just find it so funny we had to share it!

Do you think this was a clever move to avoid getting in big trouble? Did it make you laugh as much as we did? Then by all means, please share this with your friends!