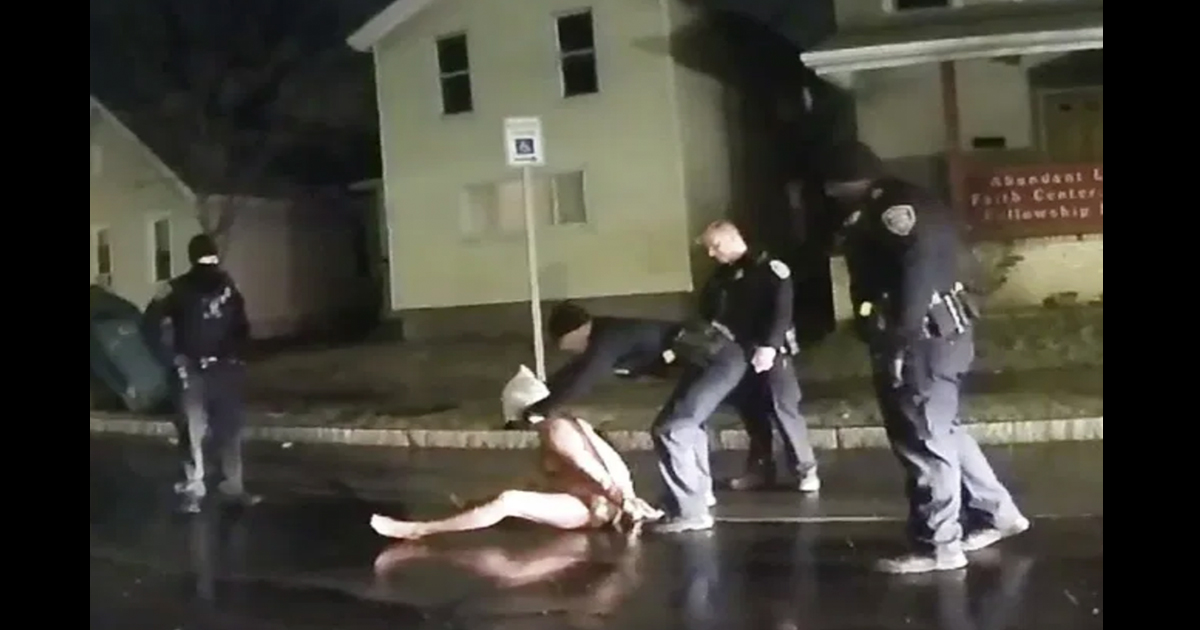 A black father-of-five has died from asphyxia after being hooded and pressed against the road for two minutes by police officers, according to reports.

Bodycam footage from the officers shows 41-year-old Daniel Prude being arrested in Rochester, New York after his brother had called them over concerns relating to his mental health and welfare.

Yet he was hospitalized after being restrained, and eventually died a week later after being taken off life support on March 30.

Reports state that his death received little attention before Wednesday, when his family released the bodycam footage and reports from the incident at a press conference.

Joe Prude, Daniel’s brother, who placed the initial call to the authorities, said that Daniel had died in a “coldblooded murder”.

Joe called the police at 3am on March 23, 2020, after Daniel had ran out of his home while on a visit from Chicago. Given that his brother was suffering with acute mental health issues, Joe deemed it prudent.

Yet the videos from the bodycams show Daniel, who was unarmed and had taken off his clothes, complying with officers when they arrived on scene. They told him to get down on the ground with his hands behind his back, to which he replied: “Sure thing, sure thing.”

The 41-year-old then began to shout as he sat handcuffed on the sidewalk in the rain. Officers responded by forcing a spit hood over Daniel’s head, before then pressing his face into the street as he objected.

A cop can then be seen holding Daniel’s head down with two hands, while another kneels on his back. Two minutes later, and his whimpering has stopped and he is no longer speaking or moving.

Metro cite a medical examiner as having confirmed that Daniel’s death was a homicide caused by “complications of asphyxia in the setting of physical restraint.”

“How did you see him and not directly say, “The man is defenceless, buck naked on the ground. He’s cuffed up already. Come on”.

“How many more brothers gotta die for society to understand that this needs to stop?”

Rochester police have said they are investigating Daniel’s death, though the officers involved remain on the force.

I don’t know about you, but to see a man in Daniel’s position lose his life when he desperately needed help is unnerving to say the least.

Share this article if you think our policing system needs an overhaul with regards to how police officers are hired and trained. It seems like the only way we’re going to save lives.