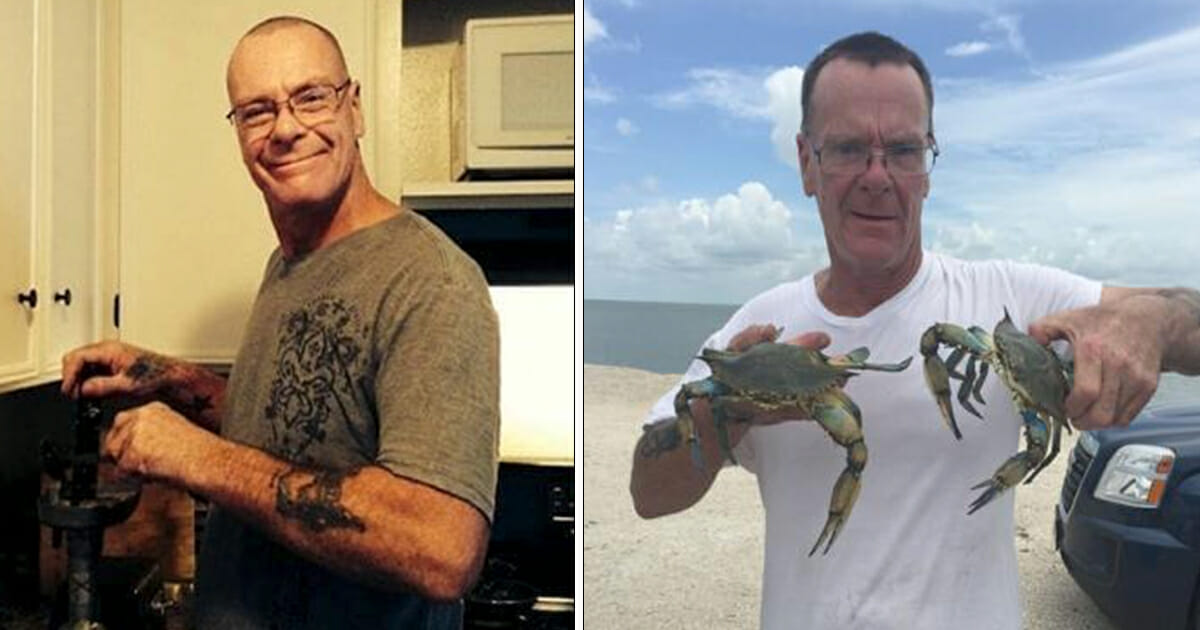 Four days after Gary Evans went crabbing in waters along the Gulf of Mexico, he was dead from a flesh-eating bacteria.

According to reports, the dad of six never went swimming during the trip with his wife, but he contracted necrotizing fasciitis, a potentially deadly flesh-eating bacteria.

The 56-year-old was crabbing with his family at Magnolia Beach in Texas, along the Gulf of Mexico, on the Fourth of July. Within two days, though, he could no longer walk.

Doctors diagnosed Gary with vibrio, a flesh-eating bacteria that can reside in the warm waters around the Gulf of Mexico. The vibrio ultimately developed into the necrotizing fasciitis that took his life.

BREAKING NEWS: ?️ Texas man of 6 Dies of Flesh-Eating Bacteria Despite Never Going in the Water.

Gary Evans never went for a swim during a trip with his wife to Magnolia Beach in Texas, along the Gulf of Mexico, but a day spent crabbing he contracted a flesh-eating bacteria. pic.twitter.com/K0dlQsWLc0

Making matters worse during her time of grief, Gary’s wife, Debbie Mattix, has been left wondering how he contracted the bacteria that killed him, as according to her he never once swam in the water.

Speaking to KHOU, she said: “His hat fell off into the water a couple of times, and he picked it up, and you just laugh about it, and he put it back on his head, was that it?

“Was that the entryway then? I don’t know. Could it have been when he pulled the crab traps out of the water and the breeze, some of the water sprinkled on him then? But to say we floated out in the water, no. We never got in the water.”

@KHOU
My stepfather unfortunately caught vibrio virus, here in Victoria, tx ( flesh eating disease from the gulf). You did a story about him, will you please share the GoFundMe acct. and trying to raise money for his expenses.
thank you https://t.co/vo1exmZptS

“On Saturday morning, he couldn’t walk,” Debbie told the Victoria Advocate. “That is how quick it hit.”

Having noticed his legs and feet were swollen, Gary’s family took him to the hospital as a precaution.

“We got there and they let me know he wasn’t going home; he was going straight into ICU,” Debbie explained.

“Doctors started treating him for Vibrio, but it wasn’t confirmed until the next day; that is when they said it started manifesting itself.”

Despite doctors administering antibiotics, the swelling in Gary’s legs soon turned into blisters.

Gary went into surgery, but Debbie was told he only had 76-hours to live.

“They did everything they could do. He was very, very sick, and it ended up beating him. It spread into his liver, his kidneys and he was on a respirator. It also got into his blood system and started collapsing his veins.”

She continued: “This bacteria is a lot worse than people really think it is. It is not a bacteria that is easily contained; it comes in with vengeance, and it is relentless, just, like, destroying everything in its path.”

A GoFundMe Page has been established in Gary’s name. It can be found here.

It’s Debbie’s hope that her story will be shared to spread awareness of an issue many people either might not know about, or might not treat with the necessary seriousness.

Please share this story to help Debbie and her family at this most difficult of times. Rest in peace, Gary.