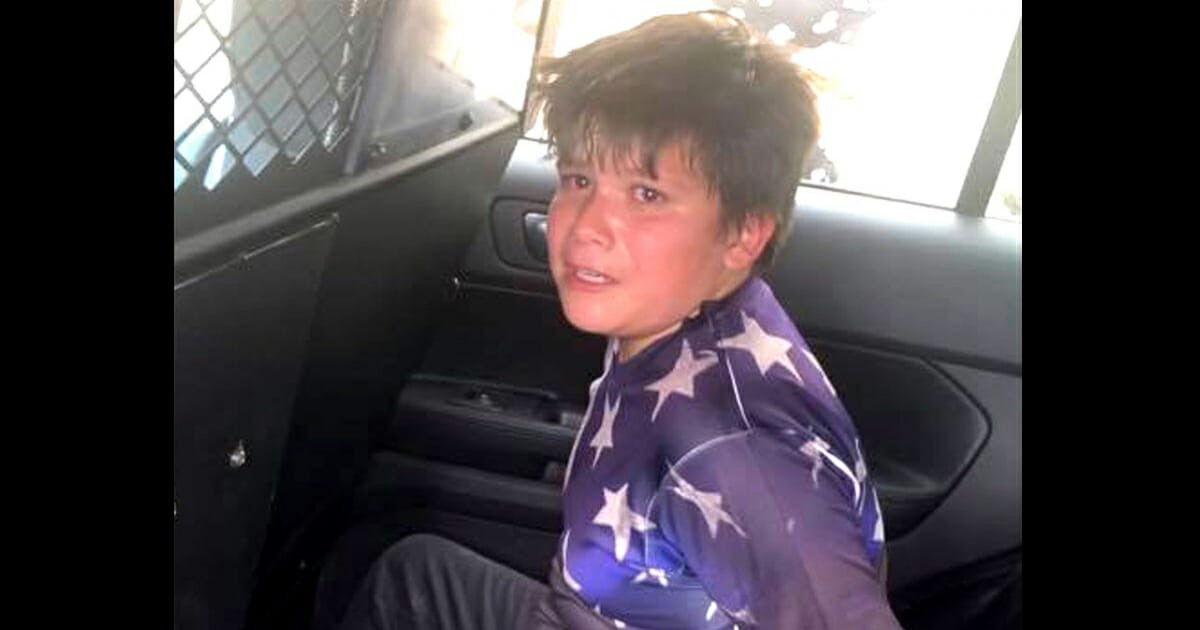 Confidence is a trait that can take years to build and mere seconds to destroy.

This can be doubly true when it comes to children, especially those living with conditions such as autism.

Trevor Hibbert has taken to Facebook to condemn his son Abraham’s school, after photos emerged of him sitting handcuffed and severely distressed in the back of a police car.

11-year-old Abraham, who has autism, reportedly ran away from Endeavour Middle School in Lancaster, California after kicking a school employee while he was being restrained. The boy was later handcuffed by deputies after school officials called them to help in the search to find him.

Trevor says this is the third time Abraham has been able to flee the campus since he started 6th grade. Incidents such as the one Abraham was involved in with the school employee are followed by a period in which the boy needs space and time to calm down. Trevor, however, says school staff cornered his son, resulting in him running away.

Speaking to Fox 11 News, Trevor revealed how he adopted Abraham at six months of age, and has always been protective.

This is what happens to an 11 year old, special needs, severely autistic child when he has a meltdown and is able to…

He feels the school needs to do more to work with his son, and took to Facebook to deliver an impassioned post.

“This is what happens to an 11 year old, special needs, severely autistic child when he has a meltdown and is able to walk off the Lancaster School District, Endeavour Middle School “secure” campus almost a mile away, for a THIRD TIME in three weeks due to their gross failure to adhere to his IEP by the Administration and District. Thank God our Sheriff’s department was there to clean up your mess, but the damage is done…”

In particular, Trevor is criticizing administrators at his son’s school for their failure to follow the individualized education program the district had in place for Abraham.

He claims Abraham’s aide at Endeavour is sometimes replaced by a non-trained school employee, increasing the chances of regrettable instances playing out.

What do you think? Do you think the school needs to be working harder to help Abraham? Let us know thoughts in the comments box.

Meanwhile, share this article if you think every child has a right to a safe and fair education.