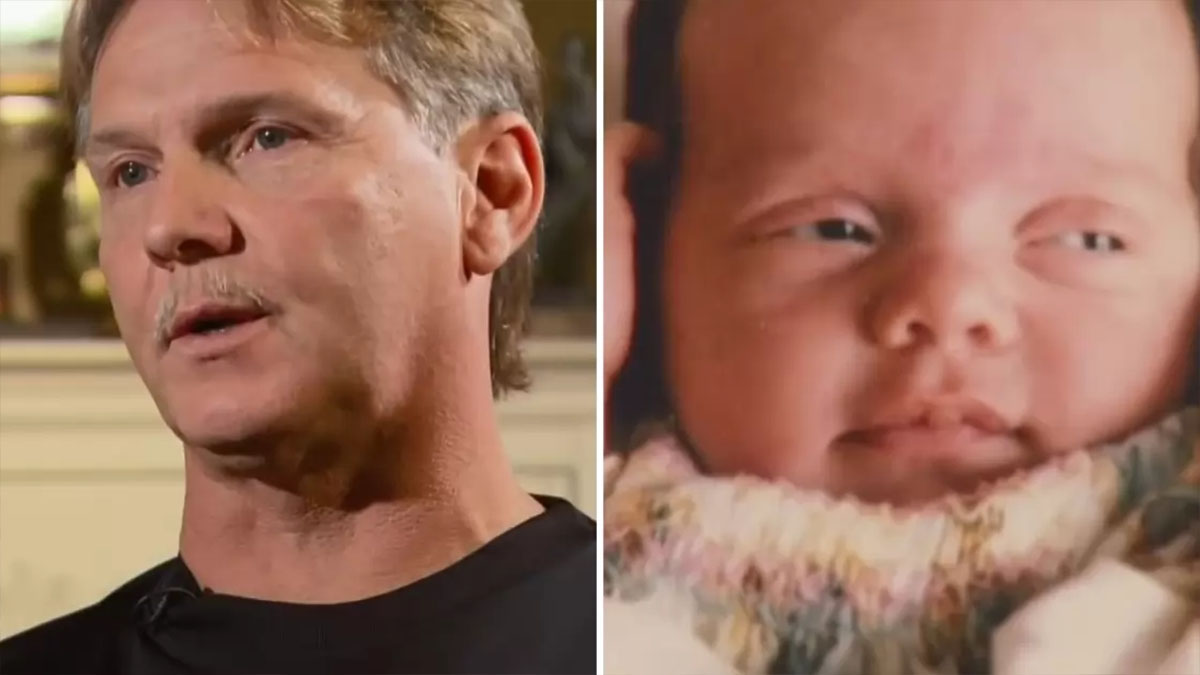 When Jim Mcaskill was told by his girlfriend that she was pregnant he was unprepared but was willing to do all he could to help raise her.

He was only 15 years old so had no comprehension of what this would involve and with both parents-to-be still at school, raising a child would have been a tough call.

His girlfriend bravely decided to carry the baby but then give her up for adoption, against the wishes of the father.

When Jim’s daughter Devon was born in 1978 she was immediately put up for adoption; Jim was desperate to say goodbye to her so bending hospital rules Jim was given 10 minutes with his daughter.

“A nurse took me to a little room, put me in a gown, and brought Devon to me. Just this little small pudgy nose and she just kept staring up like she knew who I was,” he said “I kissed her and gave her a little hug.”

The loving dad wanted to bring a piece of his daughter home so took a beaded necklace with Devon’s name from her neck, vowing that one day he would return it.

Not being allowed to know where his daughter was being raised he celebrated every birthday and Christmas with his daughter in mind and even wrote letters to her in the hope that one day she would be able to read them.

Jim searched for his daughter and as the years went by his search became even greater and more urgent.

His name was not on her birth certificate which made his search harder but undeterred and determined to find her he scoured adoption agencies in the U.S. and Canada.

But in 2013 he was led to search for the name Nicole Stefanick on Facebook. When he opened her profile and saw her picture he was shocked at how much she looked like her mom.

After more than three decades of always thinking about his little girl and never giving up hope that he would find her, the two would finally be reunited.

Jim couldn’t hold back the tears when he met his daughter again after so long.

“I lost it in the middle of the hallway,” he said of his first meeting with his daughter after 35 years apart. “I cried my eyes out and couldn’t believe how beautiful she was…I told her I loved her, always did, always will.”

Meanwhile Nicole was concerned her biological father wouldn’t like the person she had grown up to be, but that thought went as soon as she saw him.

“There was an instant connection,” she said. “It’s indescribable to know the last 35 years I’ve been thought of and loved.”

He gave her all the presents and cards he bought for her over the years and of course returned the beaded necklace with her name on.

Nicole now wears the treasured necklace on her wrist.

Such a beautiful story of hope; the fact that Jim never gave up his search just shows how strong the bond is between a parent and their child and how they would do anything to be with them.