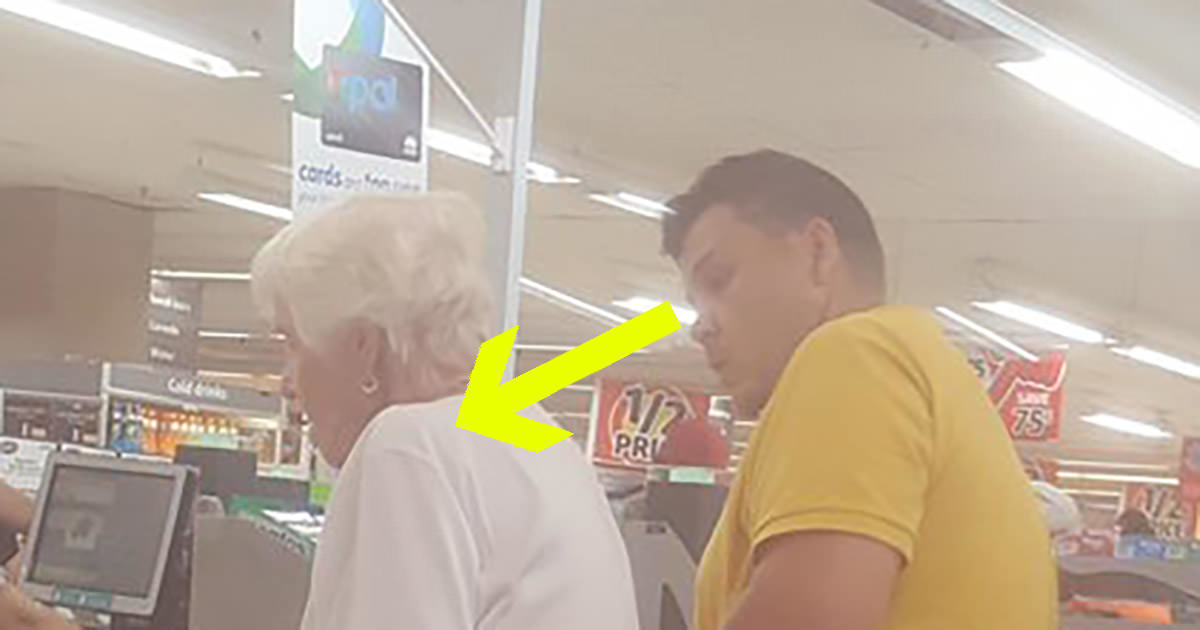 At a time when we’re constantly reminded of all the hatred and darkness in the world, it’s refreshing to read about something as simple as one person being kind to another.

You know, like when an ordinary person looks around, sees someone in need, and decides to help.

Ryan O’Donnell is a father of two who’s being praised by people all over the world for what he did at a supermarket in Australia.

Parents of toddlers know that shopping at your local grocery store can be challenging.

Your children just want to run around and play — and instead of just grabbing everything on your shopping list and paying for them in peace, you have to keep an eye on your kids at all times.

And that’s why I’m so impressed by Ryan O’Donnell from New South Wales, Australia.

Most people would say the father of two had enough on his hands to care about anyone else in the supermarket that day.

But Ryan noticed an elderly woman ahead of him in line. When she gave the cashier her bank card, it kept getting declined. It was obvious she didn’t have enough money to pay — so Ryan stepped in.

Ryan asked the cashier how much the woman’s groceries were, heard the answer — $44 — and handed the woman a $50 bill.

When the lady asked how she could repay his kindness, Ryan simply answered, “Don’t worry. Have a good day.”

Another customer saw the whole thing, took a picture, and posted it to Twitter. Now, it’s spreading like wildfire online and Ryan is being praised as a hero — even though he says he was just doing what his parents taught him: helping others!

This story gave me new hope for humanity. Please share it to pay tribute to Ryan and all the other good Samaritans out there!