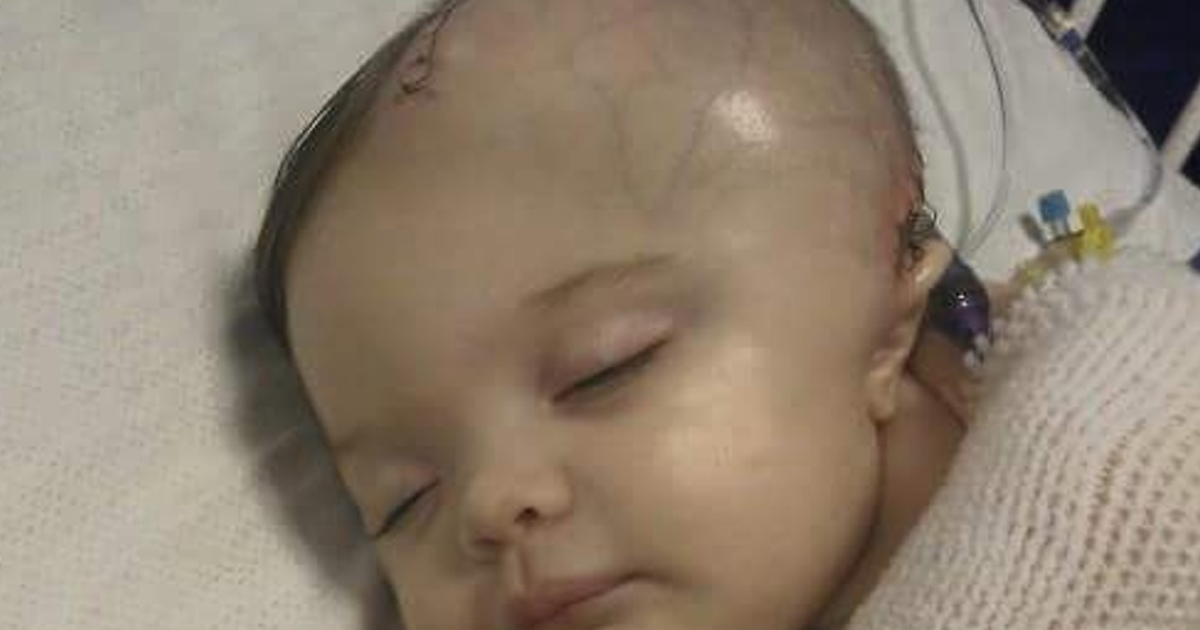 Babies are little and fragile, and you’d never imagine that anyone who loves children would hurt your little one.

Nevertheless, abusive head trauma (AHT) or shaken baby syndrome, is the second most common cause of death among infants after sudden infant death syndrome.

Cheyenne Rae Owensby’s parents split up shortly after she was born. Every other weekend, the little girl stayed with her dad.

One day when Cheyenne was eight months old, her mother, Amy, dropped her daughter off at her dad’s house. Only an hour and a half later, Amy received a phone call that no mother ever wants to get.

Her daughter was being rushed to a nearby hospital in a helicopter. She wasn’t breathing.

James Davis Jr. was annoyed and angry that his baby daughter wouldn’t stop crying, so he shook her, hoping she’d quiet down. It was a decision he’ll regret for the rest of his life.

He shook Cheyenne so hard that her skull was cracked and she suffered bleeding on the brain. Doctors didn’t think Cheyenne would survive the night because she had such extensive injuries.

When the little girl’s mother, Amy, arrived at the hospital, she saw her daughter lying in a hospital bed full of tubes and bandages. Cheyenne had to undergo many operations, and she had to have half of her brain removed, writes the Daily Mail.

But against all odds, the little girl fought on, and after a month in the hospital, Cheyenne was allowed to go home. Cheyenne’s mom, Amy, wrote about the what she went through on the Facebook page Prayers for Cheyenne Rae.

“I dropped my happy, healthy 8-month-old baby girl off with her dad for the night. An hour and a half later, I got the call that changed my life forever.

My sweet baby wasn’t breathing. The man I was in love with, my first love, high school sweetheart, a guy I had known and shared a life with almost 10 years did this to OUR daughter. My whole world came crashing down.”

On Cheyenne’s Facebook page, you can also read that Cheyenne’s father, James Davis Jr., was sentenced to 10 years in prison and five years of probation after serving his sentences.

Despite having half of her brain removed, Cheyenne learned to talk and play.

She’s paralyzed on the right side of her body, but she survived and fights on, despite her disability. Today, she’s five years old and enjoying life. And when you see her beautiful smile, you’d never know what happened to her that fateful night.

Share this article with your friends on Facebook to help Amy spread the word about how terrible shaking your baby can be.