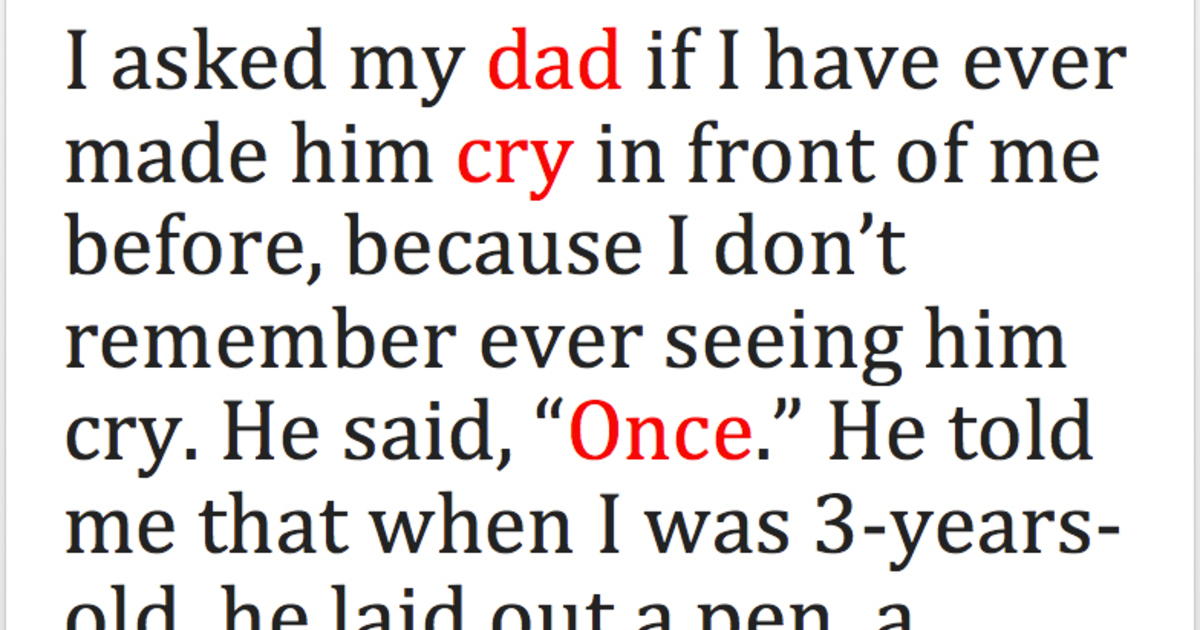 This story went straight, and I mean straight, to my heart. It’s very short, and incredibly sweet – and the way it’s told just hit me right in the chest. I actually still have a lump in my throat! It basically a story about love – love between a father and child. The father is not a very emotional man – in fact, his daughter has virtually never seen him cry. But it turns out he did. Once. Read on, but grab some tissues first.

I asked my dad if I have ever made him cry in front of me before, because I don’t remember ever seeing him cry. He said, “Once.”

He told me that when I was 3-years-old, he laid out a pen, a dollar, and a toy of some sort in front of me. He wanted to see which one I would pick. I think that a lot of Chinese people do that… It represents what you’ll value most when you grow up. Like the pen is intelligence, money, is well, money, and the toy is fun. He was just doing it out of curiosity and boredom. It was interesting for him to see which one I’d pick anyway. He said that I just sat there and stared at the items. He sat across from me and waited patiently.

According to him, I crawled towards them, he held his breath, and I pushed everything aside and went right into his arms. He didn’t realize that he was one of the choices. And that was the first, and the only time I made him cry.

Pass along this moving short story to all your friends.