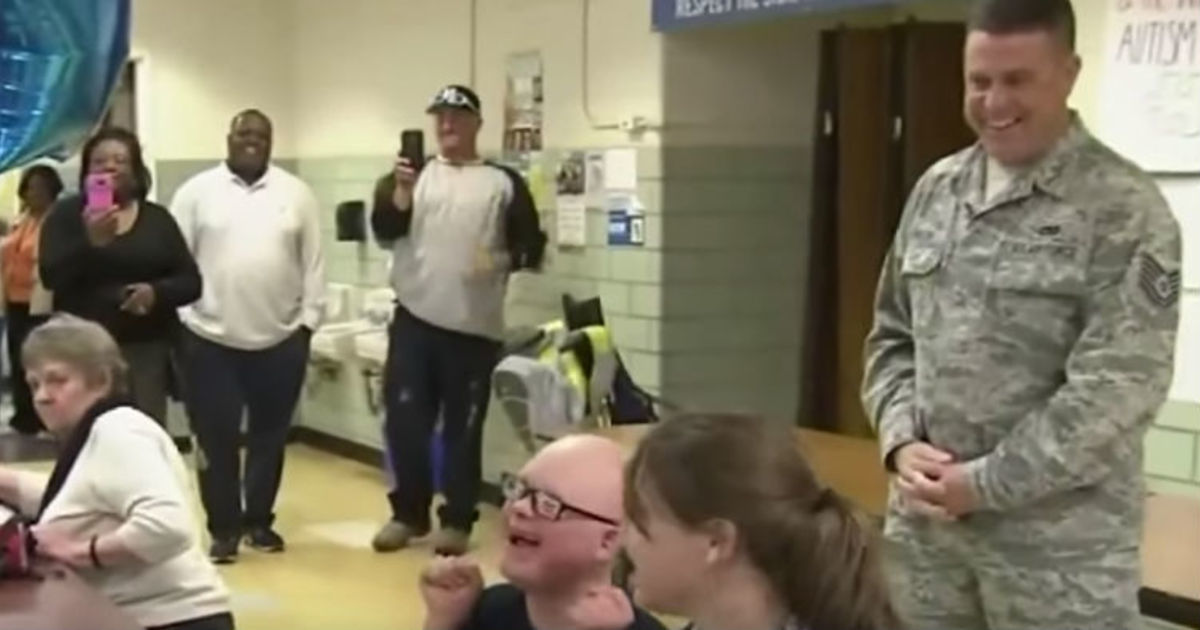 Having one parent work abroad can be stressful for the family back at home—especially when that parent has a dangerous job.

Often their children worry, which is perfectly understandable.

John Grieten was stationed at a military base in Southwest Asia for six months before he was finally able to return home in May, 2016.

John snuck into the classroom where his 15-year-old son, Joshua, was listening to his teacher.

First John stands absolutely still behind his son and waits… But then he leans over him and asks if he can sit down.

But John Grieten wasn’t done. He did exactly the same thing for his daughter while she was in the cafeteria eating lunch.

His daughter jumps into his arms and screams with joy while her shoolmates watch in awe.

It’s hard not to shed tears of joy seeing these beautiful reunions!

Please share this video on Facebook if you want to send your friends some love and joy!