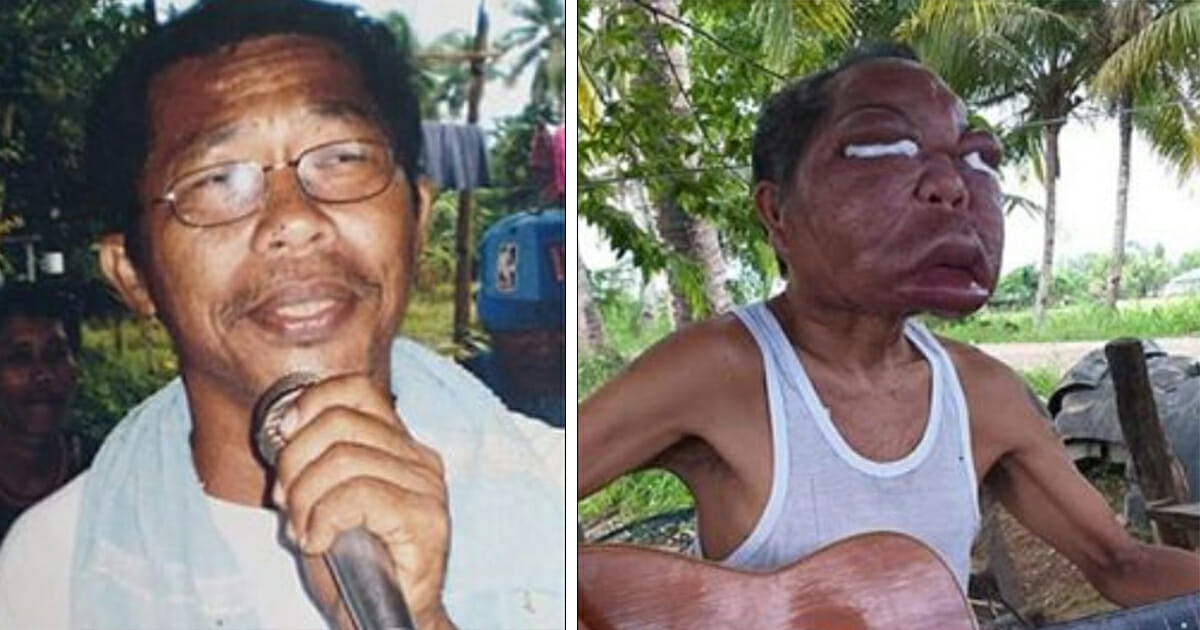 It’s not unusual to complain in life; to wax and wane about how certain things are unfair or haven’t gone your way.

I’m certainly guilty of grumbling over perceived injustices, and I know I’m not alone.

That said, things could definitely be a whole lot worse. Though sometimes I might be down, or it might seem as though things aren’t going my way, I still have good health, and that’s something that should never be taken for granted.

Just ask Romulo Pilapil, a 56-year-old father-of-three from the Philippines, who began to feel ill three years ago after developing symptoms including itchy eyes and a running nose.

Fast forward to present, and Pilapil’s face has swollen to three times its normal size. What’s more, according to the Daily Mail, doctors are still baffled by the cause.

Pilapil, who worked as a carpenter, initially believed he had a common cold when he began to experience itchy eyes and a running nose. Doctors diagnosed him with sinusitis and gave him medication.

Two weeks later, however, his condition had continued to deteriorate, leaving him with a face that had started to swell.

Medics on the island where he lives were left stumped by the mystery illness. They advised him to travel to Manila for treatment, but his family could not afford to send him. As a result, Pilapil eventually lost his eyesight when his eyelids swelled shut.

His children, all of whom were studying at the time, had to take up jobs to support the family, while his wife became a street sweeper in a bid to make ends meet.

Nephew John Santos explained: “The doctors asked him to transfer to a bigger hospital in Manila where they could treat him, but the family could not afford to do this.

“Since then he hasn’t had any treatment.”

Pilapil’s last medical examination was last year (2018) and the family haven’t followed up with local appointments because there is nothing more than can be done by medics on the island.

What a terrifying and unfair situation to be in. As you can see from the images, Pilapil’s condition is severe, and not one he can live with easily.

We’re sending all our prayers in his direction, and hope that you’ll do the same.

Share this article to raise awareness of Pilapil’s case, and to send your thoughts and well wishes in his direction.