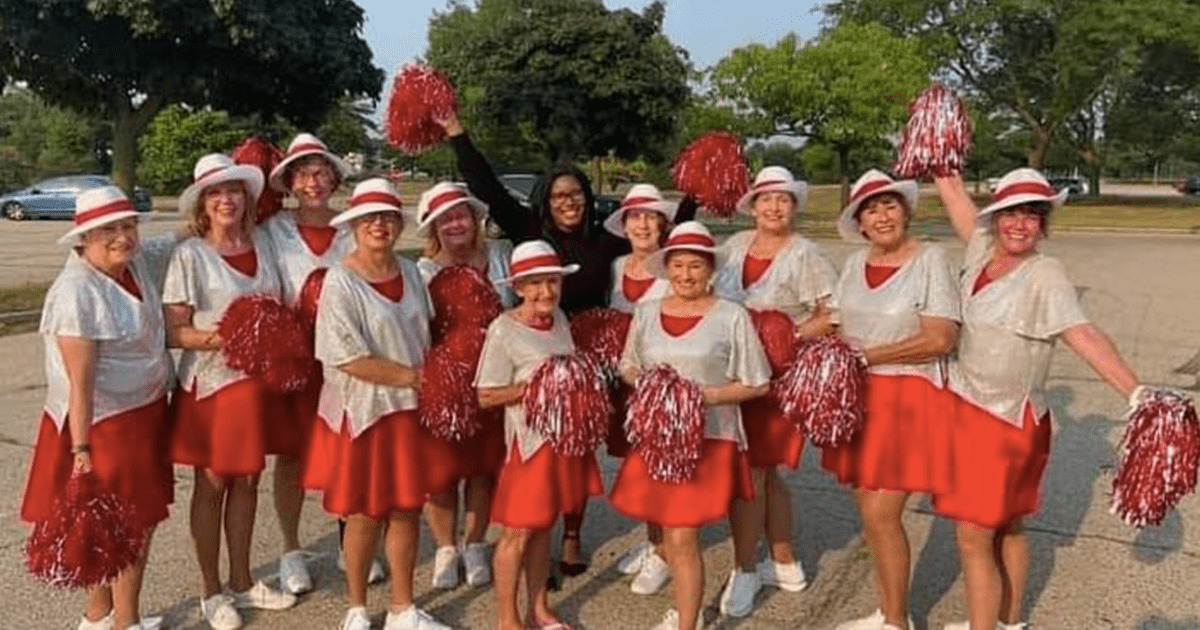 Of the five people killed in the attack on the Waukesha Christmas parade at the weekend, four were members of a dancing group known as the “Milwaukee Dancing Grannies”.

The US was left reeling in shock on Sunday after an SUV plowed into crowds gathered at Waukesha, killing five and injuring dozens more.

As per the Milwaukee Journal Sentinel, Virginia “Ginny” Sorenson, 79, LeAnna Owen, 71, and Tamara Durand, 52, were members of the Dancing Grannies, known for carrying pompoms and entertaining crowds with synchronized dance routines.

81-year-old Wilhelm Hospel was there to help the group because his wife Lola is a member. A fifth victim, Jane Kulich, 52, was killed as she walked beside the company’s parade float.

Jane’s husband, John Kulich, said at a vigil on Monday night: “She was here, part of a bank passing out candies with a float.

“She was the best mom, the best wife, the best person I knew.”

The husband of Tamara Durand, David, told how his wife was the youngest member of the Dancing Grannies at 52, and how the Waukesha parade was the first time she had performed with the group.

David told the New York Post: “I wasn’t able to get close to her body because they were blocking everything off. There were a lot of bodies and injured people, so it was not easy to see at first. So I had to identify her at the morgue.”

He added: “She danced her way through life, and she danced when there was no music. And she was beautiful and attractive, but it was funny because she ate Twinkies for breakfast. She had more sugar than a sugar factory, but she ran every morning whether it was 15 degrees below or 85 or above.”

Durand had written a Facebook five hours before the parade revealing her excitement. “HERE WE GO!” she wrote in the post.

Wilhem Kopel’s older brother, Theodore, said he was playing golf when he heard the news.

“I was talking to him this summer, and he said, ‘Who do you think is going to be the first one to go,’ you know,” Theodore told. “And lo and behold, the youngest one goes first.”

“Our group was doing what they loved, performing in front of crowds in a parade putting smiles on faces of all ages, filling them with joy and happiness,” the post read.

“While performing the grannies enjoyed hearing the crowds cheers and applause which certainly brought smiles to their faces and warmed their hearts.“

The group added: “Those who died were extremely passionate Grannies. Their eyes gleamed …. Joy of being a Grannie. They were the glue …. held us together.”

A 39-year-old male, Darrell Brooks, has been arrested and charged with five counts of intentional homicide. A total of 48 people are said to have been injured when he plowed into crowds at the event.

The district attorney has revealed that Brooks was out on bond at the time.

“This is a very easy cause and effect when you let somebody out like that,” David Durand said. “It’s just a nonsensical, stupid thing. It’s not complex: bad guys do bad things, and then he gets out and does more bad things, and people die.”

Our thoughts are with all the victims of this senseless crime. May the fallen rest in eternal peace.

Please, share this article on Facebook if you want to send prayers where they’re needed, and let us know what you think the penalty should be for Darrell Brooks.