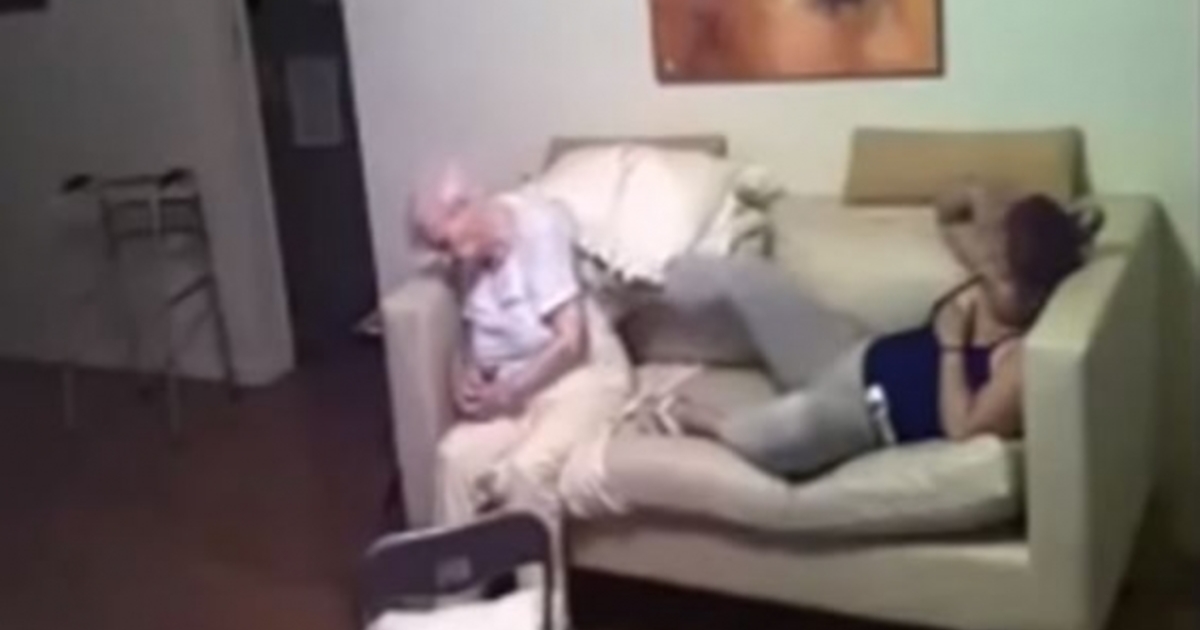 Health professionals who work with the elderly and disabled deserve our deepest respect – for the amazing effort they put in every day of the week.

Perhaps that’s why I get so disappointed when I see one who does not take their responsibilities seriously.

Beating up someone, unless it is in self-defense, is totally unacceptable in my world. And beating someone who is old and ill – now, that makes me angry beyond words.

One daughter from Argentina, Miriam Marino, was worried about the treatment her 94-year-old mother with Alzheimer’s was receiving. So she decided to set up a hidden camera as she suspected that the care worker she’d hired was not doing her job.

But what she saw on the film left her completely shocked, and was something that nobody could have prepared for.

Miriam became suspicious after her mother’s neighbors alarmed her that the nurse she’d hired was not doing her job, according to UK-based Metro.

So Miriam put up a surveillance camera in her mother’s room in the apartment. When she later reviewed the tape, she saw the unthinkable – the nurse was kicking and hitting her mother.

Miriam decided to post the video on Facebook so that no one should ever consider hiring the abusive carer. She simply wanted to warn others.

Police were informed too, but it is unclear what happened after that, writes The Mirror.

Please share if you agree this is completely unacceptable!