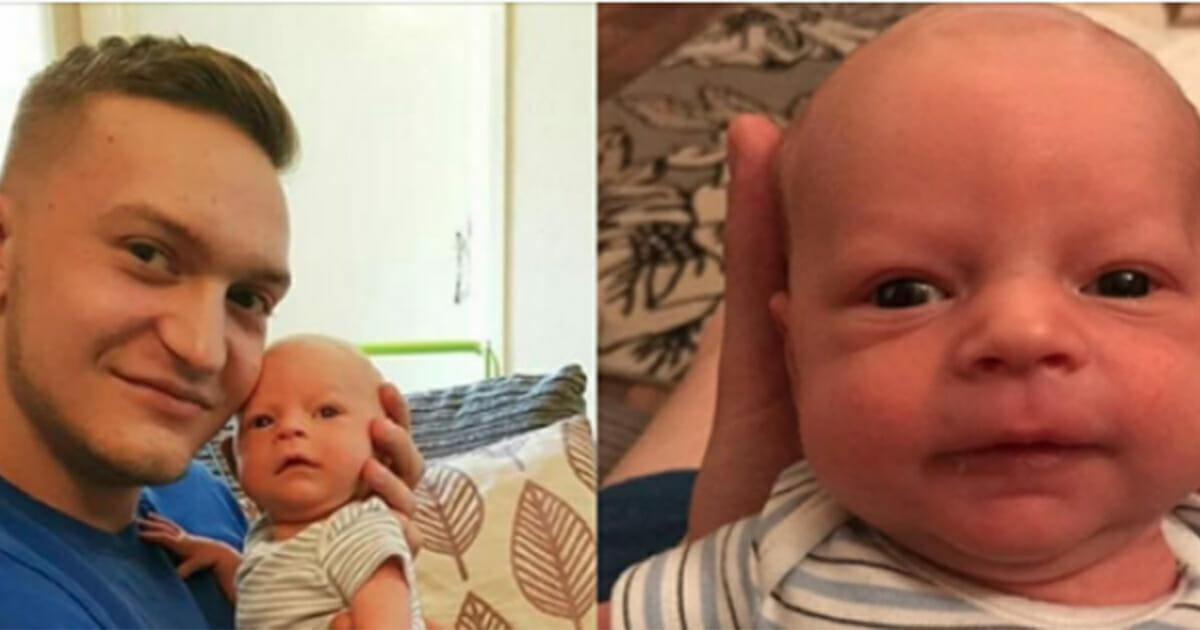 Anyone who’s ever had a child can tell you how magical the first few weeks are. Becoming a parent is, after all, one of life’s greatest challenges.

It was exactly that for 25-year-old David Hulley of Stockport, England, who became a dad for the second time a few weeks ago.

One day, however, he was lying on the couch with his newborn baby in his arms. Two hours later, he awoke to discover something was terribly wrong indeed …

When David fell asleep with four-week-old Karson Winter-Hulley in his arms, he thought the child perfectly safe. As the young dad told The Sun: “He seemed to calm down and snuggled in to me. I was comforting him whilst the bottle warmed up, I was just admiring him and amazed by him.

“He went off to sleep and I fell asleep with him on the sofa. I wasn’t fully lying down, I was right up against the back and he was on my arm. I just dozed off.”

Two hours later, though, David woke up on the sofa with the baby still in his arms. He instantly realized there was something wrong when Karson made no sound. Despite David’s best efforts, the boy was unresponsive.

“I ran upstairs and said to Beverly I think something’s wrong with him. Beverly tried kissing his mouth but she couldn’t feel anything. We called an ambulance and they tried to resuscitate him.”

The couple immediately made for the hospital in a bid to save their baby. It was in vain, though; the four-week-old was already dead.

Doctors had sadly been unable to help. Karson had suffered from instant Sudden Infant Death syndrome (SID), and they didn’t know why. As per the Care Guide, it’s something that occurs when a child is sleeping, and it’s difficult to spot signs that anything is wrong.

This is reinforced by David’s testimony that confirms very little seemed to be awry with Karson the night he died.

Pathologist Melanie Newbold said: “He was quite a small baby for his age. He had no outside injuries or marks and was perfectly normal. He had signs of a common cold, but he was well until he died.”

Our thoughts go out to the family. Rest in Peace, little Karson.

"It is every parent’s worst nightmare."