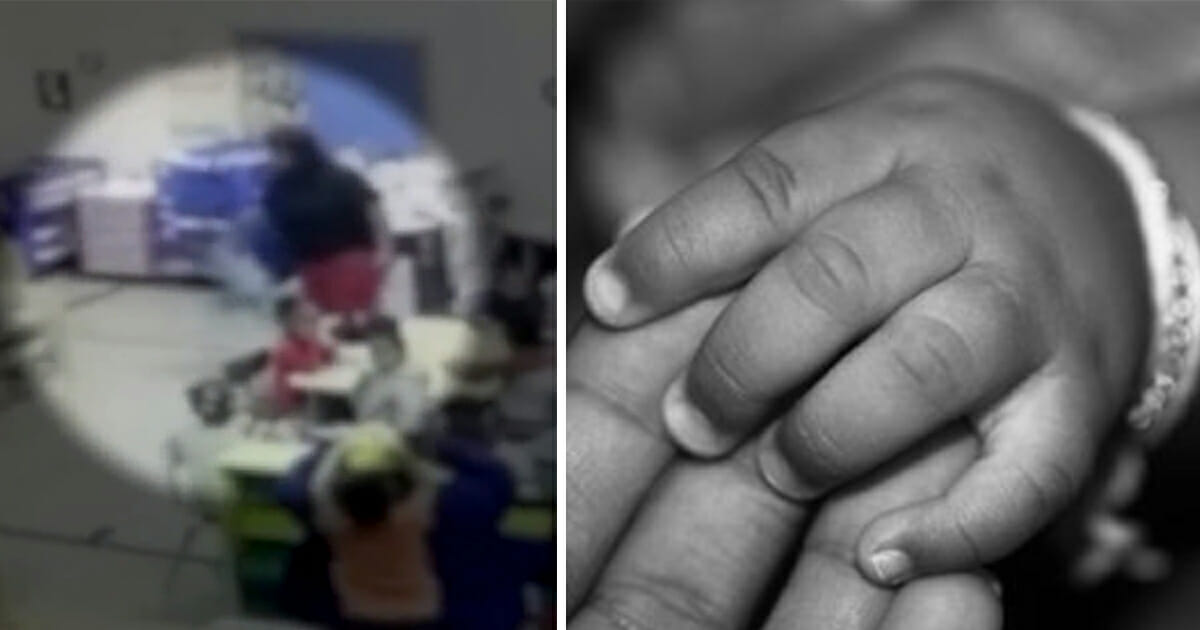 When we send our children to daycare, preschool, or even school, we do so in the belief that they’ll be properly looked after, monitored and cared for.

What we never anticipate, of course, is that they’ll fall prey to violence at the hands of the adults charged with their safety. That we don’t expect it, however, doesn’t mean that it’s beyond the realms of possibility.

Just ask the mother of a three-year-old girl who was allegedly assaulted by one of her teachers at a daycare in north St. Louis County, Missouri. The girl’s injuries were so bad that she was forced to go to hospital, according to the Daily Mail.

As per reports, the child in question was thrown against a cabinet by one of the teachers at the Brighter Day Care and Preschool, for no apparent reason. Compounding matters, the family also claim the daycare waited five days to look at footage from the surveillance cameras, this in spite of the young girl requiring seven stitches.

The local police have confirmed this isn’t the first time incidents of such a nature have been reported at the school, prompting fears there may be a widespread problem going unnoticed.

Reports state the incident occurred on February 2, with surveillance cameras having captured the three-year-old girl standing alone in the corner of her classroom for two minutes. Her teacher suddenly appears, grabbing the child’s arm and dragging her. She then throws her across the room in front of the other students, using enough force to leave her sprawled on the floor.

In the footage, said teacher can then be seen walking away for a time, before returning to the visibly distressed child. When she sees the extent of the injuries she’s caused, she immediately panics, carries her to a desk and begins dabbing at her head with a paper towel. An ambulance was soon called to attend the child, though the teacher told a barefaced lie in the note to the child’s parents.

In the Description of injuries section, the teacher wrote: “Bump her head, when she fall out on carpet.”

Naturally, the family have hired an attorney. Jennifer Hansen, who will represent the family in legal matters from, told Fox2 News: “In no world did this family have any idea that what was called a fall was actually an assault until they came to see that video. One of the more egregious aspects of this case is that the daycare director told the family that she did not watch the surveillance tape until the family was with her.”

“The daycare could’ve reviewed that footage at any time. They didn’t and they allowed the daycare worker who assaulted this little girl, to continue to work at the facility for five additional days,” Hansen continued.

The daycare claim the teacher was instantly fired after the director saw the video, with police and child care inspectors now investigating the matter.

You can see the footage of the shocking incident below:

The family of this little girl are rightly outraged. No child should ever suffer abuse at daycare!