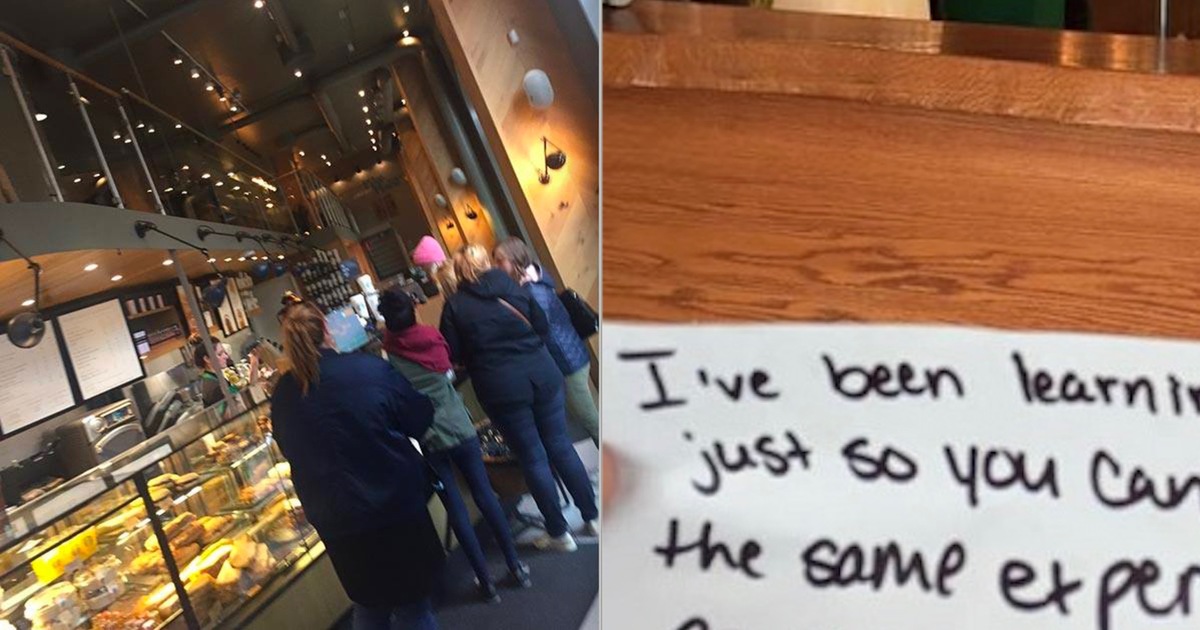 Most people don’t realize how stressful it is for people with disabilities to do something as straightfoward as ordering a coffee. And even if they do notice, how many people do anything to help?

We were so happy to hear this story about a barista who made the effort to make life a little easier for a fellow human being.

Ibby Piracha, who became deaf when he was two years old, goes to his local Starbucks in Leesburg, Virginia at least three times a week. He usually orders the same thing: a caramel Frappuccino.

Even if all the baristas know him and know what he’s going to order, Ibby writes his order on his phone and shows it to the barista.

But one day, one of the baristas did something that changed everything.

Ibby showed the barista his phone and ordered his usual Frappuccino. But to Ibby’s great surprise, the barista, Krystal Payne, passed him a handwritten note in response.

“I’ve been learning ASL just so you can have the same experience as everyone else,” the note read.

Then, Krystal asked him in sign language what he wanted to drink.

Ibby was blown away that someone had taken the time to learn sign language and make him feel welcome.

“I was just so moved that she actually wanted to learn sign. Sign language is really a totally different language and it was something that she wanted to do because of me? Because I was a deaf customer? I was very, very impressed,” Ibby told WJLA.

According to Starbucks, Krystal Payne spent hours watching YouTube videos learning basic sign language so she could give her regular customer the service she felt he deserves.

Ibby was so taken by Krystal’s kind gesture that he had to let the world know. He posted a photo of Libby’s note on Facebook with the hope that more people in the hearing world will take time to understand the deaf community.

Most people probably think that what Krystal did was above and beyond the call of duty. But for Krystal, it wasn’t such a big deal.

“My job is to make sure people have the experience they expect and that’s what I gave him,” Krystal says.

Thanks to Krystal’s amazing effort, Ibby can go to his favorite coffee shop and order just like everyone else.

Please share this story if you also think that Krystal Payne’s incredible effort should be celebrated!