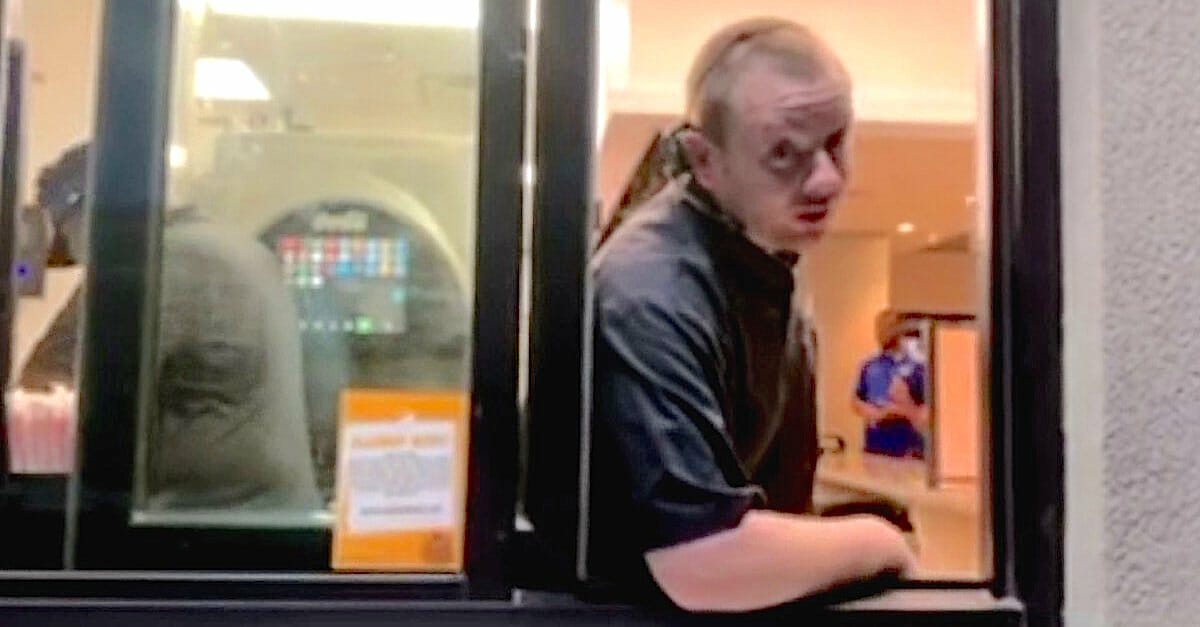 Life can be tough at the best of times, let alone when you have a disability the majority of people don’t have to contend with.

Rachel Hollis is deaf, but she manages to get around just fine through various methods of overcoming the potential issue of communication.

When she pulled into the drive-through at an Oklahoma Burger King, she assumed it would be a relatively painless task.

She was on the way home from picking her two sons up from hockey practise, and had typed out her order on her phone, which makes it easier to relay what she wants.

Little did she know, however, on that particular night she would be left in tears …

When Rachel Hollis arrived at a Burger King drive-through in Oklahoma, she wasn’t prepared for things to take the turn that they did.

She had written out her sons’ orders on her phone, only to notice a look of frustration on her server’s face when she held the screen up.

In that moment, Rachel began to sense the potential for confrontation, and so hit the record button on her phone, just in time to catch the employee handing her a note.

The note read: “I can’t do a full order at the window. It’s too busy.”

Moments later, after the confused Rachel stayed where she was, the employee then ordered her to come inside and slammed the window shut. He then called the police.

Needless to say, Rachel was left hurt and feeling discriminated against. She told KFOR that she had kept it together for her children’s’ sake, but when she got home she was left in tears.

“I was very upset, I was crying, I was tired. I’m tired of discrimination,” she explained. “I’ve never experienced anything like that, for someone to call the police. That’s crazy, it just doesn’t seem right.”

Watch the encounter in the video below:

In the aftermath of the incident, Burger King confirmed that they had fired the employee responsible. In a statement to KFOR, they said: “All guests should be treated with respect and provided with a high level of service at our restaurants. The restaurant owner has reached out to the guest and her family to apologize, the employee was terminated and all employees at the location will undergo additional sensitivity training to ensure our customers always feel welcomed.”

We just can’t understand why anyone would behave the way this employee did, especially not someone tasked with customer service!

Help us by sharing this article on Facebook, to raise awareness and potentially educate all those who might behave in the same intolerable way.