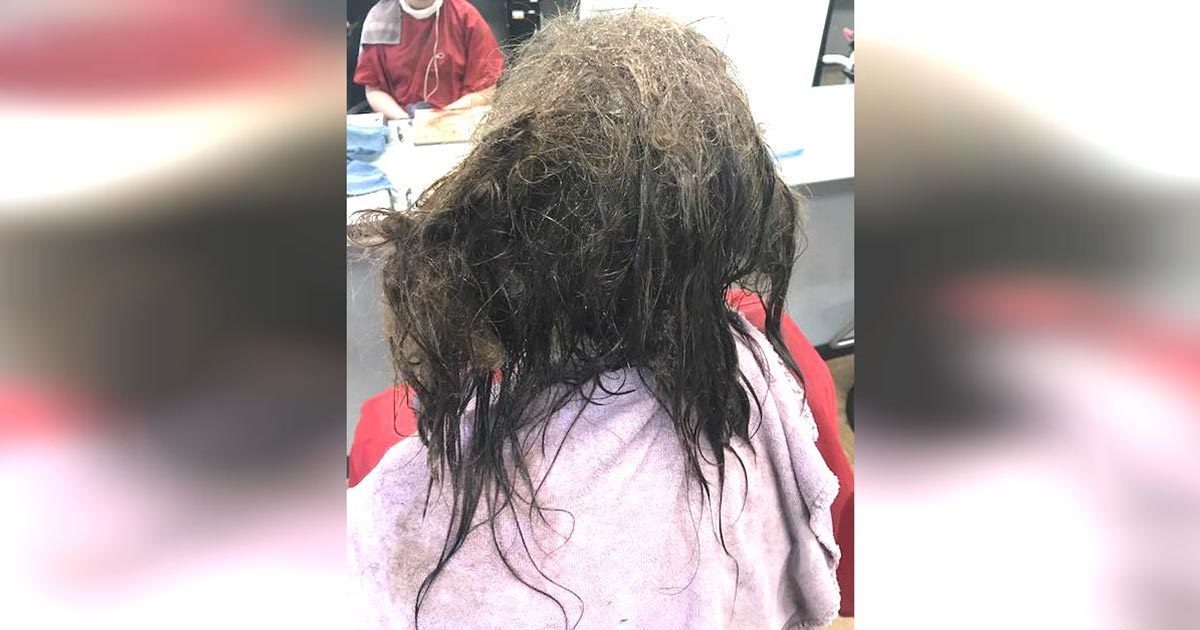 It might sound surprising, but the work that hairdressers do is much more important than you might think. It turns out that something as simple as updating your hairstyle can do wonders for your self-esteem — and sometimes, all it take to make someone feel beautiful again is a little change.

Jusk a grandma named Mary Johnsen, a security guard named Holly, or a hairstylist named Kayley Olsson, who recently faced one of the toughest challenges of her career.

A teenager walked into her salon, and the girl was battling depression to the point that she stopped brushing her hair.

Her hair had become tangled, dirty, and unruly — just as her school’s class photo day was approaching.

She asked Kayley to “cut it all off” because she couldn’t bother herself to brush it anymore.

But Kayley had other plans. She decided to help the teenager.

“It honestly broke my heart and we tried everything we could to keep this child’s hair for her!” Kayley Olsson wrote on Facebook.

So instead of grabbing her clippers, Kayley spent a total of 13 hours giving the girl a total makeover… until her matted, tired hair was replaced by a beautiful new haircut. And the result is just wonderful!

Kayley’s wholehearted effort was worth so much more to the girl than just a new haircut.

“After being here eight hours yesterday and five hours today we finally made this beautiful girl smile and feel like she IS worth something!” Writes Kayley Olsson on Facebook. “Her last words to me were: ‘I will actually smile for my school’s pictures today. You made me feel like me again.'”

Meeting the depressed teen moved Kayley so much that she wrote about the encounter on Facebook.

Now, she hopes that her post, which has received hundreds of thousands of reactions in just a few days, will be an important lesson to people across the world.

“MENTAL HEALTH is a thing, it effects people all around the world and of all ages! PARENTS take it serious don’t just push your kids off and tell them to get over something they legitimately can’t. A CHILD should NEVER feel so worthless to not even want to brush their hair,” Kayley concluded.

I’m so glad that the girl was able to go to school with a smile on her face again. Because when it comes to the confidence, nothing is more important than how we feel inside.

Share this article to spread Kayley’s important words and help her inspire more people to lend a hand to those in need!