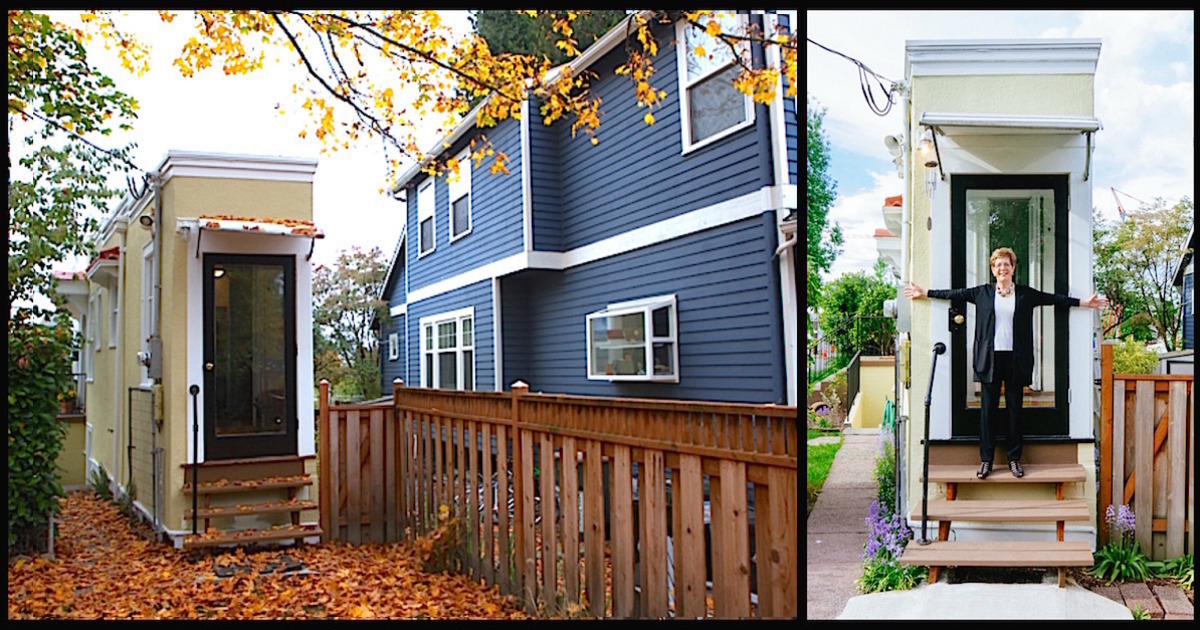 Before most of us were born, in 1925, a small, narrow house was built in the heart of Seattle.

This was long before the construction of small houses became a popular movement.

There are two different stories behind the so-called “Seattle Spite House”. One is that a neighbor mocked the landowner who bought the small strip of land – then the owner responded by building the small house on the site.

But the most popular story is about a couple who divorced decades ago.

According to Oregon Live, a husband and wife owned a house together. But during their divorce, the husband took everything except a small piece of the garden – which his wife had. But he also told her the land was basically unusable.

The woman looked at the little strip and decided she would build a house on the site. And it has remained there ever since.

The result was a mini-house with two adorable bedrooms, two small bathrooms – which is in width at its narrowest point.

Clay Wallace, the current owner, bought the “Seattle Spite House,” without knowing its fascinating history, but despite extensive renovations has tried to keep the house’s charm and history.

Take a tour of “Seattle Spite House” below, and please share this amazing home with your friends on Facebook!

Isn’t it amazing? I wouldn’t refuse to move in there!