Imagine having a mystery illness for 10 years. Imagine suffering while your physical condition deteriorates, and having doctors tell you they simply don’t know what’s happening.

That was the painful reality for 41-year-old Kathi Wilson, who spent more hours than she could count in doctors’ waiting rooms praying for answers that never came.

Over the course of a decade, things deteriorated to the point where she could barely walk. She spent whole days at a time sleeping, in a bid to combat the fatigue and mental anguish – medical professionals were simply stumped as to what was wrong.

Eventually, the problem was discovered. When it was, however, it wasn’t through any breakthrough in medical science; not from an extremely bright doctor with a flair for the unusual. No.

Instead, her diagnosis was handed to her by two men who arrived in a dusty pickup truck…

It was ten years after the beginning of a nightmare for Kathi Wilson, when she decided to treat herself to a new bathroom. Having struggled from a mystery illness for a decade, Wilson wanted a sanctuary she could retreat to, and so a team of contractors ventured out to her house to tally the necessary upgrades.

They decided they’d have to redo the shower, add modern tiles, and revamp the water heater, amongst other things. When the crew came to remove the old heater, though, they were met with a truly startling discovery. 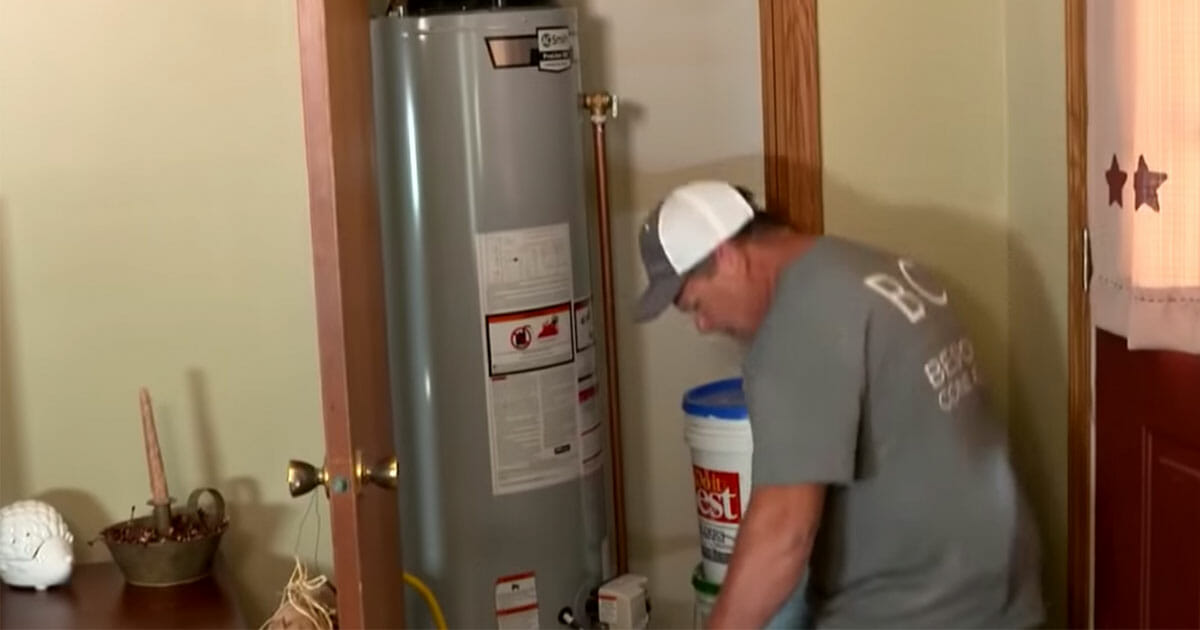 Kathi’s old heater had been installed ten years prior, but it had been done so incorrectly. Kathi had no idea, but the tank had been gradually leaking a poisonous gas into her home.

The contractors soon realised how severe the problem was and contacted Kathi to give her the news.

When she received the information, it was something of a Eureka! moment. Kathi put two and two together and realised, with sudden clarity, that all of her symptoms made sense.

A couple of men sporting blue jeans had figured out what doctors could not… Kathi could finally fix her problem.

Now Kathi’s on the mend, and we’re happy to say she’s back to living the life stolen from her for ten years!

For more on this incredible story, and the dangerous gas that plagued Kathi’s home, watch the video below:

Thankfully, Kathi is now on the mend! Just imagine what could have happened if she hadn’t decided to have her bathroom changed?

Were you amazed by this tale? Share this with your friends and family and spread Kathi’s story!