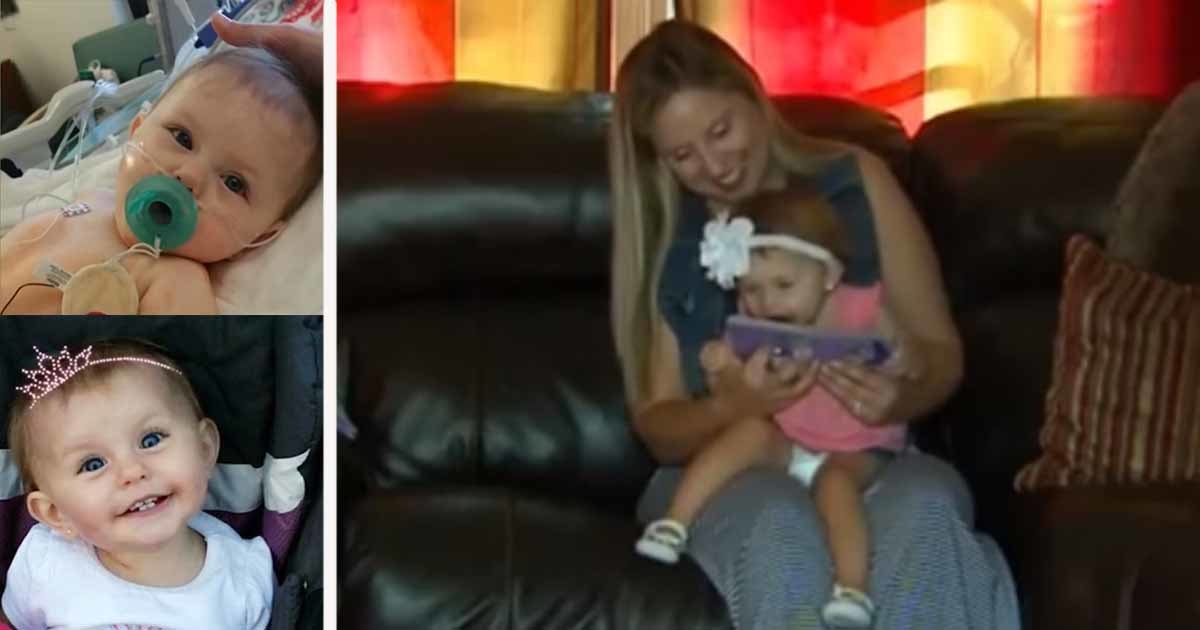 It’s often best to trust your gut instincts if you’re a mother, and this story goes to show important it is to act on those feelings.

The bond between mother and child cannot be understated, sometimes it can make the difference between life and death.

For Christina Grimes, her baby daughter Nadia’s health is the most important thing in the world. So when Nadia started having problems eating, she took her straight to the doctor.

After examining her, doctors told Christina that it was simply a virus, which would go away. But Christina’s gut instinct wasn’t satisfied and it was telling her it was something else.

The bond between Christina and her daughter Nadia is so strong that Christina rejected the opinion of numerous doctors in her pursuit of the truth.

It essentially means that the arteries surrounding Nadia’s throat grew abnormally, and eventually formed a ‘ring’ around it, making it extremely difficult for her to swallow.

Nadia was put through two heart surgeries in order to correct the problem.

But thankfully they have been a success so far, and the brave little girl is well on her way to recovery – thanks to her mom trusting her own instincts.

Watch a broadcast on the story below:

What bravery from this mom to trust her own instincts! Please share with any parents you know so that they can get the courage to do the same.