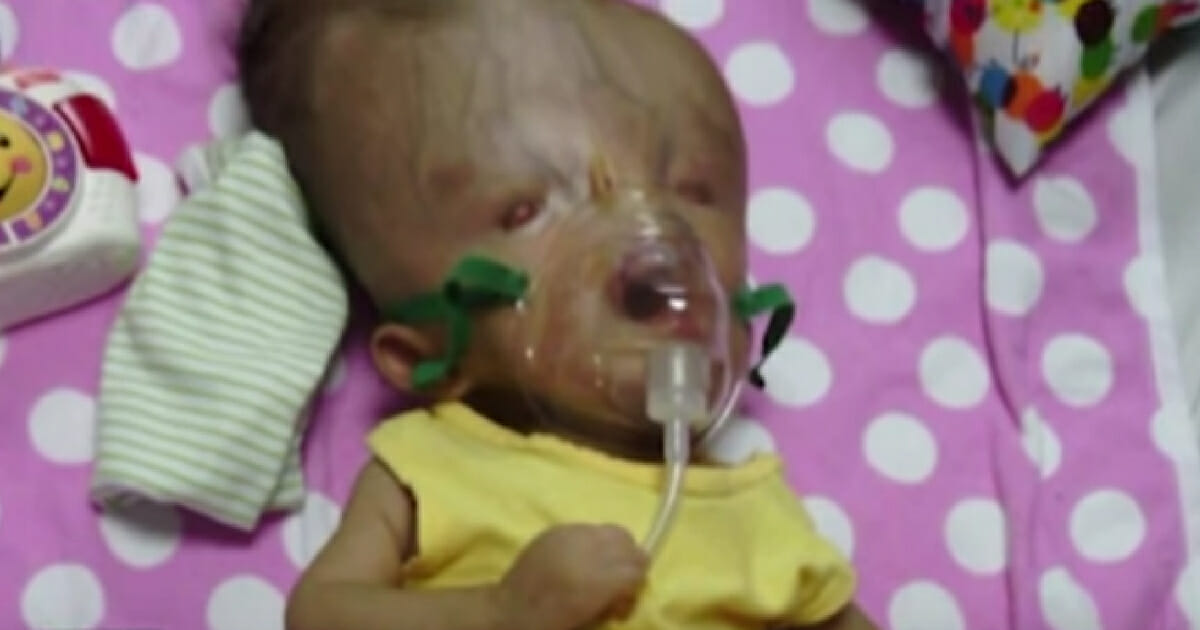 As a mother, you have an unbreakable bond with your child that often starts well before they’re physically born. Sure, the moment you first lay eyes on them is one too big for mere words, but it’s the very first time you realise you’re pregnant that something changes inside of you.

For Soleannys Lugo, this was exactly the case. In fact, she loved her unborn child so much that she was prepared to ignore doctors when they advised she terminate her pregnancy after seeing deformities on the ultrasounds.

Doctors were worried Lugo’s daughter would always live in a vegetative state, but the mom was determined to give birth as she had planned. Three years later, she has quite the story to tell.

After seeing deformities appear on Soleannys Lugo’s ultrasounds, doctors advised the mom to terminate her pregnancy as they believed her daughter would not be “compatible with life”.

Lugo herself, however, wasn’t comfortable making that call. She remained convinced that her baby could respond to her from inside the womb.

As per the Daily Mail, the Venezuelan said: “Even though we were told she was a vegetable, I assured them she was not because she kicked me (in the womb). She responded to stimuli, when I talked to her she responded with kicks and she liked instrumental music, she moved a lot with all of this.”

A post shared by Helianny francheska (@laguerrerahelianny) on Jan 8, 2018 at 4:08pm PST

Having made her final decision, Lugo delivered her daughter, Helianny at 39 weeks via caesarean section. As expected, she had a number of deformities, including a cleft lip, unformed eyes, and clubbed feet and hands.

The girl was also born with hydrocephalus, a build-up of fluid in the cranial cavities. This not only causes an abnormally large head, but can also result in tissue damaged to the brain.

Doctors were certain Helianny wouldn’t survive. In fact, they were so convinced of it that they gave Lugo’s husband holy water with which to perform a baptism. And yet Helianny miraculously fought through. Not only did she live past her birth, she’s still alive today… three years later.

Lugo is well aware her daughter isn’t the same as other children, but she says her love allows her to see things in different light.

“I would compare Helianny’s appearance back then to a ‘supernatural queen’ because she had a crown embedded in her head. The three protrusions on her head looked like a crown,” she said. “I perceived her beauty then and still do to this day.”

To this day, Helianny continues to fight. Lugo and her husband do their best to give her as normal a life as possible, all the while combatting judgemental remarks and strange looks from other people they encounter.

For more on Helianny’s story, watch the video bellow:

Lugo’s decision not to terminate her pregnancy is certainly a topic that will instigate hot debate.

Do you think all children deserve a chance to live? Should Lugo have listened to the doctors? Let us know thoughts in the comments box below. Don’t forget to SHARE this article to pay tribute to the indomitable strength little Helianny has shown.