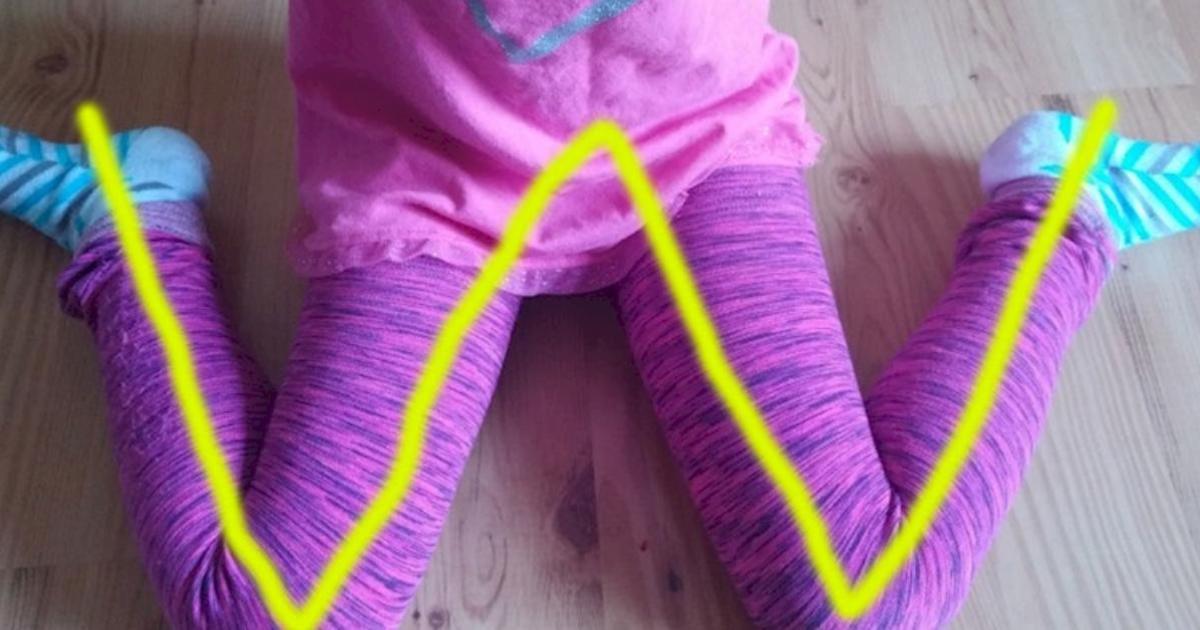 As children get older, they learn plenty of new things.

Little is as wonderful as watching your children progress from simply being able to crawl, sit up, and eventually take their first steps.

Every new movement, however, is no easy task for any child. It takes a lot of practice before the movement becomes coordinated enough for the child not to have to consciously think about it.

While still infants, it’s of course difficult to necessarily monitor or control every child’s newly learned movement, but as they grow older and understand their bodies more consciously, harmful or bad habits can more easily be managed.

The W-sitting position is one prime example – doctors are now warning that for children to sit in this position could be dangerous.

The picture above shows the so-called W-position.

The child sits on his or her bottom, with their calves laying outside their thighs, forming the shape of the letter W.

What many parents ignore is that sitting in this position can harm a child’s physical development.

According to physiotherapist Magdalena Oledzka, sitting in this position can lead to twisting of the hips, knees and feet – something that could complicate physical development.

According to doctors from Movement RX in San Francisco, US, it isn’t just the feet, knees and ankles which can be damaged by his position.

When a child sits this way, it may be a sign that their abdomen muscles are too weak to sit in other positions.

“If your child is sitting in several different positions, there is no reason to worry. But if your child only sitting in the w position, I would talk to a pediatrician and ask to meet with a physical therapist to see if there is any underlying cause,” physiotherapist Magdalena Oledzka told Fix 11 News.

Fortunately, there are several other seating positions which children can learn and adapt themselves to.

Magdalena Oledzka suggests to encourage your child to sit up straight, with their legs ahead of them, for example.

Sitting cross-legged is also good, according to experts. The important thing is that the child can rotate from their bottom in all directions, so that the core muscles develop properly. The younger a child is, the more this is crucial.

If you frequently see your child sitting in the W-position, gently encourage them to sit in a different position.

Since most children and parents may not know how dangerous his position may be, I think it’s important to help each other to share information on.

Together, we can hopefully make a difference!