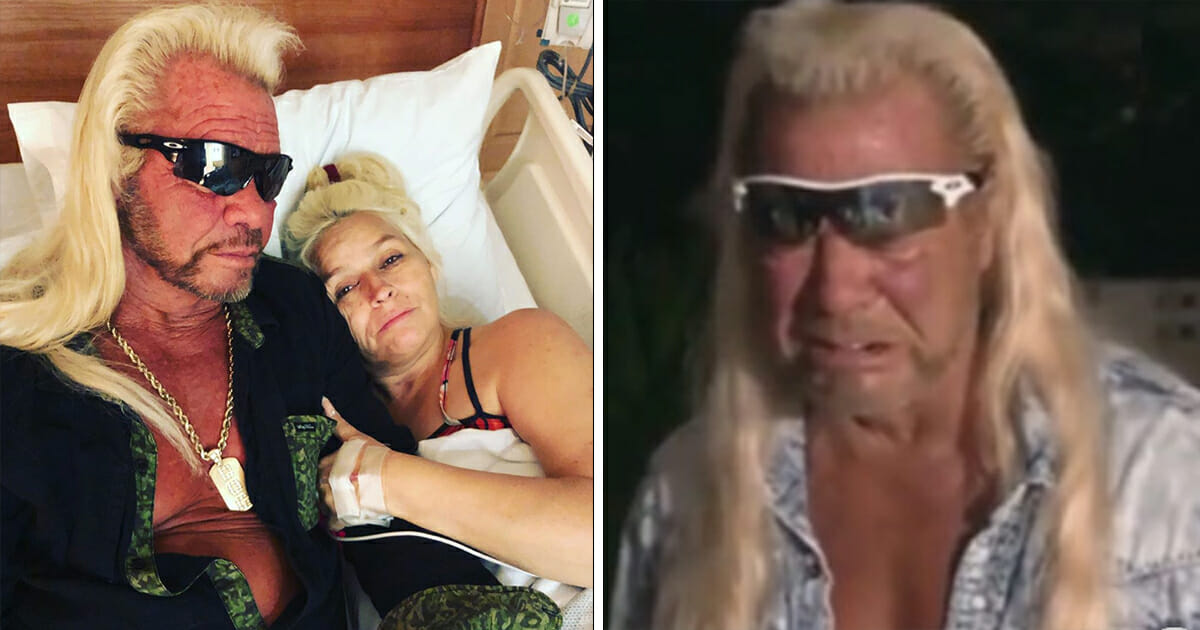 Duane Dog the Bounty Hunter Chapman has opened up on the heartbreak of losing his wife Beth, admitting he battled with suicidal thoughts.

Much-loved Beth Chapman passed away on June 26 after almost two years fighting cancer. Husband Duane spoke candidly in the immediate aftermath, telling people he was struggling to live without her.

Now, though, new footage has emerged of the famous bounty hunting star breaking down as he came to terms with Beth’s death.

In the film, part of the season finale of Dog’s Most Wanted, Dog can be seen saying: “I just hope that I don’t live very much longer without her because now she made the first step, she’s through the gate. She’s paved a way for me.”

The 66-year-old then debated taking an overdose of painkillers, but thought better of it as he didn’t think it would be right by Beth.

“I feel like if I did something to myself right now and passed away, suicidal, and I got to Heaven, I’d go, ‘Hi, honey!’,” he said.

As per TMZ, Dog watched the emotional episode surrounded by family and friends at his Colorado home.

It’s said the group shared their grief together, giving Dog some closure through knowing he can overcome this with the help of those who love him.

Rest in peace Beth Chapman, missed by so many. We can only hope Dog finds a way to get over the immeasurable feeling of loss.

Share this article to send a message to cancer that together we will not be beaten.